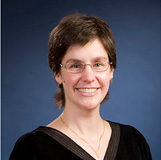 Terry joined WPI's Office of Corporate and Foundation Relations in 1997, spending twelve years as a development officer focused on building relationships for WPI's offices of K-12 Outreach, Women's Programs, and Diversity Programs. She served as the WPI Program Manager for Project Lead The Way from 2009 to 2017. Terry then accepted the position of Operations Manager for the STEM Education Center at WPI.

Prior to joining WPI, Terry spent five years at GE, in their Manufacturing Management Leadership Program and several manufacturing, engineering, and quality control positions. She received her BS in Manufacturing Engineering from WPI and her MBA from Southern New Hampshire University.