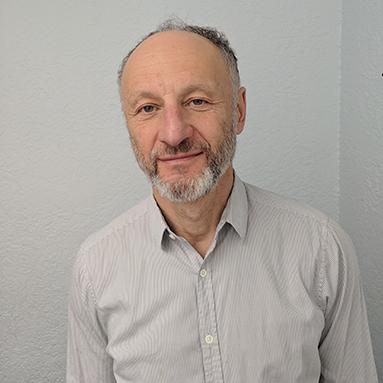 I have spent nearly my entire career in industrial research labs, first at the Central Geophysical Expedition (CGE) of the Russian Oil Ministry and then at Schlumberger-Doll Research (SDR) of Schlumberger Technology. My scientific style was formed from interactions with outstanding mathematicians and engineers I first met at CGE, in particular my mentor Professor Alexander Kronrod: “First you identify a hard, relevant applied problem, and then by solving it discover new mathematical insights”, e.g., as in the case of the celebrated Gauss-Kronrod quadrature rules developed for the simulation of nuclear reactors. At CGE and SDR my focus had mainly been on the modeling of electromagnetic and elastic fields used in geophysical exploration and the solution of the corresponding inverse problems. These are intrinsic "big data" problems, and their efficient solution required the development of both new numerical methods and analysis in PDEs, linear algebra and inverse problems. By working with my academic collaborators, I became interested in other remote sensing problems, i.e. sonar, radar and medical imaging. Most recently I also became involved in algorithm developments for "proper big data" problems such as cluster analysis and reduced order modeling via deep networks. The complete bibliography list can be found at: http://scholar.google.com/citations?user=sn0S7WsAAAAJ\&hl=en.

In the July of 2018, after a long career in industry, I joined the Mathematical Sciences of WPI, and I am excited about the new research and mentoring opportunities that I may reap.