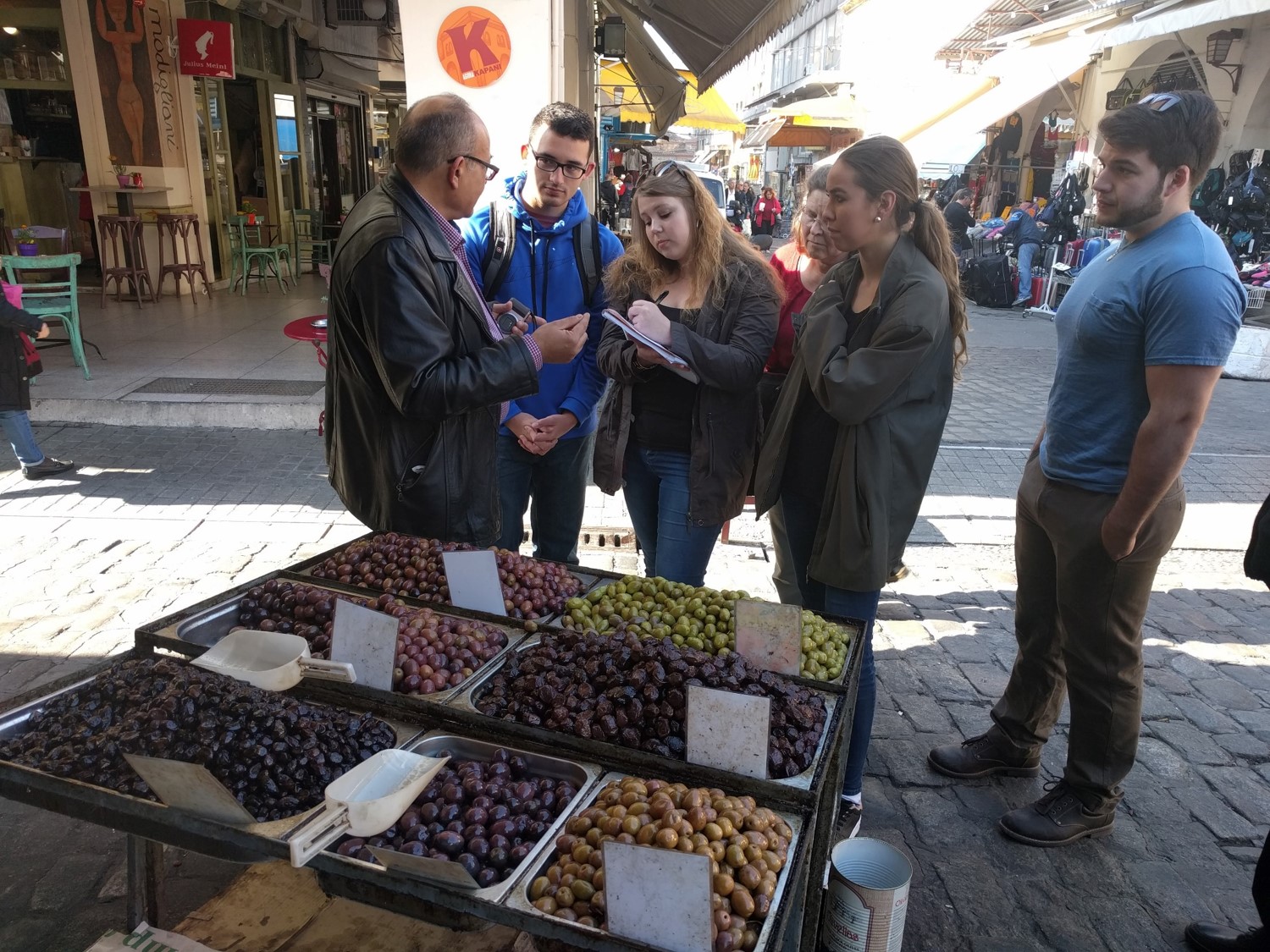 Thessaloniki, Greece Project Center - IQP
Current Director(s):
Robert Hersh
Program Term(s):
D-Term during spring
Project Opportunities:
Interactive Qualifying Project (IQP)
Get Started
Founded in 315 BC, Thessaloniki, located in northern Greece, is a modern, bustling city, the second largest in the country.  It is located in the northwest corner of the Aegean Sea, less than 60 miles from Mt. Olympus and some 200 miles from Athens.  For more than two millennia it has been the major seaport for southeastern Europe, linking the Mediterranean with the Balkans, Europe with Asia. The city’s rich and diverse history can be seen in its architecture: a vast Roman forum was uncovered in the commercial heart of the modern city; in the old part of the city, Ano Poli, a UNESCO World Heritage Site, one can visit Byzantine churches and Ottoman-era bathhouses.  The city, a former Culture Capital of Europe, is well known for its cuisine, its open air markets, and its lively student population.  Aristotle University, the largest in Greece, is located near the city center.  The beautiful beaches of Halkidiki are less than 45 minutes away and there is ample opportunity to hike in the Olympus mountain range. WPI students have been completing projects in Greece since 2016.

The WPI Greece Project Center collaborates with Perrotis College of Agriculture, Environment, and Life Sciences, which is part of the highly regarded American Farm School. The college is located on the outskirts of Thessaloniki a short bus ride away from the city center. Students will work on projects to help create a more resilient and sustainable food system and regional economy. Projects will take place in Thessaloniki and surrounding rural areas.  The projects are proposed by Perrotis college faculty, community organizations, non-governmental organizations, local researchers and others participating in the region’s food and agricultural sector and urban planning initiatives.  Likely topics include urban agriculture and community gardens, green design, climate change mitigation, product development, and rural/culinary tourism.

Past students projects at the Greece Project Center have conducted research on the following topics: