Skip to main content
WPI is taking measures in response to the rapidly evolving coronavirus (COVID-19) situation. Get the latest information. 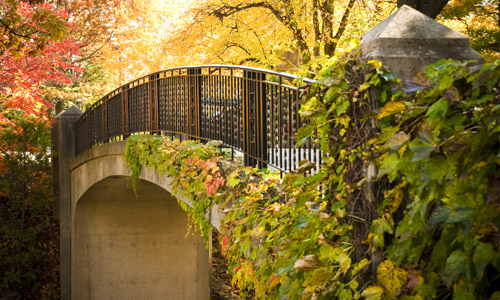 Built in the late 1930s, the footbridge over West Street was named for Rear Admiral Ralph Earle, WPI's sixth president, who presided over a campus expansion plan that resulted in Alden Memorial and Higgins Laboratories, among other campus landmarks. Students use the bridge to traverse campus on a daily basis—but their most memorable trips occur when they cross the bridge as a symbolic entry into WPI during New Student Orientation, and when they cross it again four years later to receive their well-deserved diplomas on Commencement Day.