Three student groups will be chosen to present at the ASM dinner where they will compete for a cash prize on the same day's evening.

Below are the titles, advisors and students who presented their MQPs under the Materials Science & Engineering Umbrella on project presentation day.

An increase of 250% in wrought aluminum usage in automotive manufacturing is expected by 2020. Consequently, the generation of new aluminum sheet scrap will also increase. Producing secondary aluminum only emits 5% of the CO2 compared to primary aluminum – a significant 95% decrease.  With the advent of opto-electronic sorting technologies, recovery and reuse of new aluminum scrap (generated during manufacturing) is at hand.  A series of interviews with industrial experts and visits to automotive stamping plants were performed in order to: (i) identify the most common wrought aluminum alloys from which scrap is generated; (ii) the present scenario - how scrap is collected today; (iii) and the types of contamination that must be accounted for during and after sortation. Recommendations are made herein that will support the development of an optimized scrap management system including sorting criteria that will enable closed loop recycling.

Additive manufacturing is a breakthrough technology that offers enhanced flexibility in customization of part geometry relative to traditional subtractive manufacturing processes. The major barriers impeding the broader adoption of this process are the lack of materials specifically developed for use with fused deposition modeling (FDM), the most broadly utilized polymer 3D printing strategy, and the need for further optimization of the process parameters. A recently developed fabrication methodology has been utilized in this study to create polymer-metal composites (PMCs) for use with FDM, based on acrylonitrile butadiene styrene (ABS) with additions of stainless steel (SS) powders. Printing parameters, including speed and temperature, were tested and optimized for composites with 0, 5, 10, 15, 20, 25, and 30 wt% SS. The resulting composites were evaluated using differential scanning calorimetry, dynamic mechanical analysis, and mechanical testing. The findings demonstrate the ability of the process to successfully create PMCs with adequate structural properties and increased functionality.

In pushing the limits of performance and efficiency in transportation applications such as automotive and jet engines, as well as rocket components, it is critical to utilize materials with optimal thermal and electrical conductivities. Aluminum alloys are widely used due to their high strength and low density in order to reduce weight and increase the fuel efficiency of air, ground, and water vehicles. Thus, novel methods for evaluating transport properties with higher accuracy and efficiency than current methods need to be developed and validated. The goals of this project were to establish a methodology and design a testing apparatus that would provide accurate and reproducible transport measurements. This method was created and validated using various cast and wrought aluminum alloys (A356, 319, 6061, 7075, 2024), and original correlations between the materials’ microstructures and conductivities were developed. Furthermore, design guidelines using the correlations were established and will be systematically discussed.

Light is a clean form of energy. The ability to use light to cause mechanical motion is relatively a new area of research that can bring benefits such as remote control of actuators and micro-machines. Graphene is a 2D nanomaterial that has high mechanical strength, thermal conductivity and broad optical absorption. Graphene nanoplatelets (GNPs) dispersed into a polymer not only improves mechanical strength and thermal conductivity but also enables high performance photomechanical actuators.

In this project, we dispersed (GNPs) into a Polydimethylsiloxane (PDMS) elastomer matrix to test the nanocomposite’s mechanical responses after being exposed to near-infrared light (NIR) in timed illumination cycles of on for 90 seconds and off for 50 seconds. Different concentration levels of GNP to PDMS (0.1-2 wt%) nanocomposites were made and varying levels of pre-strain (3%-40%) were applied to each test sample before it underwent the illumination cycle.  Highly stretched test samples showed reversible contraction while lowly stretched test samples showed reversible expansion.

In recent years, 3D printing has become a popular alternative to conventional manufacturing techniques; untapped potential exists for application of 3D printing across various industries. However, additional research on 3D printing technology is still required in order to produce accurate results and to be able to apply the technology to a wide range of industries. This research focuses on verifying relationships between printing parameters and thermal strain accumulated in 3D printed polylactic acid (PLA). Results from raster angle and layer thickness strain experiments were fit to an algorithm for predicting irreversible thermal strain. While experimental data trends agreed with theory in certain cases, magnitudes of strain deviated significantly from expected values. Such deviations required alteration of the set of algorithm equations. This research provides crucial initial steps for future research in developing an accurate method for predicting strain in Material Extrusion (MatEx) printed PLA parts.

The goal of this project is to design, analyze, and fabricate a pneumatically powered, functionally-graded soft robotic actuator made of a polymer embedded with nanoparticles, and later attach three of them to a hand-sized gripper assembly for object distribution. This was accomplished through finite element analysis, nanocomposite fabrication, and construction of a mechanical arm controlled by a wearable gesture controller.

The thin film generation of solar cells is a promising alternative to the market-dominating silicon wafer cells. Thin film cells have increased manufacturability by reducing cost and ecological impact, while having recorded efficiencies that rival that of traditional silicon cells. Several Hole Transport Layers (HTL) are available for flexible solar cells limited by effectiveness and price. Our group aims to show that CuSCN, cheaper than several other HTL layers, can be utilized on a flexible substrate. We compared the overall Power Conversion Efficiency of CuSCN cells to known P3HT cells and performed mechanical bend testing to show its viability. Through this we discovered that CuSCN can be used to create a working flexible cell but produces no obvious breakthroughs for the HTL layer in thin film solar cells. Further testing and lab work would be used to determine the potential of CuSCN and how it compares to its more expensive counterparts

Structural Features and Mechanical Properties of Five Species of Seaweeds

Macroalgae and seaweeds are plentiful and simple to cultivate in most coastal areas of the world. Current industrial uses of seaweed utilize chemically extracted polysaccharides and hydrocolloids found in seaweeds, not entire seaweed fibers. The present study investigates various material properties and structural features of seaweeds found in New England and Southern California. The dried samples were analyzed by microscopy, thermogravimetric analysis, and tensile testing. Tensile strength for these samples ranged from .7 to 29 MPa. Strength and the degradation behavior can be directly correlated to the amount of polysaccharides and cellulose in the seaweed. In general, red seaweed, with a highly organized cellular structure, has a greater strength than other types of seaweed with branched cells. These findings suggest a higher strength of cellulose-high morphologic areas of the seaweed due to the higher strength of cellulose compared to polysaccharides. The data obtained in this study can be used to aid future applications and studies of seaweed.

A Metallurgical Investigation of the Effects of Double Tempering on the Hardness, Impact Toughness, and Microstructure of AISI 4140 Steel

Low alloy steels are commonly used in industry for a wide range of applications that require high strength and toughness. Each application requires specific properties. In order to modify the alloy’s properties to meet the specification, a variety of heat treatment techniques are employed, including annealing, quenching, and tempering. Tempering is a metallurgical process by which toughness and ductility are improved. This procedure is conducted by heating the as-quenched martensitic steel to temperatures in the ferrite plus cementite phase region for several hours. Tempering is generally carried out in a single cycle temperature-time. However, the procedure may be conducted in two cycles with cooling to room temperature between the cycles. This process is known as double tempering. The goal of this project is to investigate the effects of single versus double tempering on the mechanical properties and microstructure of 4140 steel. To achieve this goal, samples of 4140 steel quenched and  tempered at 300, 400, 500, and 600 ºC in for the same total heat time in single and double tempers. The samples were machined for ASTM standard impact testing. The Rockwell hardness and Charpy V-notch impact energy were measured. The microstructure was characterized using optical and scanning electron microscopy (SEM), and carbides were extracted from each sample determine their size and geometry. The results are analyzed using the Holloman – Jaffe parameter.

Over the past decade, the performance of lithium ion batteries (LIBs) has improved greatly and costs have dropped significantly. However, emerging battery applications (EVs) demand increasingly higher energy density, lower cost, longer cycle life, and higher safety, which cannot be met simultaneously by current LIB technology. Specifically, cathode material is recognized as the key limiting component for both energy density and cost. Commercial cathode materials (LiCoO2, LiFePO4, Li2Mn2O4, LiNi1/3Mn1/3Co1/3O2) normally offer a specific capacity in the range of 130-160mAh/g. Currently, both industry and academia are searching for next generation cathode materials with a specific capacity of >200mAh/g for xEV applications, and LiNi0.8Mn0.1Co0.1O2 (NMC811) is viewed as a promising candidate in this space. However, along with the energy density benefits, its high nickel content also poses technical issues including cracking, low thermal stability, cation mixing, and parasitic reactions which result from interactions between the electrolyte and the highly reactive delithiated cathode surface at high potentials. These issues have thus far stalled the commercialization of these materials. In this project, an integrative approach including doping and coating is being adopted to solve the above issues of NMC811.

Material Processing of a HIPS/AC FDM Filament for Water Filtration

Additive manufacturing has seen extensive development within recent years, leading to innovations within a variety of industries. New printing technologies enable the incorporation of intricate geometry within a part unachievable using traditional manufacturing methods. These geometries, which can increase the surface area of a part, and the intrinsic high porosity of additive manufactured parts are advantageous to water filtration applications. One of the most common methods of water filtration involves the usage of activated carbon, a common material derived from plant matter. High surface area and unique pore structure make activated carbon a viable filter of organic compounds. In this project, a polymer-filler composite was developed for creating a filament with filtering properties, specifically targeting organic compounds. Fused deposition modeling filament was manufactured through a unique seven-step process. Utilizing the advantages of additive manufacturing and this new composite filament, a water filter was created that removed the organic compound methylene blue, illustrating the potential of this novel technology. 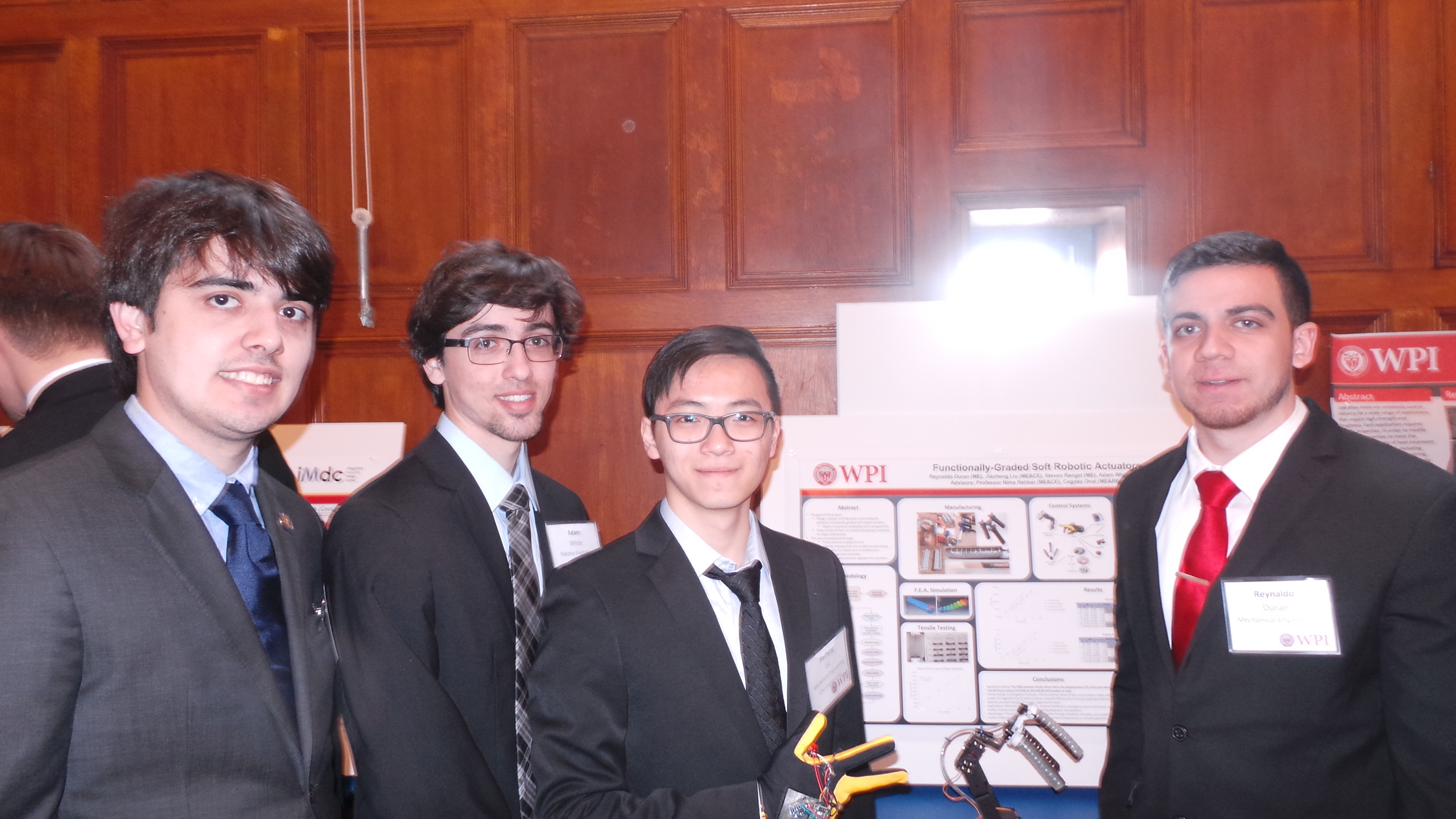 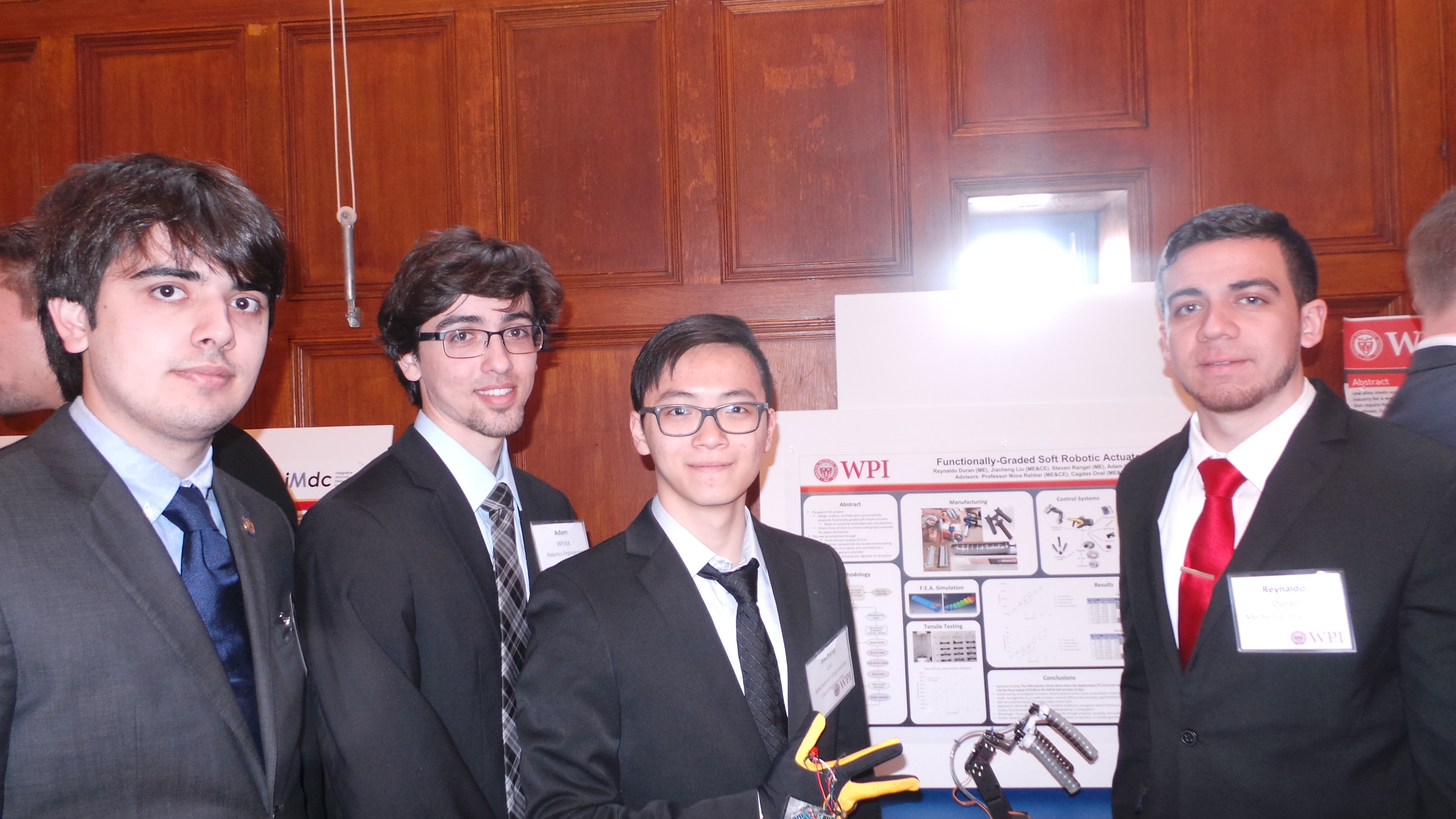 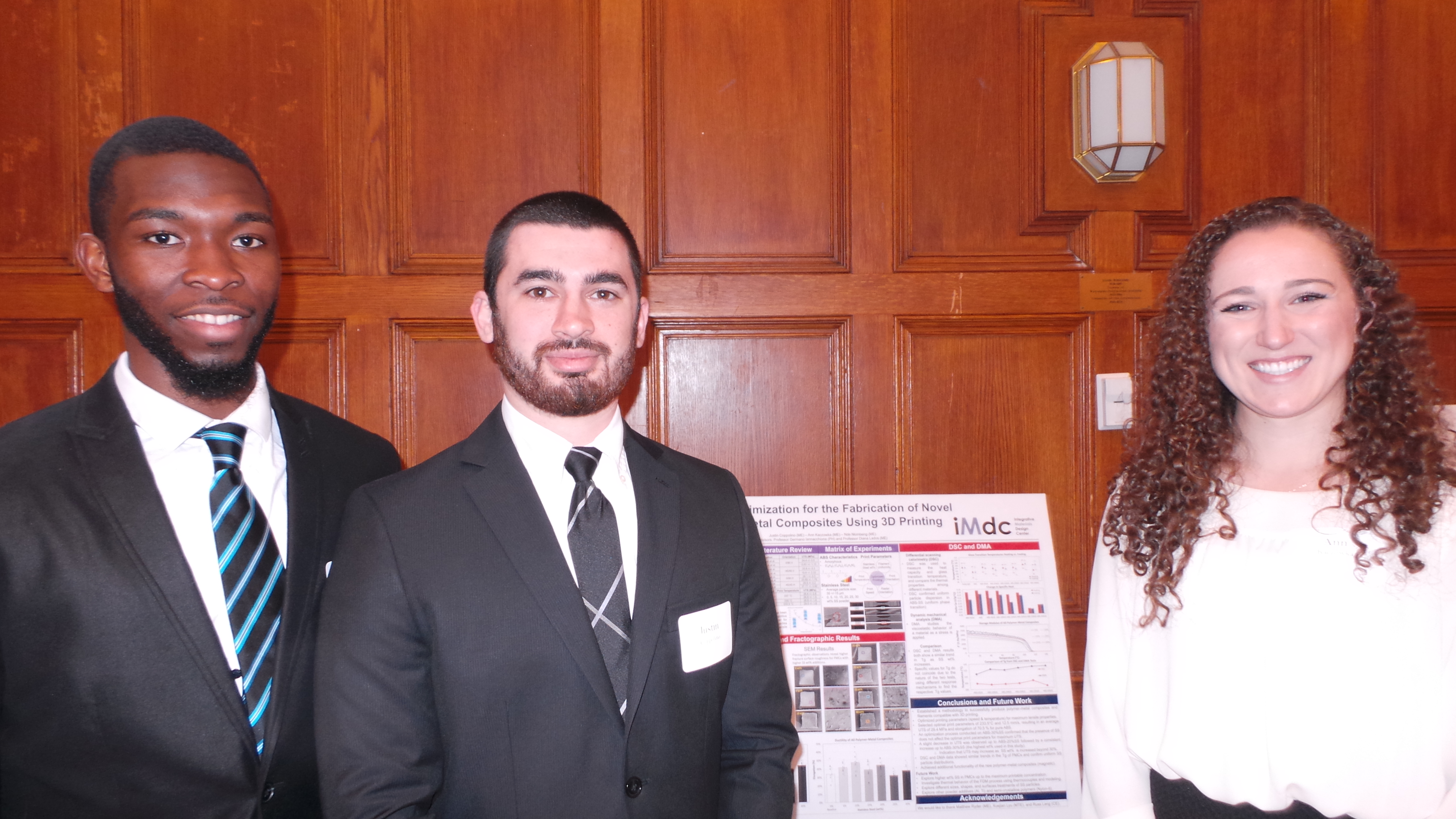 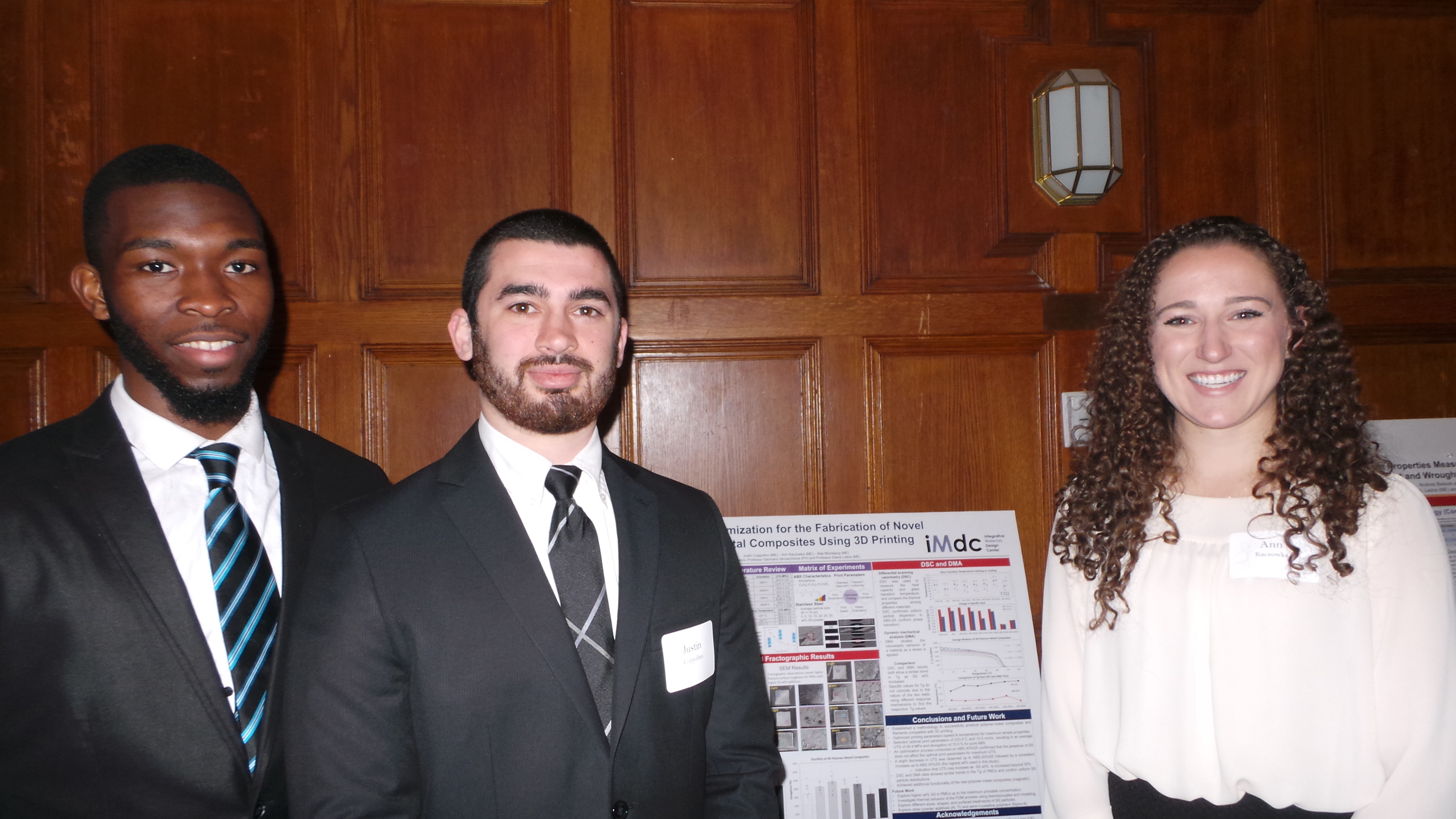 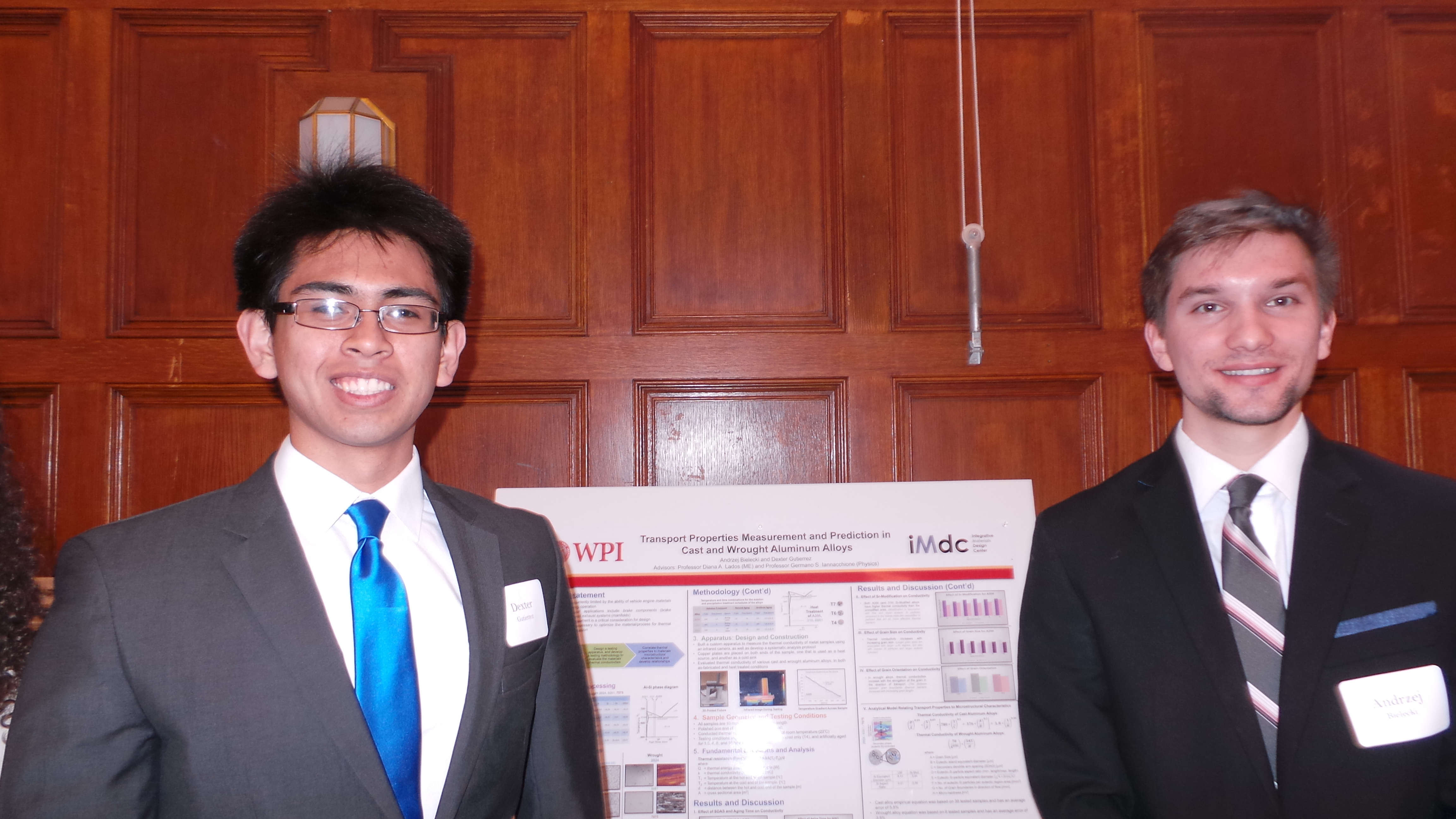 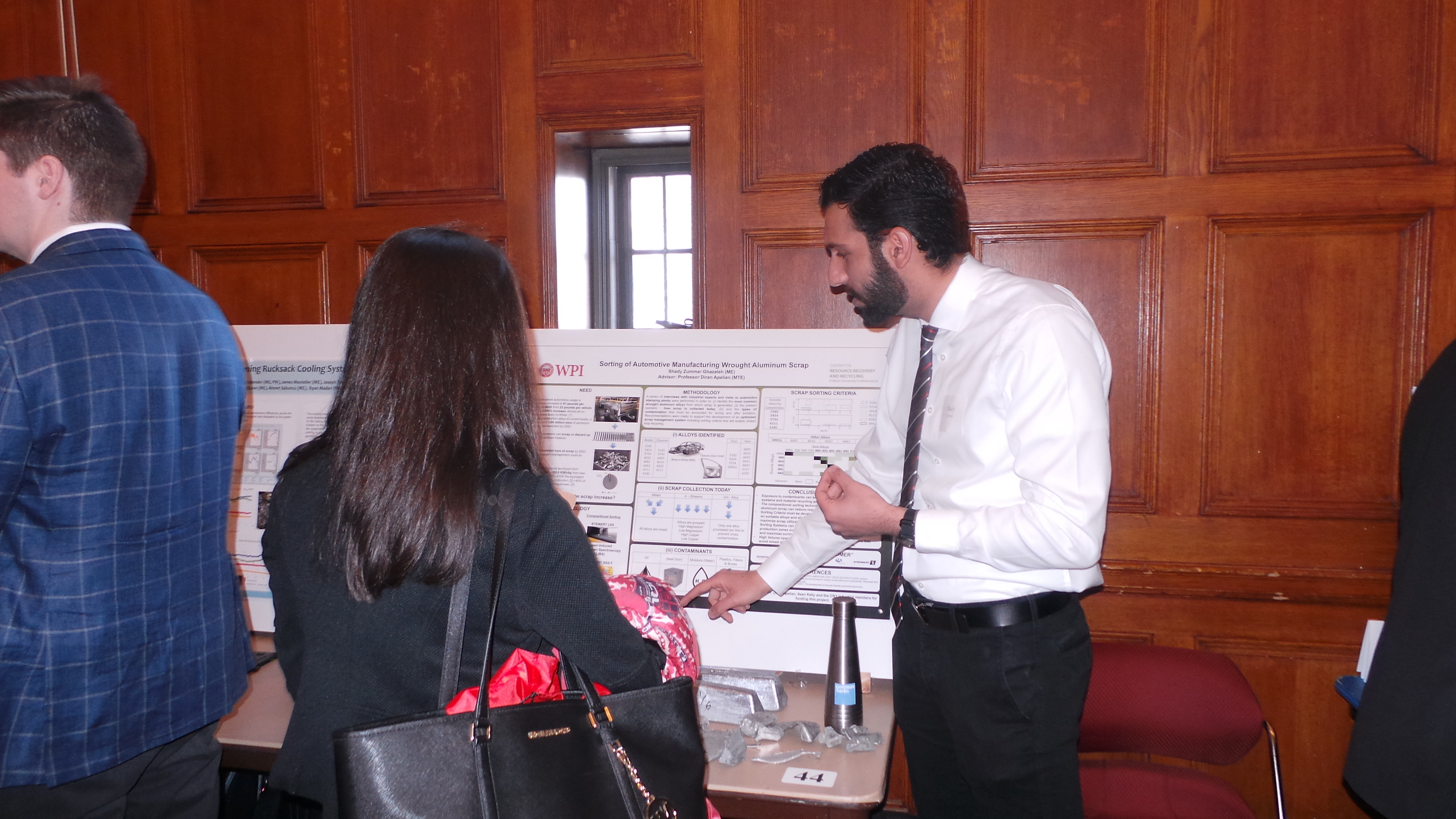 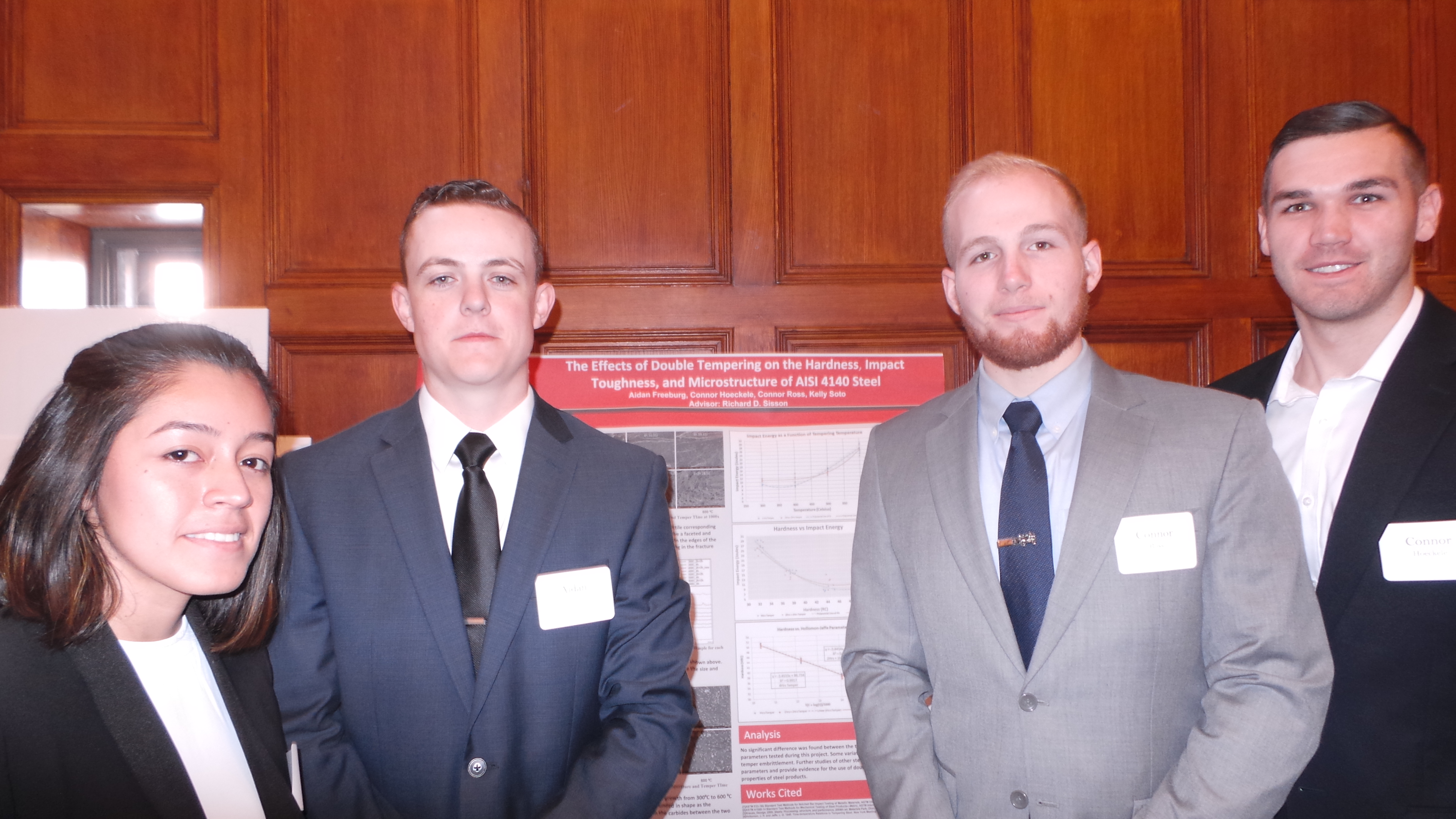 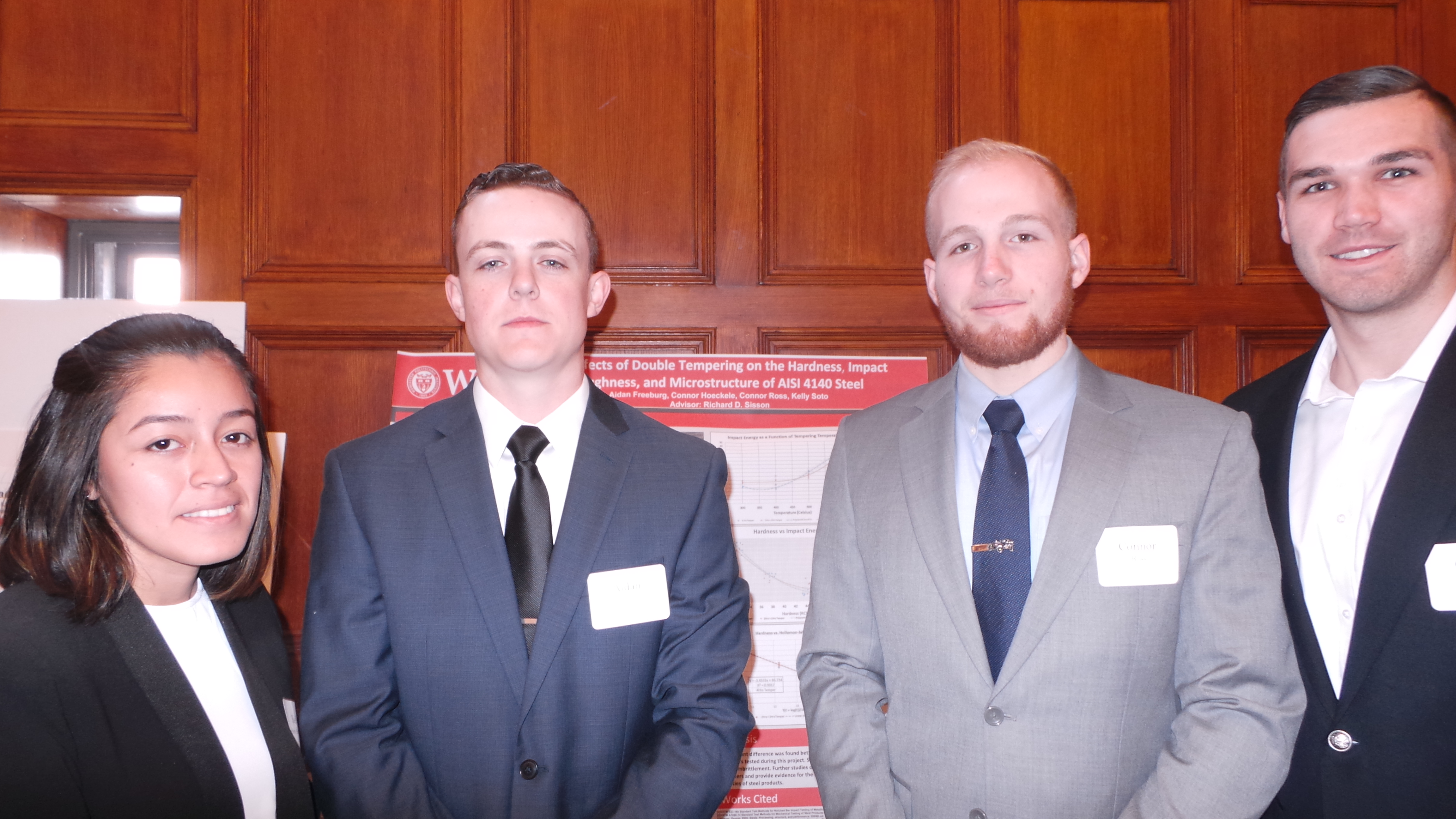 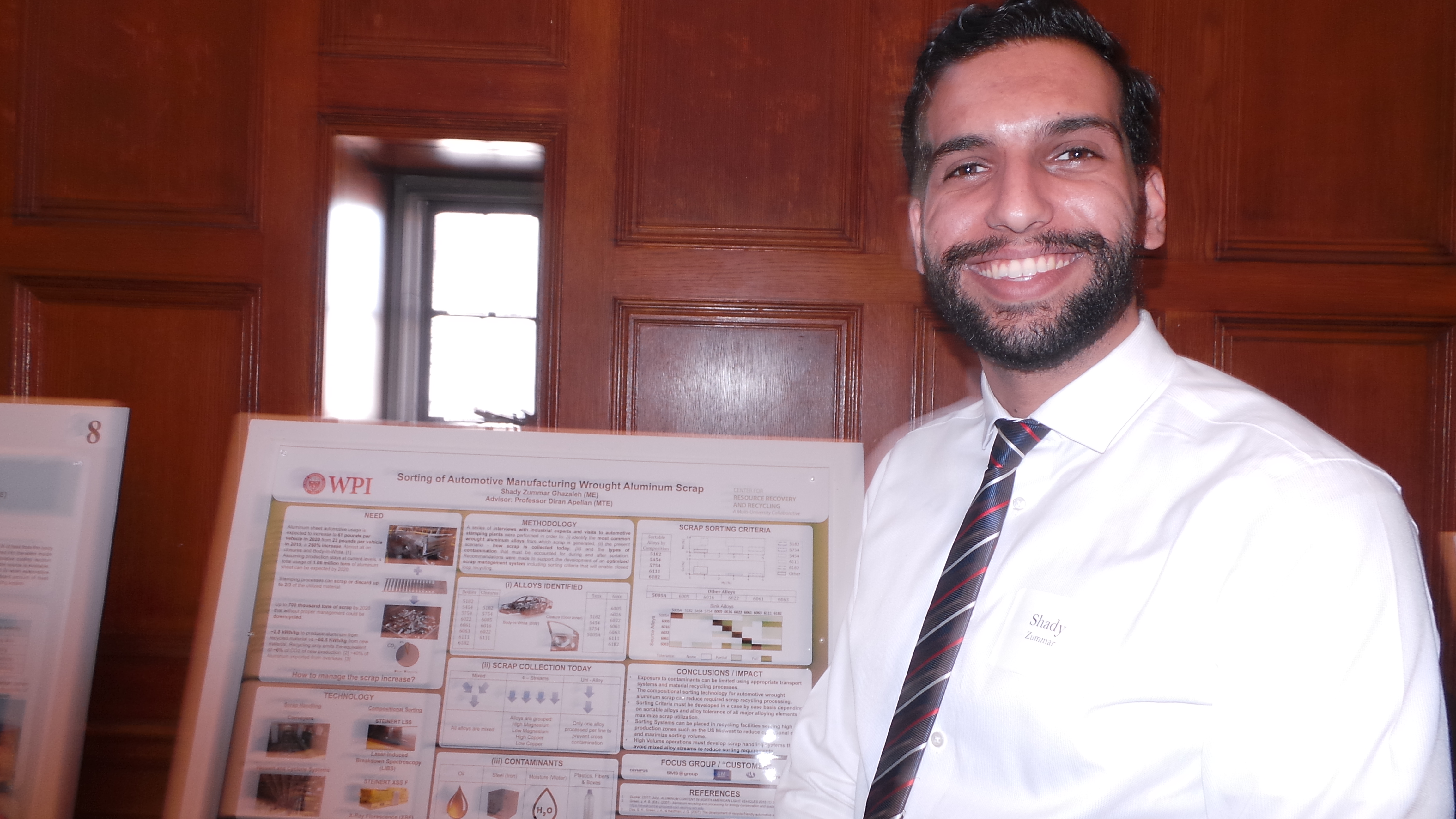 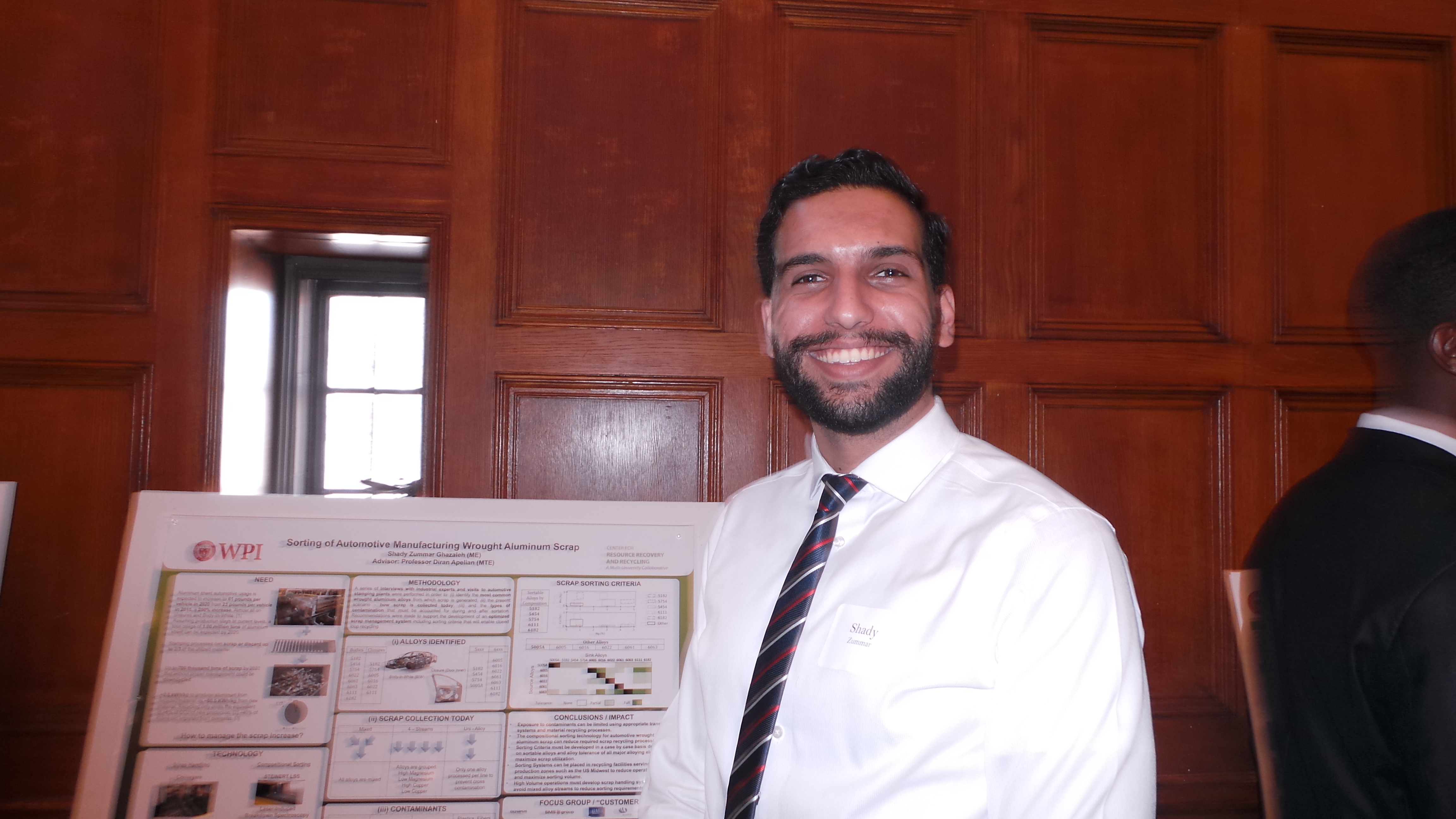 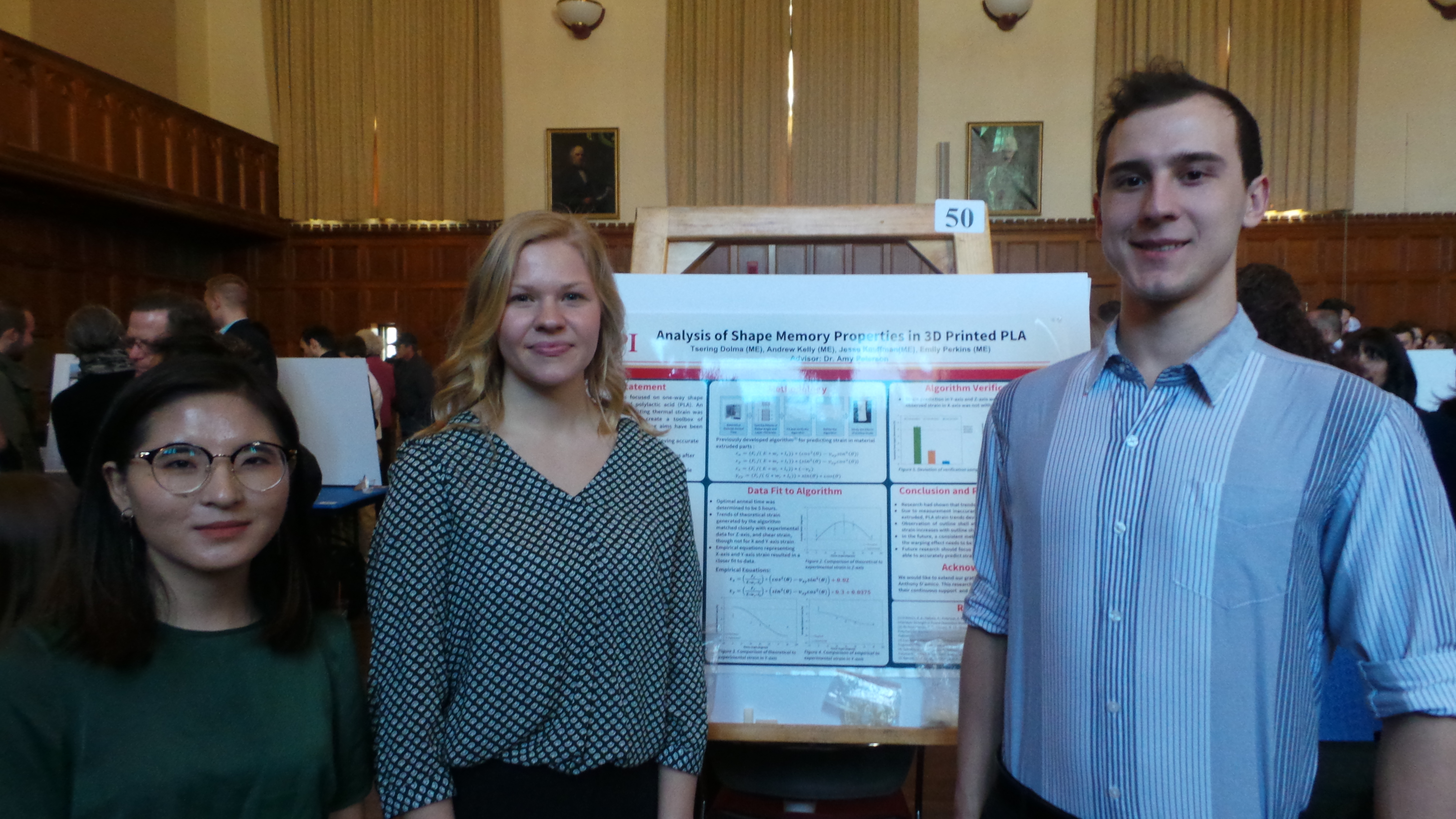 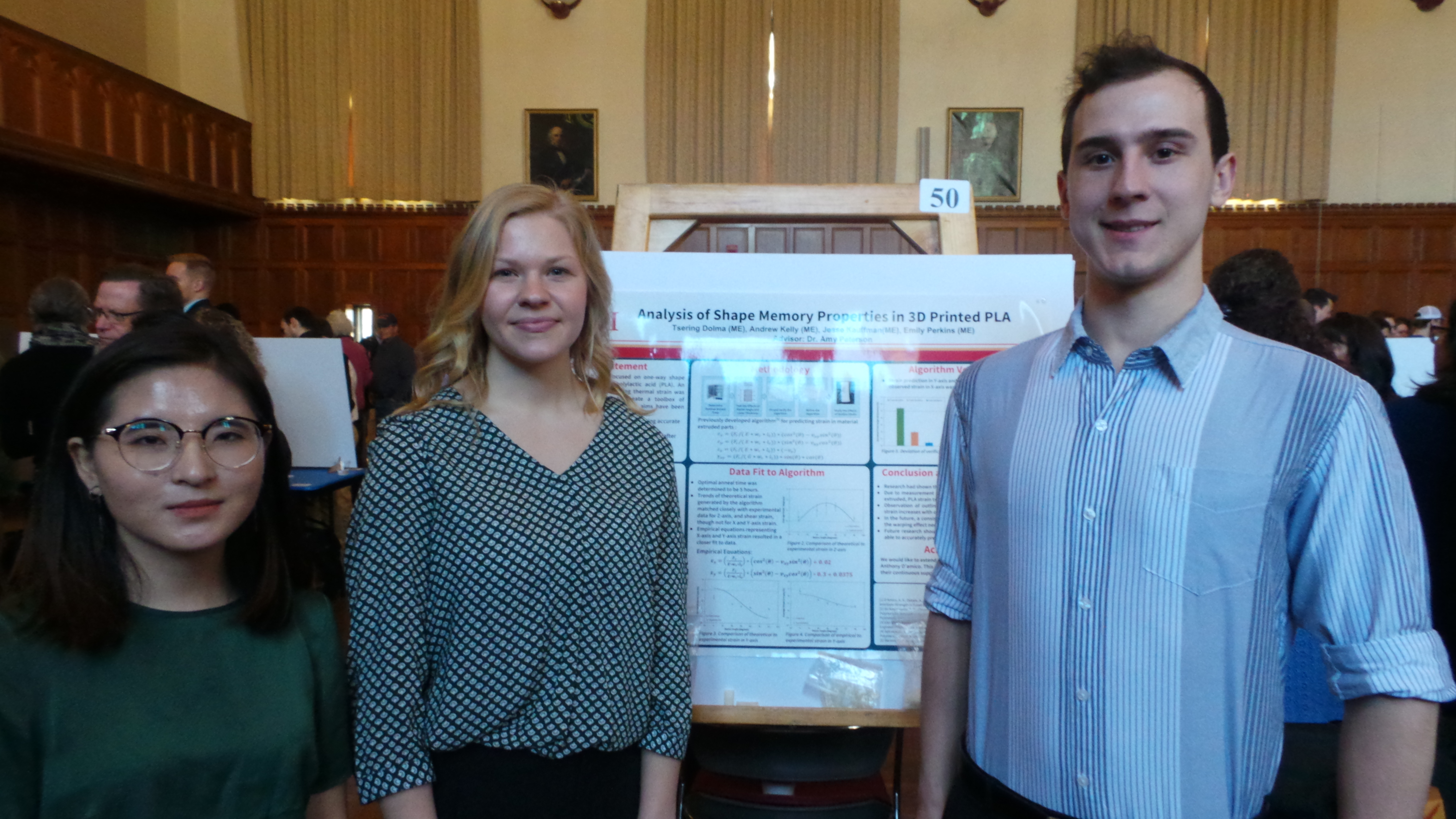 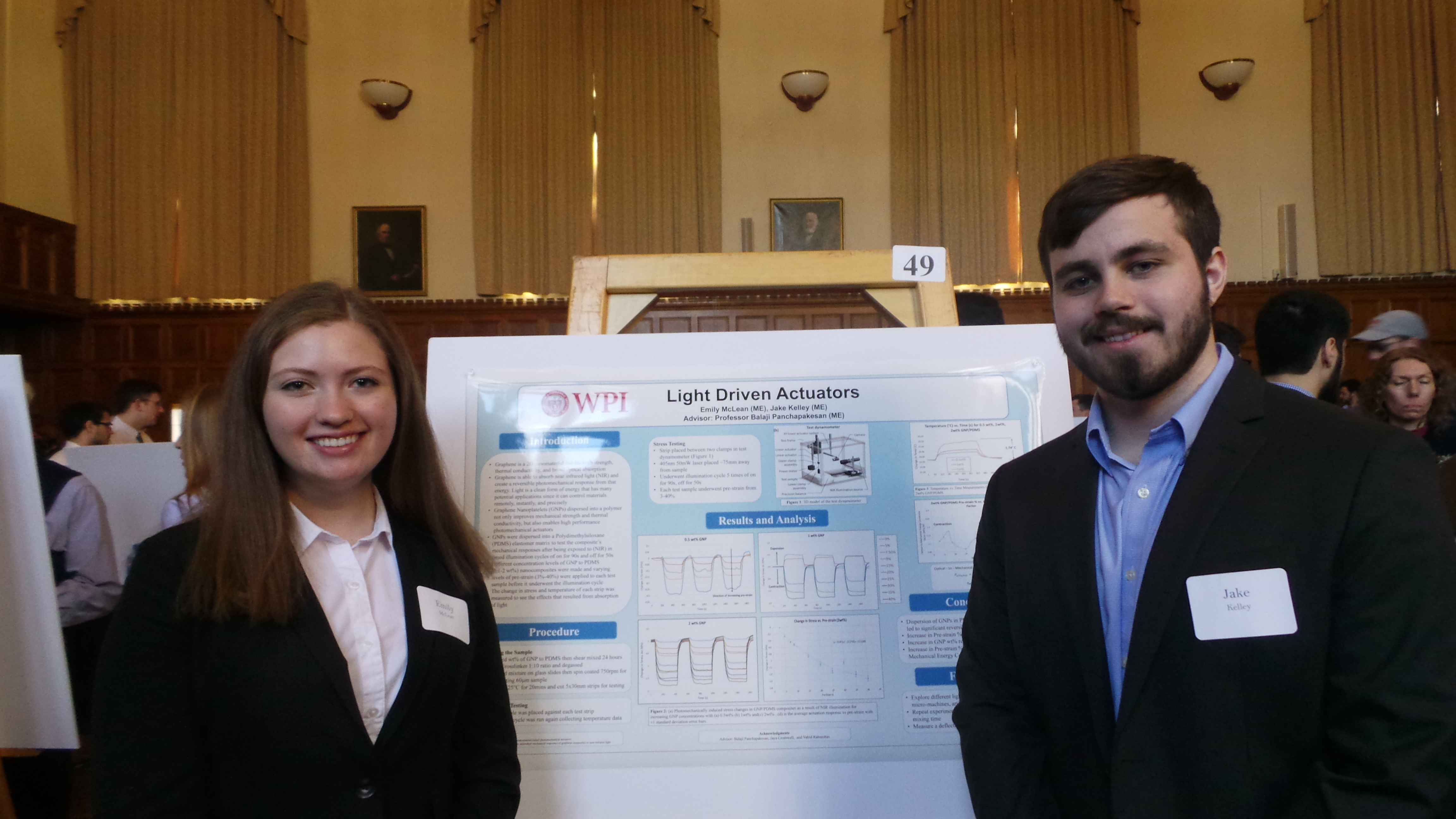 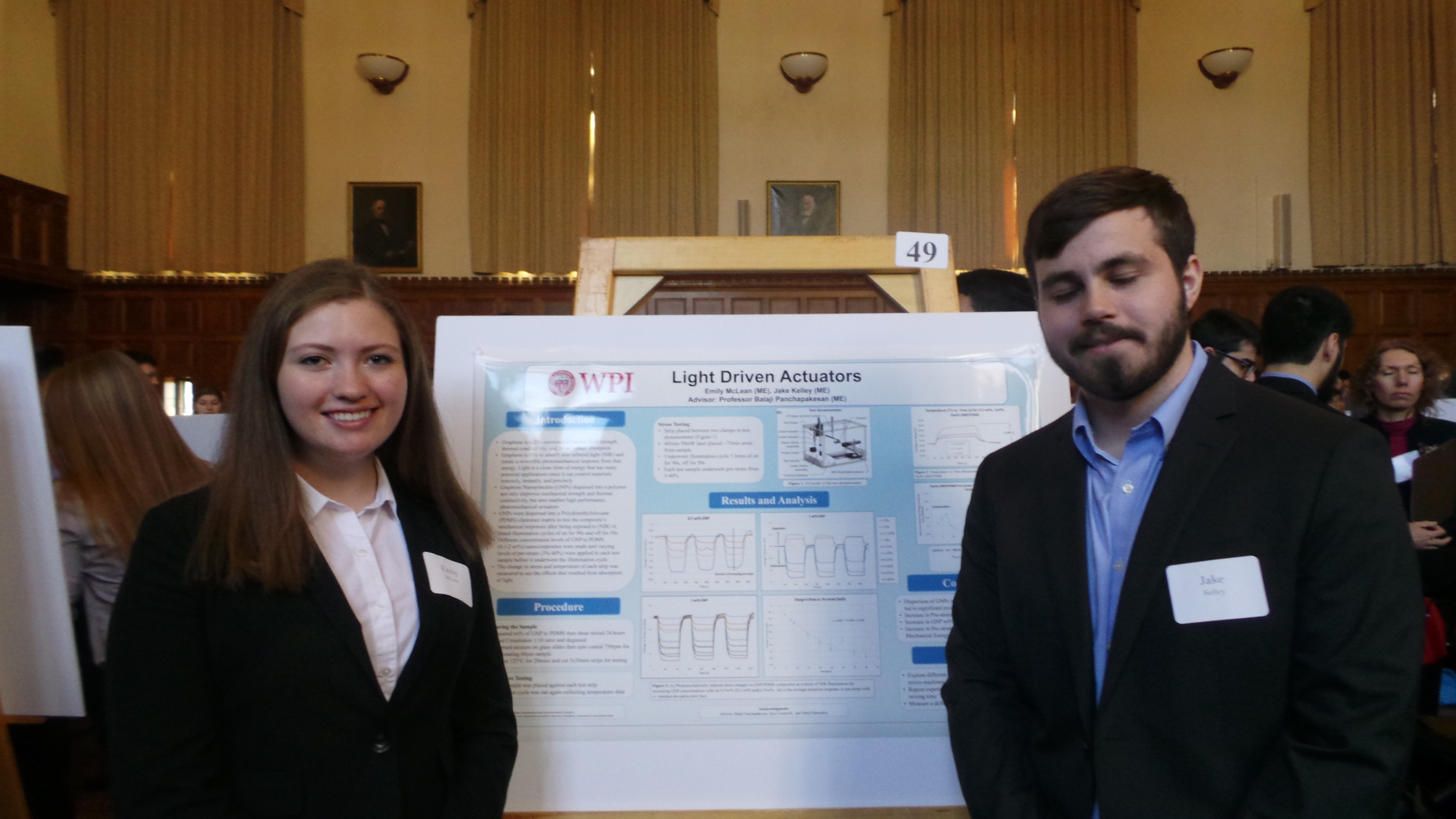 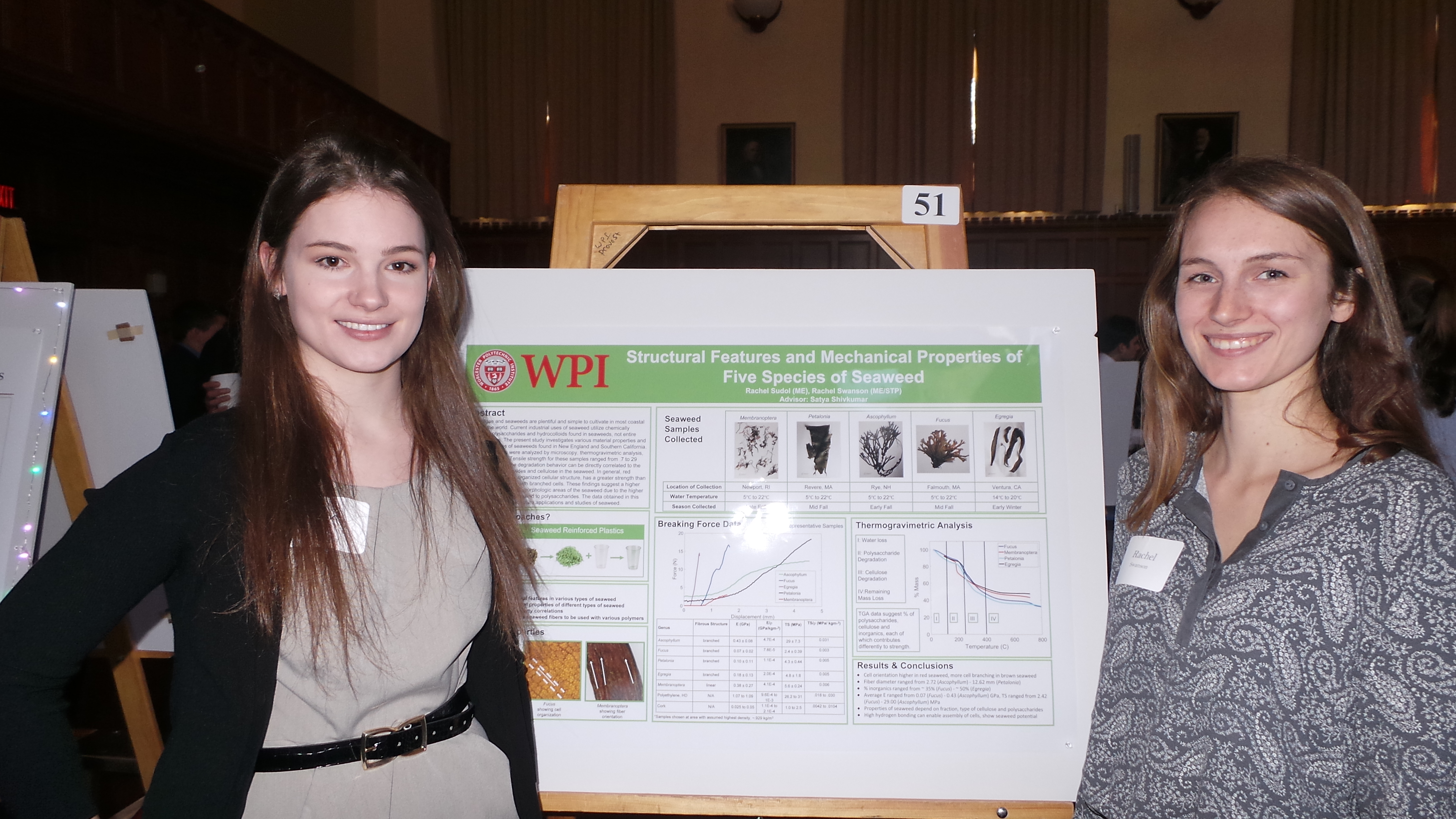 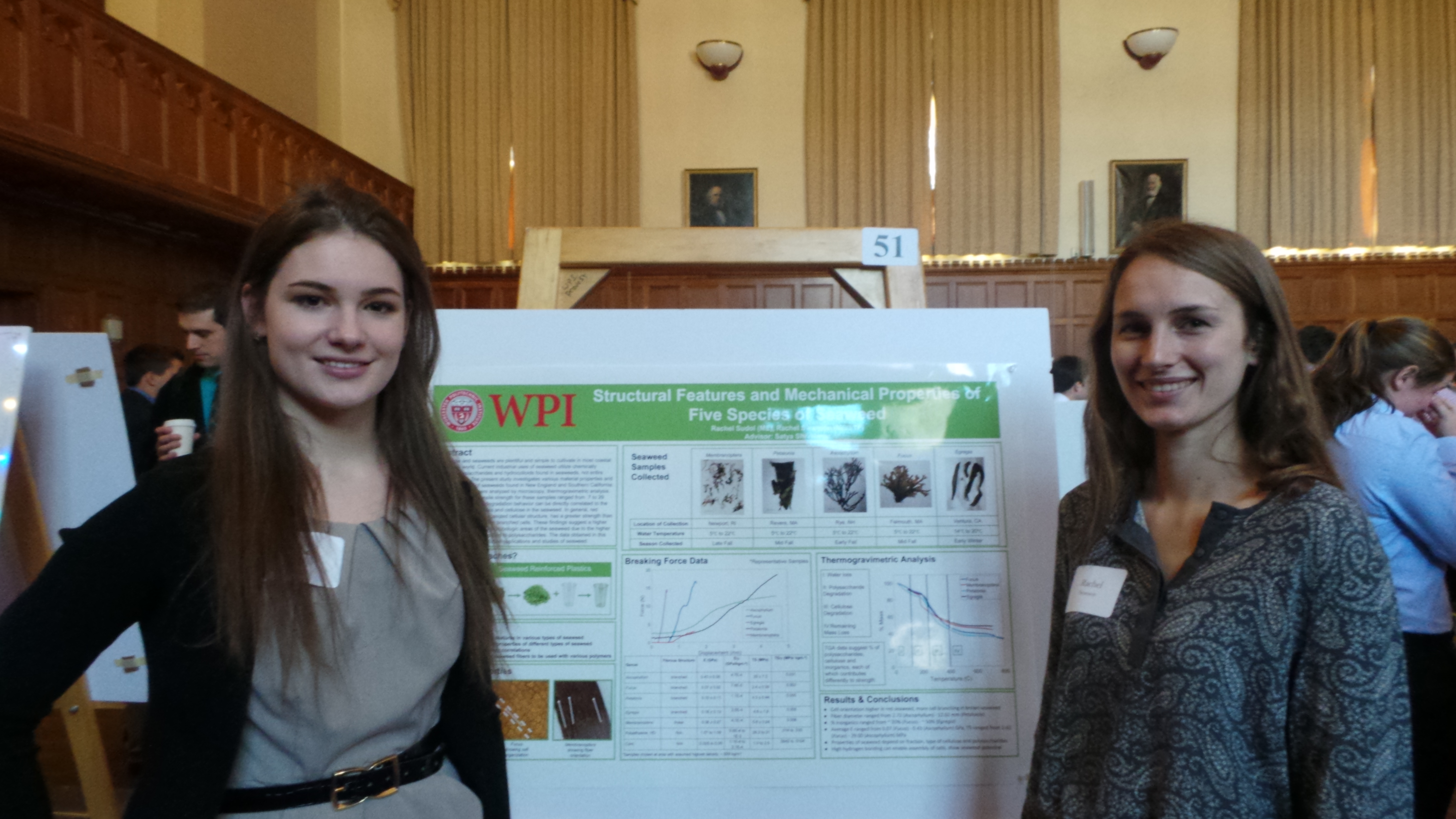 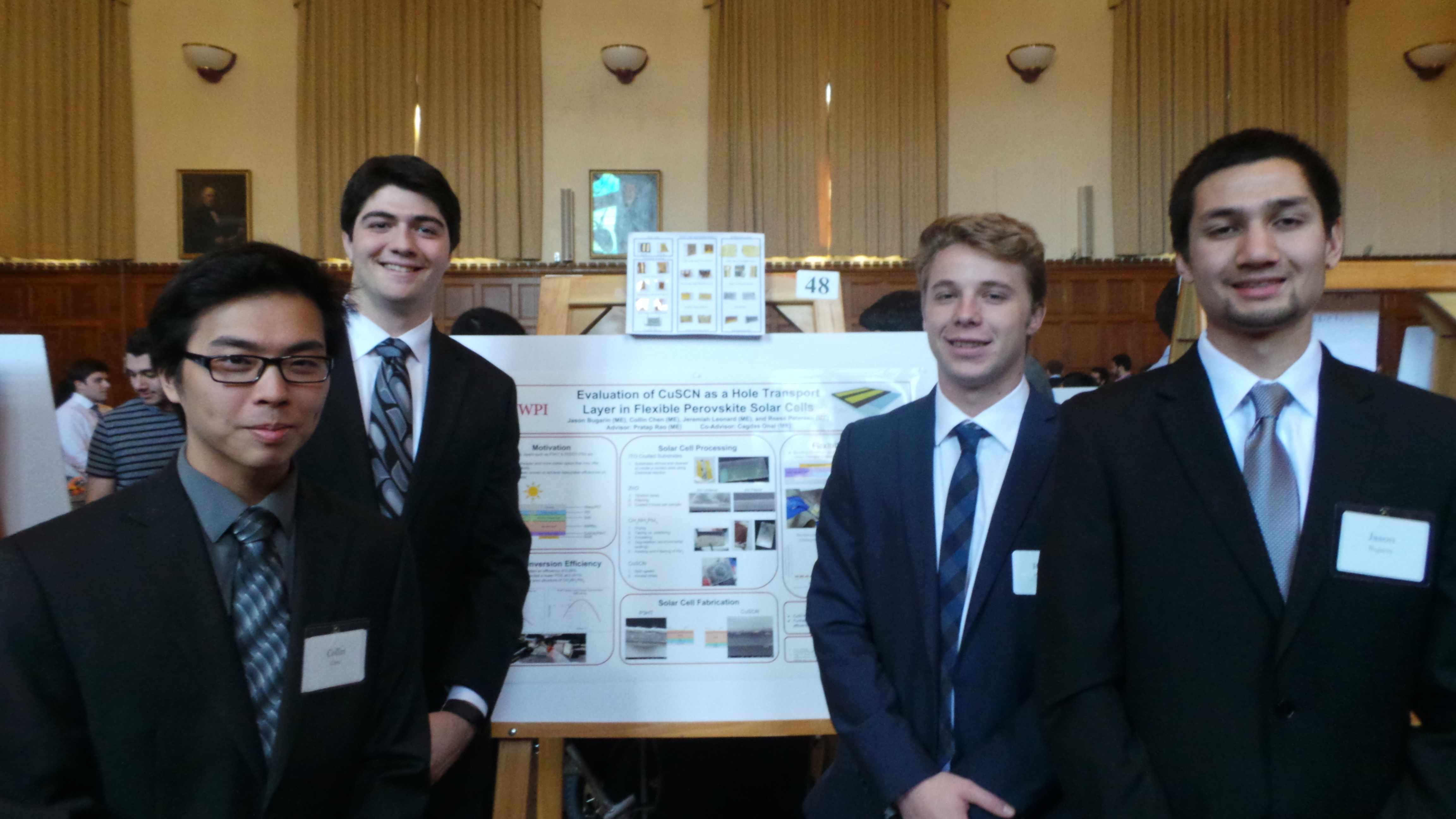 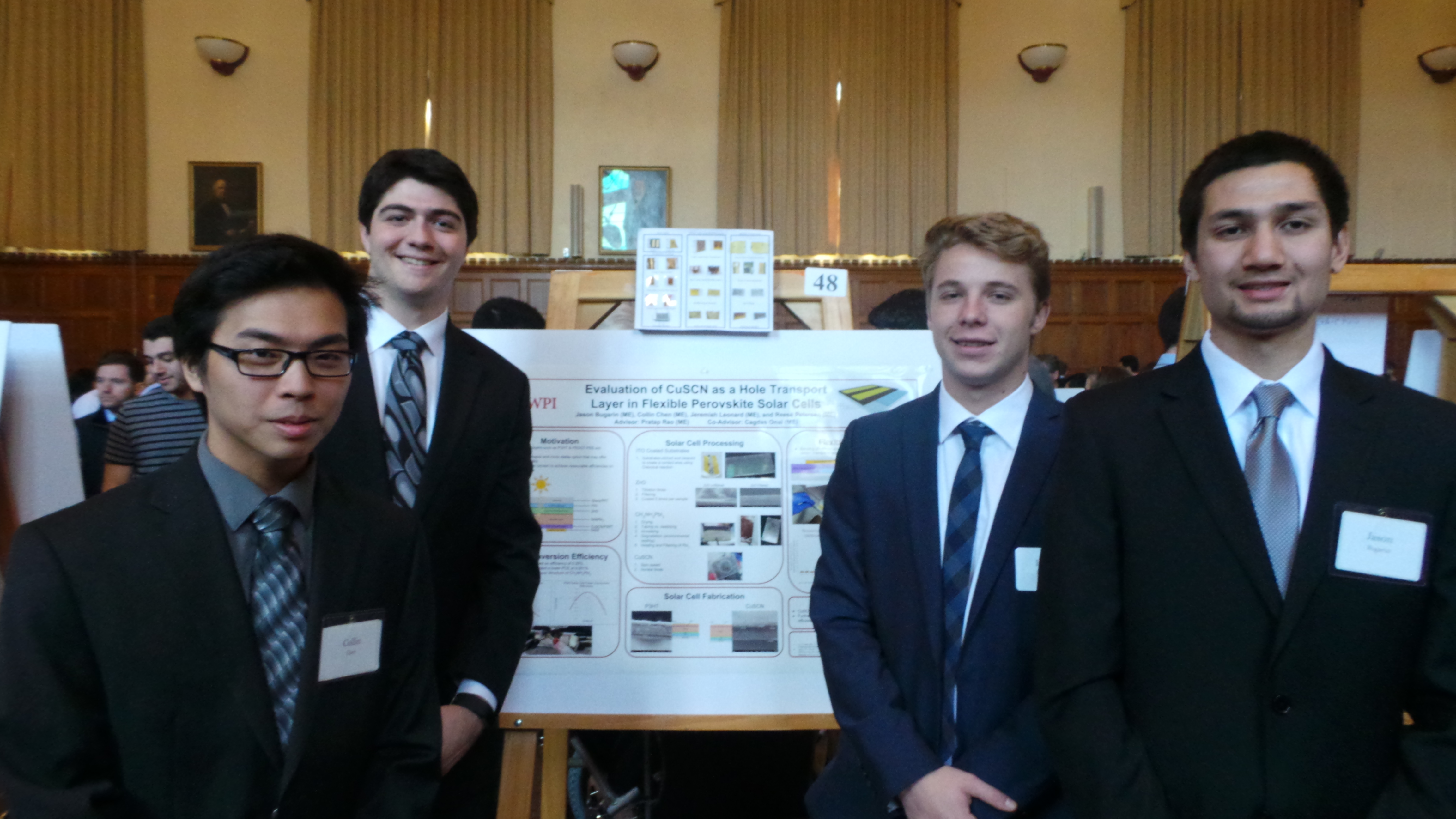 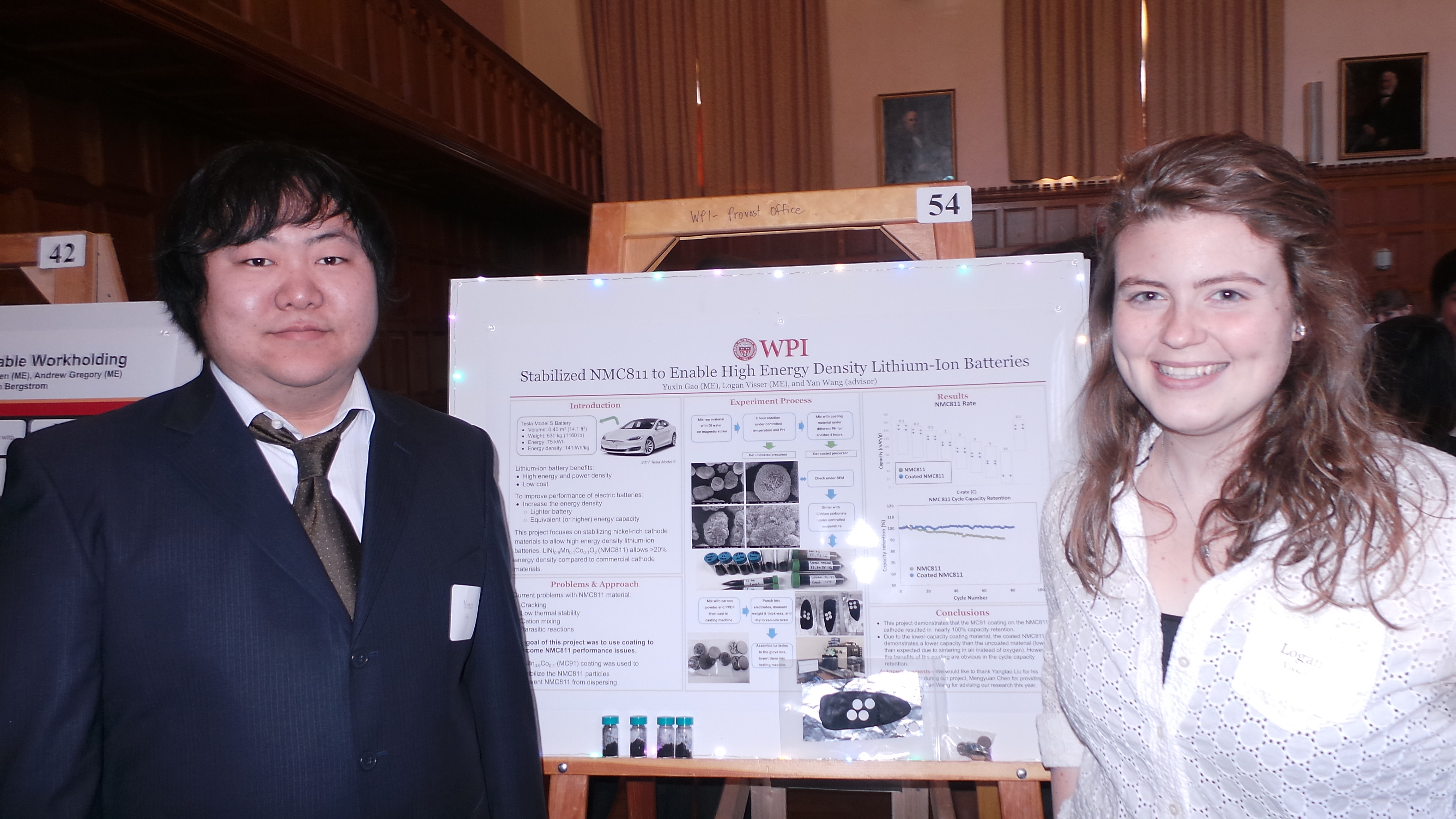 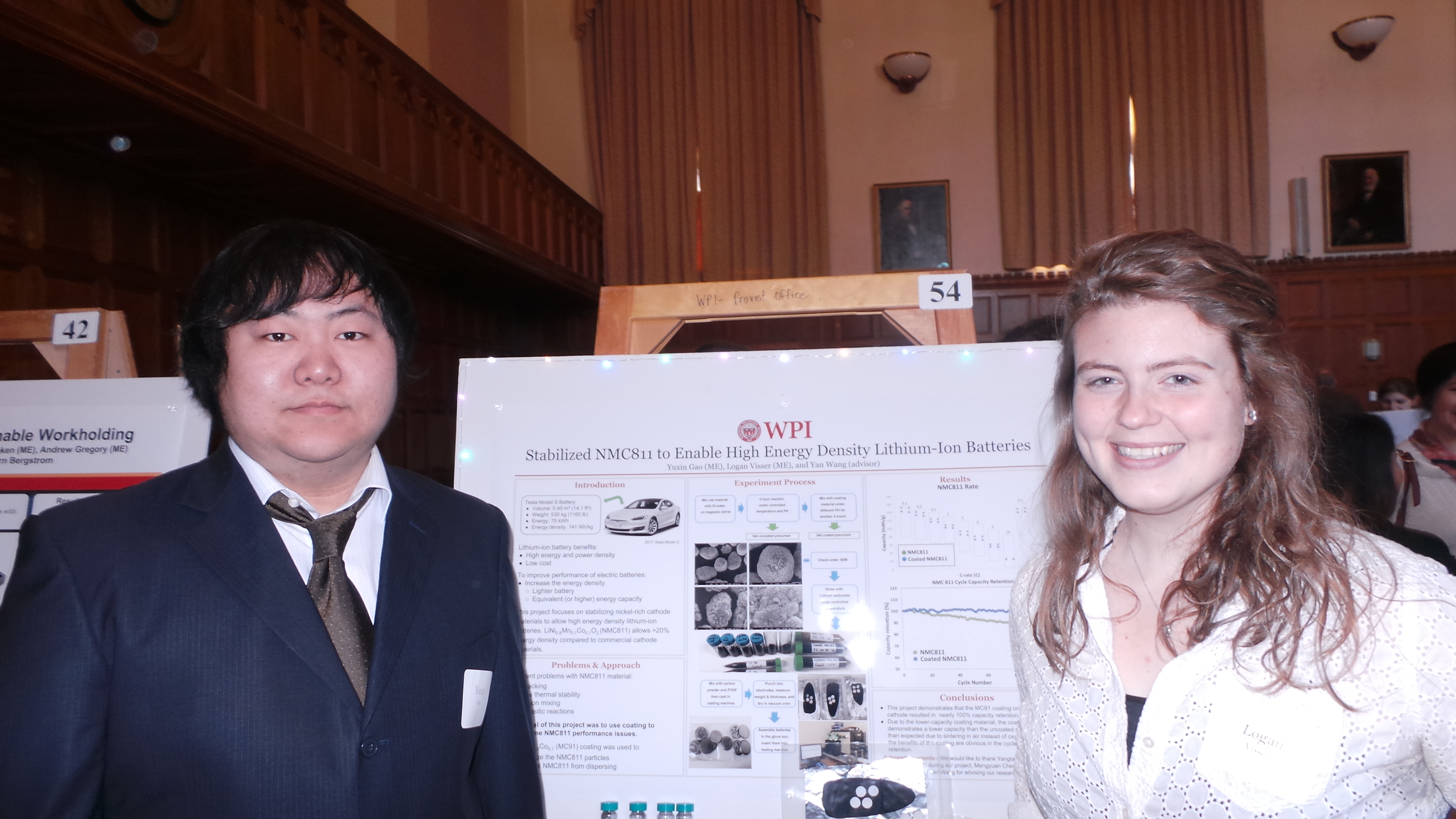