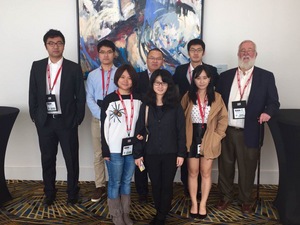 Our Members Who Attended

This project was designed to develop a fundamental understanding of the effects of induction and furnace tempering process parameters on the microstructure and mechanical properties of induction and furnace tempered parts. In this investigation 304.8mm long by 12.7mm diameter rods of AISI 4140 steel were austenized at 850°C for 1 hour and quenched in oil. The as-quenched rods were tempered in an atmosphere furnace and by induction at 250°C, 350°C, 450°C, 550°C and 650°C for times from 1min to 15hours. The Rockwell hardness of each sample was measured. It was found that Hollomon-Jaffe plots successfully described the tempering behavior of the steel. In addition, the impact toughness and tensile properties were measured. In this paper these experimental results are presented and discussed.

Since the last century, titanium-based alloys were considered as promising implant materials for dental applications and total knee arthroplastry (TKA) prosthesis due to their superior mechanical properties, good biocompatibility, safety and corrosion resistance.1 Fortunately, fabrication through additive manufacturing has broadened the application of Ti-based alloys in biomedical area because of its high efficiency with respect to traditional manufacturing techniques. Generally, proper post-processing techniques are required for additive manufactured alloys to ensure better properties. Some common post-processing methods for Ti-based alloys are annealing, and hot isostatic pressing (HIP). These processes strongly influence the mechanical properties and microstructure of the products. One of the major failure modes for traditional Ti-based implant alloys is corrosion in biological body fluids due to wear and fretting corrosion. The results of corrosion are release of toxic wear particles into the surrounding tissues, such as Vanadium ions from Ti-6Al-4V, loose of prosthesis components or even mechanical failure. Some investigations have studied the effect of surface treatments, such as hydroxyapatite (HA) coating and passive TiN layer deposition on corrosion resistance. In this paper, the results of an experimental investigation on the effect of post-processing heat treatment on the corrosion behavior of Ti-6Al-4V additively manufactured alloy will be presented. The effects of surface finish and microstructure will be emphasized.

The heat-treating industry is in need of heat-treatment furnace materials and fixtures that have a long service life and reduced heat capacity. Failure mechanisms on the effect of prolonged exposure to carburization heat treatment have been investigated. RA330, RA602CA, 304L, 316L and Inconel 625 alloys were selected to study the anti-corrosion properties. The alloys were exposed to 0.7%C carburizing atmosphere at around 900  for 3 months, 6months, and 12months. Based on microstructural analysis of components that were used until failure in carburization furnace application, it was found that the primary reason for failure was the excessive carburization that leads to “metal dusting” and subsequent cracking. In addition, metallographic analysis indicated that “flake offs” of Fe-Cr-Ni alloys were mainly graphite and chromium carbides. In this paper the failure analysis of industrial components will be presented. In addition, the preliminary analysis of microstructural development during long term exposure experiments in an industrial carburizing furnace will be presented. These samples were characterized using optical and scanning electron microscope and x-ray diffraction.

To experimentally investigate the effect of tempering temperature and time on the structure and composition of Martensite, AISI 52100 was Austenized at 1000°C for 40 minutes and quenched in agitated water at 21°C. The as-quenched steel contained body-centered tetragonal (BCT) Martensite with 22% retained Austenite. These samples were tempered at 100°C, 200°C and 300°C with different holding time and characterized by X-ray Diffraction (XRD) to determine the effect on the structure of the Martensite. It was found that the content of retained Austenite didn’t change after tempering at 100°C. Retained Austenite decomposed after tempering for 40 minutes at 300°C. The change of crystal structure and lattice parameter for tempered Martensite with different holding time and temperature were measured. The effect of sample preparation on retained Austenite measurement and structure of Martensite and tempered Martensite was evaluated. An effective technique for carbides extraction and collection in steel was introduced.

A software simulation tool, CarbonitrideTool©, has been developed by Center for Heat Treatment Excellence (CHTE) to predict the Nitrogen and Carbon concentration profiles in selected steels. In this paper, the introduction of the software will be presented. In addition, enhancements have been made to improve the CarbonitrideTool©. The diffusion of nitrogenincreases the amount of retained Austenite (RA) by changing the Ms temperature. In this paper, the modification has beenmade to calculate the RA fraction. The empirical prediction of microhardness profile will also be presented. The results ofverification experiments will be presented and discussed.

Grain growth during heat treatment can affect mechanical properties. A large grain size can result in a lower strength and susceptibility to brittle failure. In order to control the prior Austenite grain size, the effect of Austenitizing temperatures and holding times on the grain size and hardness in 4140 steel was experimentally investigated. Samples were heat treated at 900°C, 1000°C and 1100°C, and held for 1, 4, and 9 hours. After austenitizing, samples were cooled in the furnace to 850°C before they were quenched in water at room temperature. Each sample was cut, mounted and polished. Rockwell hardness and micro-hardness tests were performed on each sample. A Picric etch was used for grain size analysis. E112 Standard Test Methods for Determining Average Grain Size was followed to measure the grain size. It was found that the prior Austenite grain size increased with temperature and time according to the standard grain growth model, it was also found that the as-quenched hardness decreased with an increase in grain size. 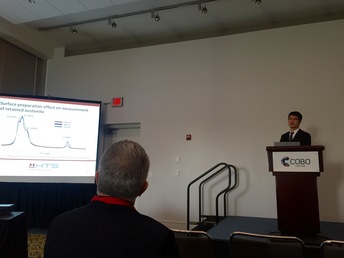 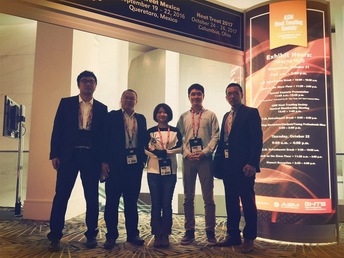 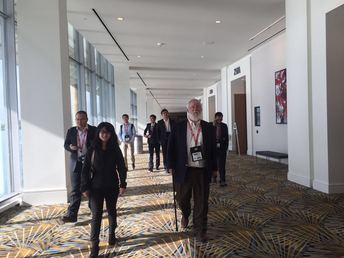 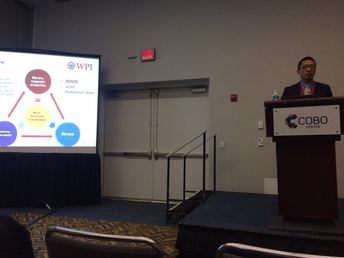 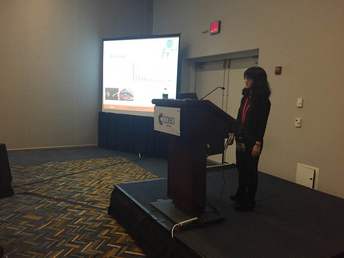 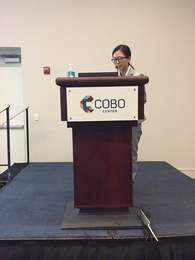 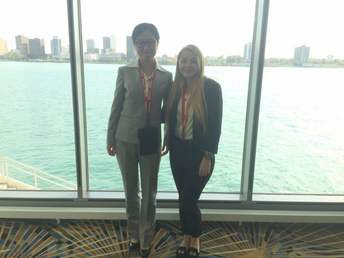 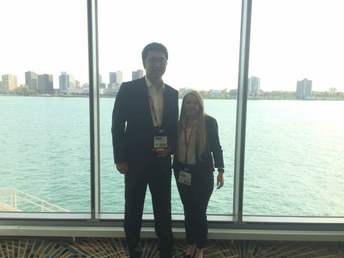 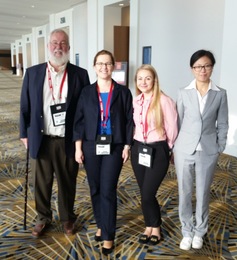