The backfield of Sean McAllen and Connor Field accumulated nearly 200 rushing yards and three touchdowns as host Football opened the 2019 campaign with a 51-0 win over city-rival Worcester State Friday night in Alumni Stadium. Austin Pesce chipped in with an 89-yard punt return for a score. WPI has now posted shutouts in seven of its last 22 games dating back to the 2017 season opener. Prior to that, WPI had gone a span of 67 games without notching shutout.

Kaitlyn Hess scored two of Field Hockey's three goals in the third period to spark a 3-0 victory over visiting Salve Regina in a non-conference matchup Saturday afternoon at Alumni Stadium. With the win, WPI improves to 3-0 while the Seahawks dip to 2-1.  Shortly after the halftime break, Hess threaded traffic after receiving the ball from Shannon Hynes at 35:29. Just over two minutes later, Carlee Irish tipped in a feed from Abby O'Sullivan for the 2-0 advantage. Hess then carried the ball into the circle and sent a blast past the keeper for what proved to be the 3-0 final at 39:42.

Leah Beauton bookended a trio of goals in a span of 4:13 as the WPI women's soccer team earned its first win over Trinity in the four-year history of the series with a 3-2 triumph Sunday afternoon at Alumni Stadium. In addition to reaching 80 career points, Kristen McCrea moved into a tie for third all-time with 22 assists and fourth all-time with 29 goals. The Engineers remain perfect at 4-0 while the Bantams move to 1-2 on the season. The teams first met in what ended as a scoreless draw in the first round of the 2016 NCAA Division III Women's Soccer Championship at William Smith.

Colleen Mullins, Abbie Gilbert and Suela Miloshi all reached double digits in kills as Volleyball rallied from an early deficit to defeat host Gordon 3-1 in a non-conference match-up Wednesday evening.  The Engineers took the match by set scores of 28-30, 25-15, 25-19, 25-13.  Gilbert hit an outstanding .400 with 12 kills and just two errors on 25 attempts while Mullins hit at a .375 clips with a game-best 13 kills and one error on 32 tries. Miloshi crushed her career-high in kills with 10 spikes.

Mark Calnan notched the game-ending goal at 93:16 to lift host Men’s Soccer past UMass Boston, 1-0, in the first overtime of a contest Saturday evening at Alumni Stadium. With the victory, the Engineers up their record to 2-1 while the Beacons even out at 1-1-1. Minutes after Jivan Purutyan's bid went high 37 seconds into the extra session, Calnan knocked home a feed from Luke Reiniger to end the match.

David Reynolds placed third overall to lead the Men’s Cross Country team to a third place finish at the UMass Minutemen Invitational on Saturday. The 6K, that featured all but one Division I team, was contested on the UMass Cross Country Course.  The hosts won the meet with 33 points, followed closely by Connecticut (35). WPI, the 35th ranked team in Division III came home third (64), ahead of Sacred Heart (115).  Keely Nistler guided the Women's Cross Country to a fifth-place showing.  The 5K touted four Division I teams. Boston College, who is receiving votes in the USTFCCCA national poll, won the event with a perfect 15 points. Regional No. 14 Connecticut was second (54), followed by the hosts (77), Sacred Heart (108) and Division III Regional No. 8 WPI (153).

Check out multiple home games on Tuesday and Saturday.  Tuesday features a 7pm doubleheader with Field Hockey hosting Simmons at Alumni Stadium and Volleyball entertaining Elms in Harrington Auditorium.   Saturday sees three games at Alumni Stadium with Field Hockey taking on Elms at 11am, Football meeting RPI for the Transit Trophy at 2:30pm and Women’s Soccer squaring off against Rhode Island College at 6:30pm.  Men’s Soccer has road matches Wednesday at Brandeis and Saturday at Mass Maritime. 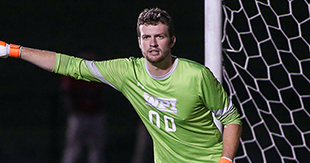 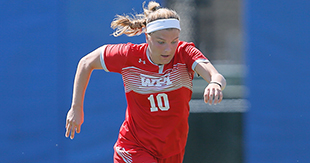 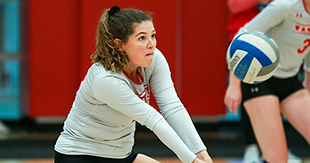 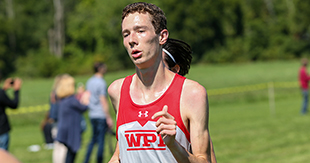 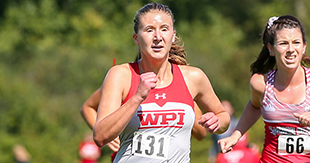