Carly Cidado (Easton, MA) netted a hat-trick and Abby O'Sullivan (Walpole, MA) eclipsed 100 career points as Field Hockey blanked visiting Becker 6-0 Friday evening  O'Sullivan became the first 100-plus point scorer since 2017 WPI Hall of Fame inductee Danielle Luongo '94 accomplished the feat as a senior. The Engineers move to 9-0 on the year to continue their best start in over a quarter century.  WPI netminder Ali Gannon halted one shot in the first half and Gabrielle Acquista stopped a pair in the second.

Connor Field ran for two scores and Julian Nyland tossed a pair of touchdown passes as Football remained undefeated by going on the road and defeating host Springfield 35-21 in the NEWMAC football opener for both squads on Saturday afternoon.  WPI, ranked first in the Grinold Chapter New England Division III Top 10, is now 4-0 for the eighth time in the program's 130-year history and just the second time in 36 seasons.  The victory over the Pride is just the third all-time in the 36-game series for Engineers.  Sam Casey and Nick Ostrowski shared team-high tackles honors with 10 apiece with Casey adding an interception and a tackle-for-loss.

Amanda Wetmore, Suela Miloshi, Catherine Reynolds and Sarah Kwatinetz all handed in a career best as Volleyball rallied from a 7-1 deficit in the fifth set to defeat host Salve Regina, 3-2 (23-25, 25-16, 26-28, 25-13, 15-13), in a non-conference women's volleyball contest Thursday night in the Rodgers Recreation Center.  Wetmore hit .436 and finished with 21 kills while Miloshi came up with 19 digs and Reynolds fueled her sixth consecutive double-double, and 10th of the season, with 18 digs and a career-high-tying 43 assists. Kwatinetz added five solo blocks to go with 14 swipes.

Elizabeth Rocco netted her first career goal late in the first overtime to lift Women’s Soccer to a thrilling 2-1 victory over visiting Roger Williams in a non-conference women's soccer contest played Tuesday afternoon.  Kristen McCrea began the pressure that led to the goal but her shot was blocked and deflected to Rocco, who blasted a shot from the top of the box with her left foot into the right corner of the net with just 41 seconds remaining in the first extra sudden death session.

Homecoming week is upon us and we are very excited for a busy week of competition ahead of us. Tuesday features a pair of contests with Men’s Soccer squaring off with Wentworth at 3:30pm and Volleyball entertaining Mount Holyoke at 7pm while Women’s Soccer hosts Babson at 3:30 on Wednesday.  Saturday will be packed with action starting in the morning with boat dedications at the Donahue Rowing Center and the Alumni Regatta on Lake Quinsigamond.  Back on campus Men’s Soccer faces Emerson at 10am, Field Hockey squares off with Springfield on Rooftop Field at 11am and Football hosts Maine Maritime at 1pm.  Also Saturday, Cross Country heads to Lehigh to take part in the Paul Short Run. 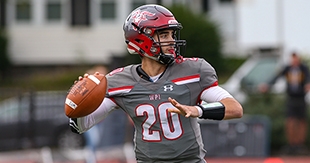 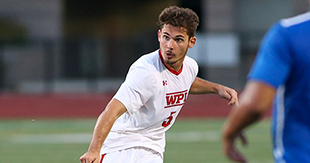 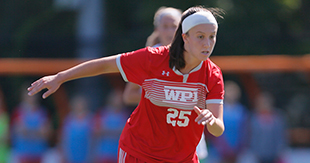 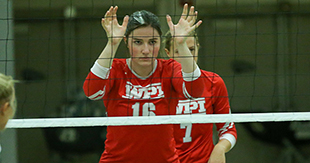 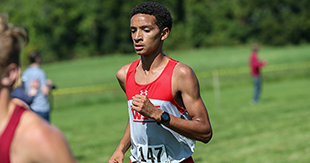 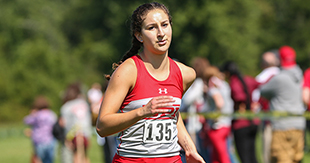 Schedule and Results | Roster | News
Back in action on Saturday, October 5th at the Paul Short Run hosted by Lehigh