José M. Argüello, the Walter and Miriam Rutman Professor of Biochemistry, had been elected Fellow of the American Association for the Advancement of Science (AAAS), the world’s largest general scientific society.

Election as a AAAS Fellow is an honor bestowed upon AAAS members by their peers in recognition of their scientifically or socially distinguished efforts to advance science or its applications. This year, 391 members have been awarded this honor. 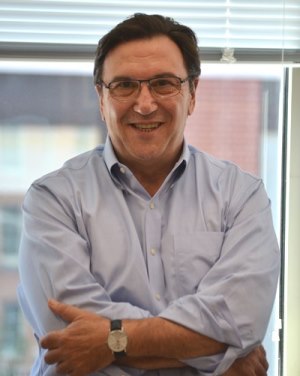 Argüello was elected by the AAAS Section on Biological Sciences “for distinguished research discoveries elucidating the mechanisms underlying metal ion transport and the role of bacterial metal transporters in agriculture and infectious disease.”

A member of the WPI faculty since 1996, he is a biochemist whose research focuses on the structure and function of proteins that transport heavy metals like copper, zinc, cobalt, and iron across cell membranes. These micronutrients perform fundamental functions in all living organisms, for example, maintaining structure, conferring catalytic activity to proteins, and participating in the transport of oxygen in the blood and the synthesis of sugars in plants. Metals also contribute to the virulence of pathogenic microorganisms and the ability of a cell to resist infection.

Because of the importance of these basic biological functions, a better understanding of the mechanisms of heavy metal transport has implications for the treatment of a host of diseases, for human and animal nutrition, and for the bioremediation of heavy metal pollution.

He has received multiple research grants from the National Science Foundation (NSF) and the National Institutes of Health (NIH), including an NIH Research Development Award for Minority Faculty in 1995 and a $1.3 million award in 2016 for a systematic study of copper in the bacteria Pseudomonas aeruginosa, a leading cause of hospital-associated infections. He has published nearly 60 scientific articles in peer-reviewed journals, including the Journal of Biological Chemistry, the most-cited biomedical research journal in the world; Argüello was appointed to the journal's editorial board in 2012. He is the co-editor of the 2012 book Topics in Membranes: Metal Transporters (Elsevier).

Argüello served as a program director in the Division of Molecular and Cellular Biosciences at the NSF's Directorate for Biological Sciences in 2009, and in 2010 was appointed to a four-year term on the NIH's Macromolecular Structure and Function (A) study section to participate in the review and evaluation of research proposals aimed at understanding the nature of biological phenomena and applying that knowledge to enhance human health. In 2012, he received WPI’s Board of Trustees’ Award for Outstanding Research and Creative Scholarship.