Cassie Graca batted 2-for-3 in each end of the doubleheader and junior Caraline Wood was 3-for-4 with a grand slam in the nightcap as Softball swept Wellesley 4-2 and 10-1 (6 inn.) in NEWMAC Softball action Friday.  WPI (26-10, 15-3), fourth in the initial NCAA Division III New England regional rankings, will be the second seed in the tournament and will host opening round games that Wednesday and will face the winner of third-seeded Babson and sixth-seeded Emerson at 4:30pm.

Katy Nippert set a school record and, along with Faye Gauthier, won an event as Women’s Track and Field faced SUNY Oneonta, Middlebury and top-ranked Williams Saturday.  Nippert leaped 17-9.75 to better the previous mark of 17-5.25 set by Emily Pearce '12. Gauthier, meanwhile, propelled the hammer 147-6 to lead a bunch of Engineers in the event.  Alex Rus  set a WPI record and four others, including seniors Aaron Weeks and Jack DeVine, claimed victory for Men's Track & Field. Despite finishing second, Rus shaved .3 seconds off the previous 200-meter dash record with a time of 21.92. Weeks, who improved from 54 to 36 on the NCAA Division III performance list, led the way in the javelin with a distance of 182-11 while DeVine cleared 6-4 to take the high jump.

WPI retained the Baker Cup for the 13th-consecutive year as Men's Rowing defeated Tufts and was second overall in the varsity eight while three other Engineer boats earned gold Sunday on Lake Quinsigamond. The varsity eight (6:02.2) was 1.6 seconds behind URI (6:00.6) and well in front of the Jumbos (6:13.37) and Skidmore (6:49.89). The second varsity eight (6:14.1) was over two seconds better than the Tufts (6:16.26) as URI and the Thoroughbreds were third and fourth.

The Bernard Brown Cup will remain in Worcester for the first time since 2013 as WPI Women's Rowing defeated Tufts Sunday morning on Lake Quinsigamond. The second and fourth varsity eights also bested the Jumbos in a regatta that also featured Clark, Skidmore and William Smith. The Engineers, ranked ninth in the CRCA/USRowing Coaches Top 15, crossed the finish line in 6:44.30 while 11th-ranked Tufts followed with a 6:46.01. No. 12 William Smith also rowed a sub-seven minute 2K to take third.

Spring championship season begins Saturday as Women’s Rowing hosts the NEWMAC Championships beginning at 8:30am on Lake Quinsigamond and Men’s and Women’s Track and Field heads to Springfield for the NEWMAC Championships starting at 10:30am.  Baseball closes out its home season with a 3:30pm game versus New England College on Monday while Softball entertains Lesley Wednesday in a 5pm regular season finale.  Also on Saturday, Men’s Rowing competes with Boston College for the McCarthy/McGee Challenge Cup with UMass and Coast Guard.

Men’s Student-Athletes of the Week 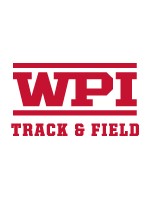 The 4x100-meter relay from the track & field team has been named as the WPI Male Student-Athlete of the Week for the week ending Sunday, April 22nd. The quartet consisting of Oliver Thomas (Goffstown, NH), Antoine Harris (Southington, CT), Alex Rus (Newton, MA) and Nick Fleury (Hopkinton, NH) was second to Middlebury by .01 in a head-to-head race as the foursome collaborated to post a 42.87. Individually, Thomas won the 110-meter hurdles with a time of 15.13, Rus set the school record in the 200m with a second-place 21.92, Harris was third (22.14) in the 200m and Fleury was fourth in the long jump (20-10.5).

Women’s Student-Athletes of the Week 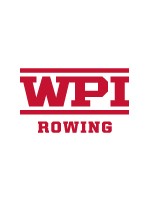