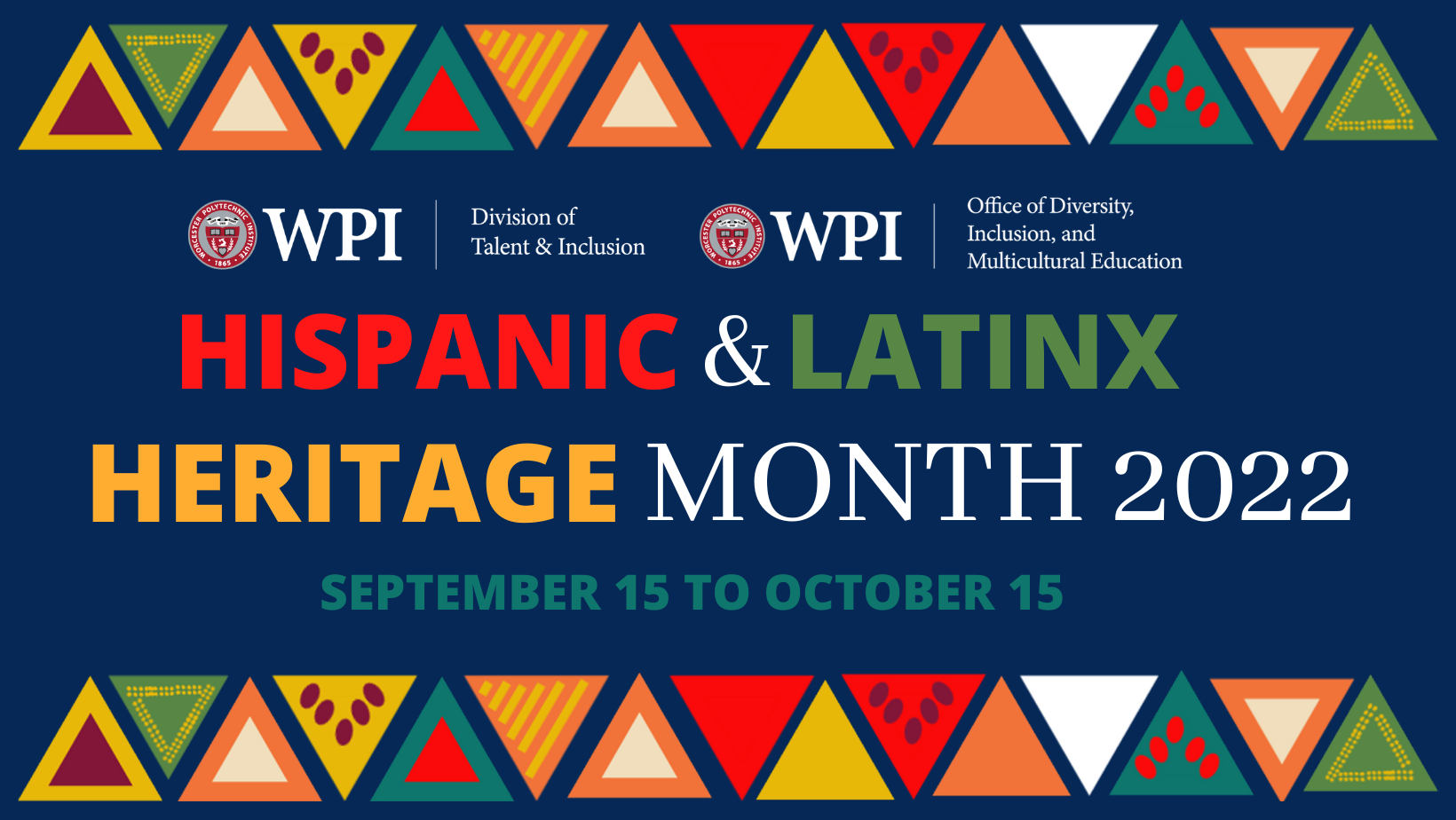 Worcester Polytechnic Institute (WPI) celebrates Hispanic and Latinx Heritage Month 2022 by honoring and highlighting the diverse culture, heritage, and contributions of Hispanic and Latino/a/x/e communities throughout history. We encourage our community to study, observe, and celebrate these communities and their rich heritage.

Hispanic and Latinx Heritage Month currently spans from September 15th to October 15th, however, originally it began as a commemorative week when it was first introduced by California Congressman George E. Brown in June 1968. This timing is important because the move came as a part of the Civil Rights Movement in the 1960’s. Additionally, “mid-September was chosen because it is the anniversary of independence for Latin American countries Costa Rica, El Salvador, Guatemala, Honduras and Nicaragua. In addition, Mexico and Chile celebrate their independence days on September 16 and September18, respectively. Also, Día de la Raza, which is October 12, falls within this 30 day period.”