DEPARTMENT(S):
Office of Diversity, Inclusion, and Multicultural Education (ODIME)
May 31, 2022 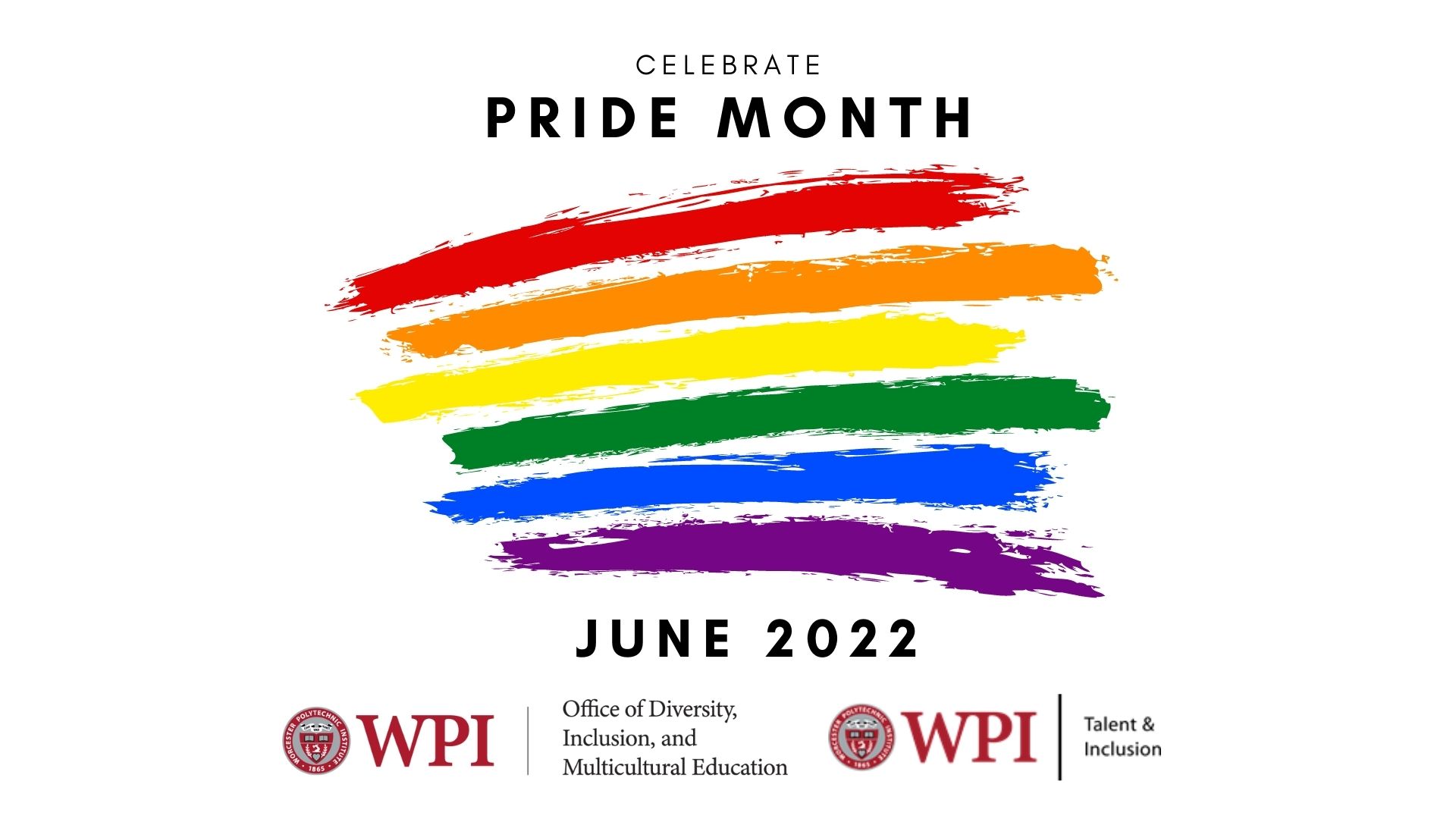 Worcester Polytechnic Institute (WPI) celebrates LGBTQIAP+ Pride Month 2022 by honoring and highlighting the diverse culture, heritage, and contributions of the LGBTQIAP+ community throughout history. Pride Month centers and celebrates the wide spectrum of sexual orientations and gender identities of Lesbian, Gay, Bisexual, Trans, Queer, Intersex, Asexual, Aromantic, Agender and Pansexual (LGBTQIAP+) individuals, advocates, allies, and communities. The “+” represents the additional identities and orientations recognized and those that are still to be discovered. Pride month is a celebration to increase visibility, affirm, recognize, and honor the impact the LGBTQIAP+ community have had on history locally, nationally, and internationally.

The history of pride can be traced to a number of critical events, namely, the 1969 Stonewall Riots/Uprising. On June 28, 1969, during the early morning hours, New York City Police raided the Stonewall Inn, a well-known gay club located in Greenwich Village. Members of the queer community protested in response to persistent police brutality. Leaders, such as Marsha P. Johnson and Sylvia Rivera were at the center of organizing the uprising towards liberation for these oppressed communities, and gay rights activists, communities, and advocates all came together to demand a change. The Stonewall Uprising became a tipping point for the Gay Liberation/Rights Movement in the United States.