Curtis R. Carlson, PhD,  Founder and CEO: Practice of Innovation, has been announced as the speaker of this year's Christopher Sotak Lecture in Biomedical Engineering. 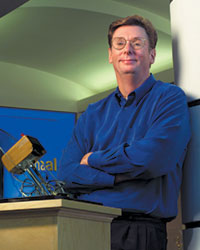 WPI Luminary Carlson is a pioneer in the development and use of innovation best practices and an advocate for innovation, education, and economic development. He is widely known for the development of high-definition TV and SIRI for the iPhone4, but he is also a trusted and sought-after adviser, sharing best practices with government leaders and organizations around the world. Carlson is a member of the National Academy of Engineering and an adviser to the U.S. National Science Foundation. He began two teams that received Emmy Awards for their improvements to television quality. Carlson has also authored two books on innovation. 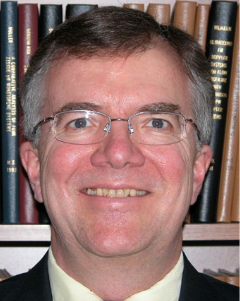 This year's Christopher Sotak Lecture in Biomedical Engineering will be titled:

"The Convergence of Education and Innovation: How the discipline of value creation can transform education, R&D, and commercialization"

The event will be held on  Wednesday, April 4 at 5pm. The Department of Biomedical Engineering at WPI cordially invites colleagues, alumni, students, families and friends to the lecture and reception. This annual event perpetuates Chris’s passionate commitment to supporting and promoting innovative scholarship and research efforts in the field of bioengineering.

Please register here for the event: