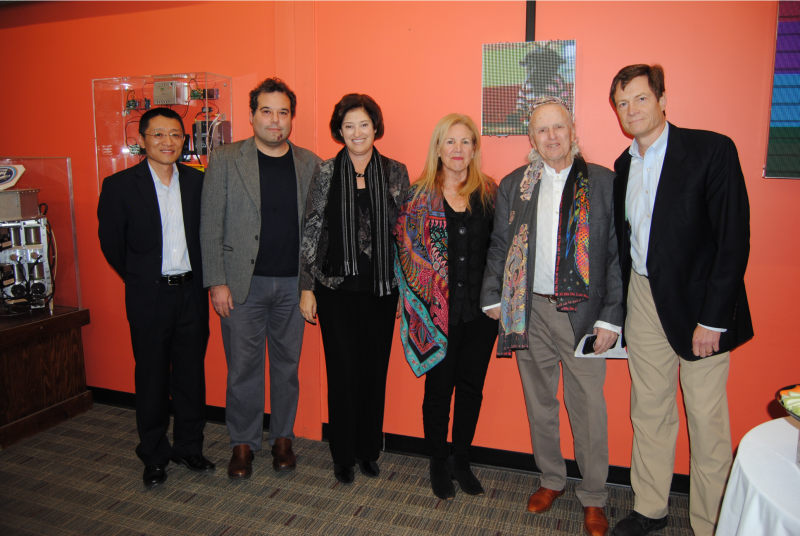 It is a pleasure and an honor to welcome Joe and Phyllis Satin to Atwater Kent.

I’d like to take a minute to tell all of you about the history of the Satin family, both because it’s a great story, and also because it illustrates the spirit of innovation and response to change that the Satin award represents.

Joseph’s great-grandfather Isadore Satin immigrated to the US from Russia in the late 1800s. He arrived in New York City, where his son Joseph Samuel Satin – for whom the Satin Award is named - was born in 1897.  With the help of friends, the Satin family settled in Holyoke Massachusetts where Isadore started a business selling gas lighting mantles to homeowners.

As availability of electrical service to the home spread, Isadore recognized the opportunity this change in technology provided, and he shifted his business to convert homes to electric operation.  At the advanced age of EIGHT, Joseph Samuel Satin began his business career, helping his father wire homes throughout the Holyoke area.

Times changed again with World War I.  Joseph went from his high school graduation into the US Navy, serving with distinction. After the war he rejoined his father and the business grew and prospered.

One year before Joseph’s death, his son Leonard – Joe’s father – joined the family company.  Between Joseph’s illness and the Depression, the business had struggled.  At the lowest point the entirety of the company’s physical assets were ... one filing cabinet.  With $1,500 of his own money, Leonard began the long road back to recovery.

But again larger events intervened, this time World War II. While Leonard served as a lieutenant in the Army, his mother (Joseph’s widow) supervised day-to-day operations of the company.

After the war, the electrical industry flourished, and the Joseph Satin Company was strategically positioned to take advantage of an exponentially growing market.

Isadore Satin’s great grandson Joe graduated from WPI in 1968 with a degree in EE, joined the family company, and working closely with his father Leonard helped expand the company’s product line and continue its strong growth trajectory. Today the Satin American Corporation is a world leader in supplying industry and government with remanufactured circuit breakers, switchgear, and unit substations.

In 1983, Joe and his father Leonard established the Joseph Samuel Satin Distinguished Fellowship in Joseph’s memory -- with the largest gift to the EE department in its history.  I was honored to receive the Satin Award in 1996, and it was critical to my early success in research and scholarship, and to this day I am grateful for that support.  I know there are other Satin Award winners here, and I’d like to take this opportunity on behalf of all of us at WPI to again say “THANK YOU”

Now – just a few more words about why that support was critical for me, and how the Satin family has responded to change at WPI since the gift was first made.  The instructions for the gift explicitly state that the award emphasize “new ideas, innovative drive, and promise of future accomplishment” to have maximum impact in benefitting the ECE department and its students.

Joe told me that this idea came from his discussions with Harit Majmudar, who was one of the founders of the WPI Plan and a legendary figure in the history of the ECE department.

Harit was a strong promoter of educational innovation, and also believed in the power of continual social interaction among professors, students, and graduates as a way to move the university forward.

For me the Satin fellowship was critical since in the 1980s and 1990s the university had yet to make a commitment of startup funding to new faculty. The practice in the first years of the award was to help give new faculty an early boost in their careers.

As WPI has changed and grown its profile into a teaching and research university – recognized as the #1 faculty who balance teaching and research - we’ve been able to support new faculty with startup packages that provide much improved help with research initiation.  So compared to when I started, WPI is doing a much better job of supporting early career faculty.

What we have struggled with, at times, is retention of excellent mid-career faculty who are highly productive, and frankly just as active in terms of “new ideas, innovative drive, and promise of future accomplishment.”

Therefore after consulting with the Satin family, in accord with their original intent to maximize the impact of their generous gift, we are announcing designation of a new chaired position:

Through the generosity of the Satin family, we are able to support two faculty at this time.

After consultation with Dean Soboyejo, Provost Bursten, and President Leshin,

It gives me great pleasure to recognize the first two recipients of the Dean’s Excellence Professor and Joseph Samuel Satin Distinguished Fellowship: 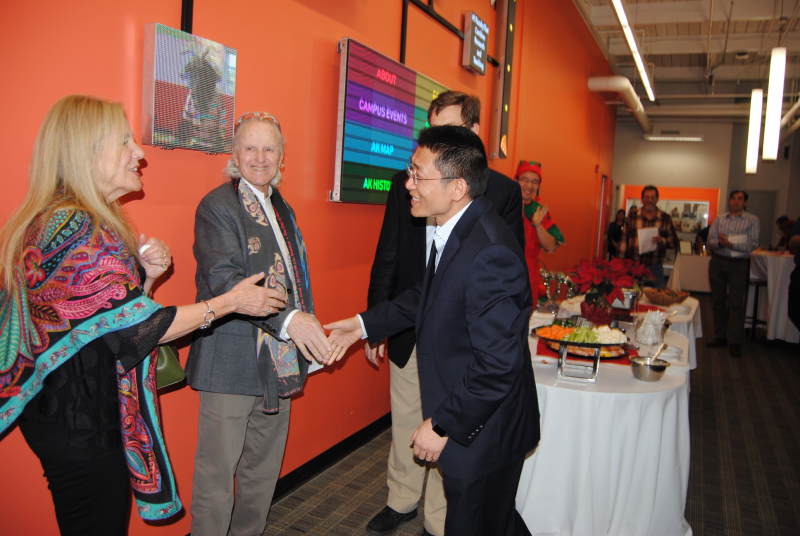 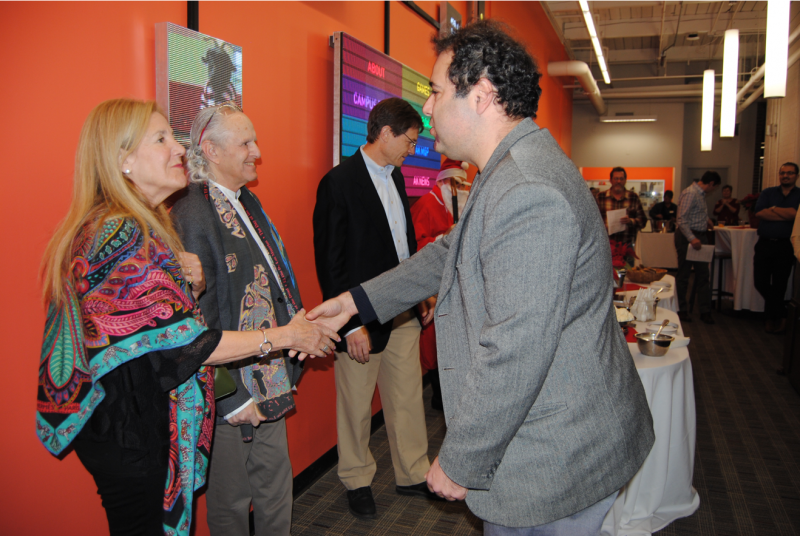