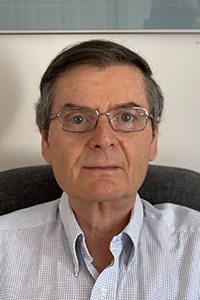 The BME Department wishes a very fond farewell to Professor Emeritus Yitzhak Mendelson, who retired in June 2020. Prof. Mendelson was devoted to WPI and played an integral role in the founding of the BME Department. His research in medical instrumentation, signal processing, instrument design, and noninvasive diagnostics garnered millions of dollars in funding from government, non-profit and industrial sponsors and led to many publications and student theses.

“I’m proud that I had the privilege to contribute to the growth of our department, as well as the opportunity to play a role in the education of so many students since I first started my employment in 1983. I have truly enjoyed my tenure at WPI, and I appreciate having had the opportunity to work with so many talented and dedicated co-workers over the years,” said Prof. Mendelson in his retirement announcement.

Prof. Mendelson’s academic career spanned over 37 years and concentrated in the field of Biomedical Sensors, Bioinstrumentation and Signal Processing. He sought to balance his contributions in teaching, scholarship and service, focusing on a strong commitment to undergraduate and graduate education. He served as the interim department head of the Department of Biomedical Engineering on three different occasions. Prof. Mendelson’s research focused on the development of bioinstrumentation for noninvasive spectroscopic monitoring to improve clinical diagnosis. His vigorous research program produced over 140 publications in leading journals and several patents and book chapters that contributed to the field of noninvasive measurements of blood oxygen saturation and glucose. Prof. Mendelson’s scientific contributions were widely recognized and featured by newspapers and professional trade magazines, and he served as a technical consultant to major medical instrumentation companies. His research was supported by federal grants from the DoD, NIH, and NSF. He served as scientific reviewer for several leading scientific journals and granting agencies.

Prof. Mendelson taught courses at the graduate and undergraduate level in the area of Biomedical Instrumentation with special emphasis on design. He advised numerous undergraduate interactive projects (IQPs), major qualifying projects (MQPs), M.S theses and Ph.D. dissertations in this area. He played a pivotal role in leading the efforts to establish the Biomedical Engineering Department, obtaining and maintaining accreditation of the undergraduate program by the Accreditation Board for Engineering Technology (ABET). He also served as a member of the Steering Committee on the Life Science and Bioengineering Thrust Area. Prof. Mendelson was an active founding member and co-investigator of the Bioengineering Institute (BEI) Center for Untethered Healthcare at WPI. He received a BS and an MS in electrical engineering from State University of New York, Buffalo, and a PhD in biomedical engineering from Case Western Reserve University.

We will all miss Yitzhak and offer our sincere gratitude for his dedication and leadership. We wish him all the best in the coming years as he spends time with his family and enjoys a more leisurely lifestyle.