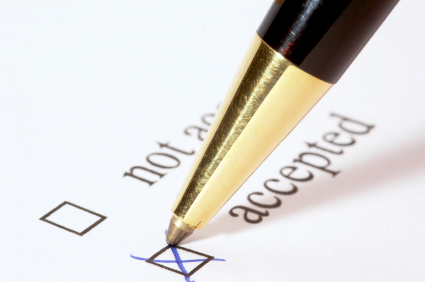 Early Action is getting a bigger piece of the action in the college application game.

Of students considering going to WPI in the fall of 2006, just under 20 percent applied under the Early Action program. If accepted, students in EA do not have to commit right away, and they can apply to other schools under the regular application process.

For the fall of 2013, the percentage of EA applicants to WPI jumped to just over 33 percent, according to Ed Connor, dean of admissions.

Connor says the nonbinding Early Action program, which has been in effect at WPI for about 10 years, takes the pressure to make a decision off students and enables them to check out other schools. Early Decision programs, by contrast, give students a quick answer, but lock them into attending if their aid package is sufficient, according to the College Board.

“Some of them know they’re coming, and they will immediately decide to enroll here,” Connor says. “For others, if they’re admitted, they might apply to three or four more schools.”

Early Action comprises a growing percentage of applicants at WPI and elsewhere, according to Connor, who graduated from WPI in 1992 and has been dean of admissions since 2006.

The program benefits students and schools, allowing more time for visits so students can better understand what’s offered and eliminating the crunch both face under the regular application process, in which an acceptance goes out in April and a decision must be made in a month. With regular applications, “There’s kind of a race to the finish line,” Connor says.

WPI holds two rounds of EA applications, due Nov. 10 and Jan. 1, and students hear back in about 40 days. Regular applications are due Feb. 1, with students learning their fate by April 1.

Stronger students tend to apply early, according to Connor, and they are admitted at a higher rate. For entry last fall, there were 2,848 Early Action applications, out of a total of 8,578, and 1,987 EA students were admitted.

While WPI has what he calls aspirational goals for the percentage of women, people of color and international students, Connor says academics drive admissions. More attention is given to the overall composition of the student body at the recruitment level, according to Connor.

“Academics is the first thing we’re going to look at,” he says. “The grades and the courses really carry the day,” as well as the total high school experience.

Test scores are no longer required, though most still submit them, and all students substitute essays and recommendations, according to Connor.

“Generally speaking, for Early Action there’s been a pretty dramatic increase going back about six or seven years,” he says. “We’re not alone in that phenomenon.”