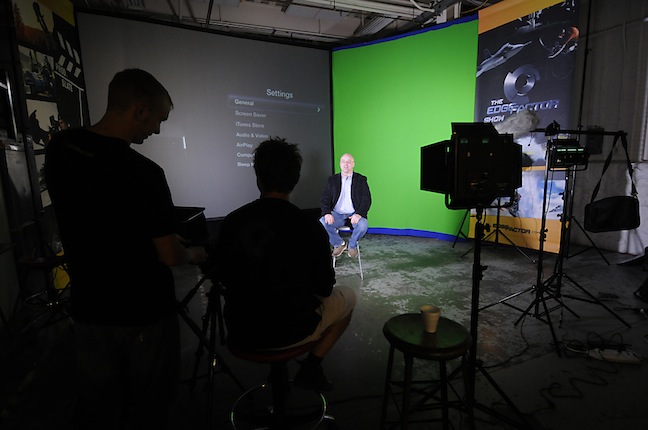 Historically, manufacturing might not have the most glamorous of perceptions, but contemporary manufacturing is not the industry of old. A Canadian production company is aiming to give insight into the new landscape, with the hope of inspiring future workers in this cutting-edge field.

This week Edge Factor is filming episodes of its new series at WPI’s Haas Technical Education Center in the Washburn Shops, which will catalog the journey of new workers into their technology-driven industry.

“Our mission is to inspire and recruit the next generation of skilled manufacturers,” says Larissa Hofman, Edge Factor director of communications. “It’s not a dark and dirty industry anymore – there’s advanced technology, cutting-edge machinery, and tools. It’s just changing the face of manufacturing for young people.

“  Edge Factor has three main video productions; The Chilean Mine Rescue, Gnarly Metal, and Metal & Flesh. The WPI filming is part of a new effort called EDU Factor, specifically Launch Point, a 15-part series looking into the pathways of recent graduates who chose a careers in cutting-edge manufacturing positions. Game Changers, a kit package based off Edge Factors shows, is another tie-in that provides bonus footage and in-depth educational instruction on the behind-the-scenes footage.

Edge Factor chose the Haas Center as one of its five locations to film its Launch Point series, based on what Hofman says was an extensive relationship with a number of practitioners tied to the site. 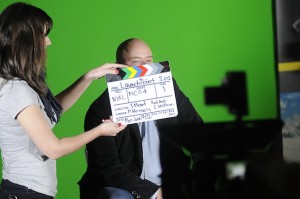 The Haas Center features a cutting-edge, computer-controlled machine lab, where students learn to master the machines and develop the tools for innovative work. Around 1,000 WPI students utilize the center on an annual basis.

The Center runs a retraining program through the Massachusetts Manufacturing Extension Partnership, where unemployed citizens revamp their toolkits in a new field. Most trainees come in with little or no experience, and by the program’s end have a new job. There is always one WPI staff member on site, but WPI undergraduates are the ones who instruct the training program.

“The program has been beneficial to our facility, and the students who went through it,” Center director Toby Bergstrom says. “We do three or four training programs every year. We have about a 92 percent placement rate with our class. Our undergraduate instructors become more knowledgeable about the machine tools as well as provide this service to the manufacturing community.”

This week’s shoot in Worcester is the first filming site for the Launch Point series, and will feature three episodes at the location. Other sites across the country include Minneapolis, Chicago, Arizona, and Southern California. Edge Factor sells copies of its products on its website (edgefactor.com), and hopes to strike a deal with a television network soon. 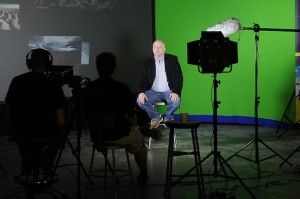 Launch Point will take viewers through the journey of how a recent graduate chose to enter the field, the individuals who helped her along the way, and what she does in her new career. The story line of the series will follow the development of her journey, featuring interviews with inspirational instructors and path setters, and in-depth discussion with her current supervisor.

The stars of the WPI shoot feature Juliana Wakeman ’12  and three individuals who took part in the retraining program at the Center. Wakeman is on a managerial track at General Electric; the others work at Siemens and Phillips Precision. Bergstrom will be one of the inspirational instructors interviewed.

“[The filming] is good for us because it reflects positively upon WPI and shows some of the great things we’ve been doing,” Bergstrom says. “The benefit of the series is that it will provide an incoming stream of people who are excited about this technology.”