WPI concluded its year-long 150th anniversary celebration with an announcement that the university closed the largest comprehensive fundraising campaign in its history, having surpassed its $200 million goal by bringing in just over $248 million.

Funds raised with “if…The Campaign to Advance WPI” will support the potential and imagination of WPI students, the places and spaces where they learn and live, and the leaders and innovators who guide them on their journey through theory and practice on their way to greater impact.

WPI is so grateful for the support shown by our alumni, friends, and partners during this campaign, and we want them to know that we will ensure that their generosity advances WPI students, faculty, and facilities for years to come.

Following are examples of the impact "if...The Campaign to Advance WPI" is already having on our students, faculty, and campus life. 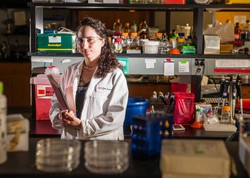 The state-of-the-art laboratory and teaching facility funded by the George I. Alden Trust, and the opportunities it provided to engage in research while an undergraduate, set Roseann S. Gammal ’10 on a path that eventually led to a doctorate in Pharmacy. 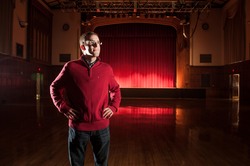 THE POWER OF RELATIONSHIPS

From Glee Club to Residence Hall Council to his academic mentors, Foisie Scholars Program recipient Kevin Hufnagle ’14 says he can sum up his WPI experience in one word: relationships. 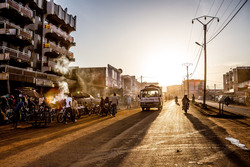 PROJECTS THAT CHANGE EVERYTHING

The generosity of a WPI donor provided Donal Boyd ’13 with the opportunity to travel to Namibia for his Interactive Qualifying Project (IQP), an experience that not only influenced him as a person, but was “transformative” in shifting his life goals. 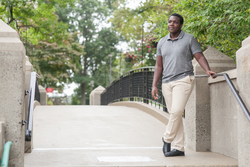 As an ExxonMobil Scholar, Kofi Nhiya Colecraft ’18 is pursuing a chemical engineering degree––an opportunity he says will help him fulfill his dream of making a positive impact and giving back to his native Ghana.

At the close of the campaign, the university issued this press release.