More than 1,000 people will gather to welcome Laurie Leshin as WPI’s 16th president at her Inaugural Installation Ceremony tomorrow. Taking place from 10 a.m. to noon at the WPI Sports and Recreation Center, the event will follow ceremonial conventions, with the addition of some unique WPI elements. 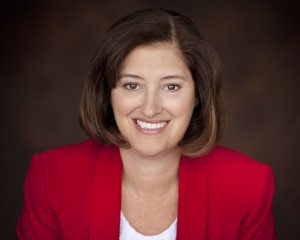 The installation will begin with a processional from the Rubin Campus Center led by WPI Provost Eric Overström. Other procession members include delegates from more than 75 colleges across the United States, the ROTC Color Guard, and several honored guests, with Leshin positioned at the end. Students from more than 40 countries will also line the processional route to offer their support.

Leshin will be officially welcomed by representatives from the WPI undergraduate and graduate student bodies, staff and administrators, faculty, and alumni. She will also receive welcomes to the city and state from Worcester mayor Joseph Petty, and Gregory Bialecki, secretary of housing and economic development for the Commonwealth of Massachusetts. David Angel, president of Clark University, will welcome Leshin to the community of academic leadership.

Guests should also be on the lookout for a special video message featuring some clever WPI students, as well as everyone’s favorite goat.

“The students wanted to do something personal to honor President Leshin,” says Art Heinricher, dean of undergraduate studies. “This is a strong testament to the impact she has already made at WPI during her first five months.”

Phil Ryan, chairman of the WPI Board of Trustees, will serve as the master of ceremonies, and WPI alumna Rev. Debora Jackson ’89 will provide the Invocation. The WPI Brass Ensemble will play a piece written by Alistair Coleman, a family friend of Leshin’s who is the youngest-ever published composer, at just 15 years old.

Next, Leshin will receive WPI’s founding document and Presidential Medallion at the Investiture Ceremony, where she will officially become WPI’s 16th president. In that role, she will present six recipients with Presidential Medals, given in recognition of their professional balance of theory and practice. She will then address the crowd with her inaugural address, “Imagine More,” before leading the recessional—and likely pausing to take a few selfies along the way.

“This is a truly once-in-a-lifetime event, bringing together a memorable inauguration with WPI’s sesquicentennial celebration,” says Heinricher. “When WPI first opened, many women applied but were told that we did not have the capacity. One hundred years later, our first female students were admitted, and now, fifty years after that, we are inducting our first female president.”

STARS WILL SHINE AT THE INTERGALACTIC BALL

The inaugural festivities will continue at the Intergalactic Inaugural Ball, when Harrington Auditorium will be transformed into an outer space extravaganza from 7 to 10 p.m. More than 1,000 attendees including President Leshin and her family, Inaugural delegates, and WPI students, faculty, staff, and alumni will come together to celebrate WPI’s place in the universe and dance the night away.

In accordance with its cosmic theme, the ball will feature a laser light show and photo booth where guests can get their pictures taken with celestial backdrops. There will be plenty of space for dancing, and music will be provided by Clockwork, a popular Boston-based band managed by keyboardist and WPI alumnus Ron Barth ’86.

While the ball will be a culmination of this week’s Inaugural events, it will be also opportunity for the WPI community to look forward—and to just have fun.

“This ball will be one of the best events of the year,” says Emily Perlow, director of Student Activities. “Everyone is very excited to celebrate. We’ve already reached full capacity and we expect a festive crowd.”

Registration for the ball is currently closed, but people interested in attending may add their names to the waitlist  by going to http://leshin16.wpi.edu/ and entering the code WPICOMMUNITY in the registration box.