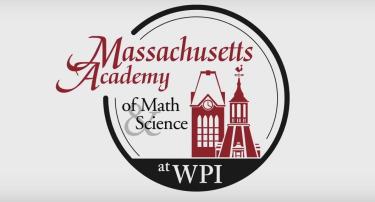 Lei will compete with 10 other students from across the country for a $10,000 prize

Massachusetts Academy of Math and Science senior Patrick Lei is readying his game face for Jan. 7, chosen as a 2017 national finalist for the Who Wants To Be a Mathematician contest.

The contest—which pits 10 contestants from across the U.S. against each other in game-show format—is part of the Joint Mathematics Meetings in Atlanta, Ga., hosted by the American Mathematical Society (AMS). The prize is $5,000 for the winner and another $5,000 for his or her school. 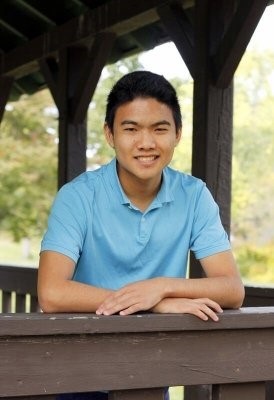 It’s the second year in a row that Mass Academy has had a representative on stage; last year, then-senior Karthik Karnik achieved runner-up status. Just as Karnik was last year, Lei is now captain of Mass Academy’s math team.

“He’s a very good competition guy,” says Tom Regele, Mass Academy mathematics teacher, of Lei, who he had in class last year. Regele says Lei is very skilled in physics and computer science. “He is able to synthesize things together.”

“I think there is a definite connection between high-level mathematics and computer science. I see him down the road applying those skills,” says Barney.

Lei, a resident of Holden, finds competitions inspiring. He says he loves the challenge of mathematics and the ability to figure things out on his own. So it only makes sense that he has been working to spread contest enthusiasm to younger math students in the Central Mass. area. “The idea is to get them get them interested in competitions,” where they can show their numbers skills, he says.

Lei is working with the Mass Academy Math Team and Marlborough’s Advanced Math and Science Academy Charter School Math Team to sponsor a middle school math competition at WPI’s Alden Memorial this spring, tentatively on March 18, says Barney. The group is trying to organize financial sponsors and have an all-day event with a luncheon.

"He’s collaborating with another group of high school students, but sponsoring it on the WPI campus. And it’ll get middle schoolers excited about mathematics. It’s a win-win for everybody,” Barney says.

The AMS national Who Wants to be a Mathematician contest began in 2001, developed by two men with game show backgrounds: Mike Breen and Bill Butterworth. Breen has appeared on Jeopardy! and Wheel of Fortune. Butterworth was a consultant on The Price is Right, according to the AMS website.

Lei says he is not nervous about the big day of multiple-choice questions. Regele says that although the competition is on a Saturday, he hopes to gather a group together at WPI to watch Lei on TV, just as they did on campus for Karnik last year.

Just being chosen to compete is hugely valued, says Barney.