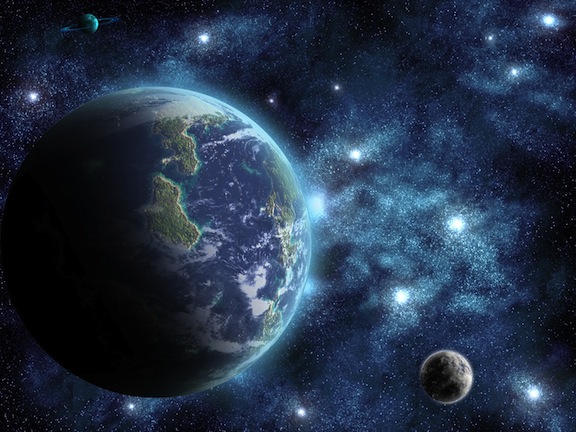 It’s a New Age concert for the ages. It’s Missa Gaia, or Earth Mass, a choral work in which composer Paul Winter has integrated world music with songs from the wild—bird tweets, sonic shrills of whales, and the wolf’s cry—all God’s creatures—to celebrate the whole earth.

It was commissioned as a contemporary ecumenical Mass and completed in 1980. For nearly 30 years Missa Gaia has been performed annually on the first Sunday in October in the Cathedral of St. John the Divine in New York City.

For more than a decade members of WPI Festival Chorus, under the direction of John Delorey, have taken part. This year’s NYC concert is Sunday, Oct. 6, at 3 pm. (A Worcester performance will take place on Sunday, Oct. 13, at 4 pm at First Baptist Church, 111 Park Ave.)

“It is scored for ‘Chorus, Soloists, Organ, Animal Sounds, and the Paul Winter Consort’” says Delorey. “People line up at 8:30 am. for the 11 o’clock service, most with their animals, which are allowed into the Cathedral.”

WPI’s invitation happened serendipitously. When calling about singing, the person who answered just happened to be someone Delorey had sung with in the Berkshire Boy Choir. “He invited us down, and I have been there every year since,” Delorey said. “This year will be the 13th visit for WPI and my 23rd.”

Delorey said working with Paul Winter is a dream. “He really likes the WPI chorus and he invited the group to sing on his most recent CD —an incredible experience for the students.”

The Paul Winter Consort won “Best New Age Album” at the 53rd Annual Grammy Awards. The WPI Festival Chorus sang on the piece called “Remembering” from the album, Miho: Journey to the Mountain.

Andrew St. Jean ’13 sang on the recording and has been taking part in the NYC trip since 2010. “Missa Gaia is masterfully written,” he says. “There is something about the way the choral parts sound jazzy yet still seem traditional. I’ve had a lot of different experiences singing choral works. I have never seen or performed anything else like this before.”

WPI senior Eileen Wrabel is the tour manager for the trip. “We have many alumni who meet us in the city for the weekend,” she says. “I am very excited to introduce freshmen to people I spent my first few years of college with. Missa Gaia is such an amazing experience for all of us.”

Marie Russo ’07 joined Alden Voices at the beginning of her freshman year. She says the trip is “a wonderful opportunity to go down to New York for a weekend with folks you know—or not so much …  I remember getting convinced to go (a bit begrudgingly), and ended up making friends that would last the rest of my WPI career.”

For nearly 30 years Missa Gaia has been performed annually on the first Sunday in October in the Cathedral of St. John the Divine in New York City.

This is the first time playing the work for pianist Andrew Strout ’15. “Missa Gaia manages to really set itself apart from other religious music. I think its originality is a big part of why it’s so special. I mean, how many other Kyries start with a wolf howling?”

When asked if the group is ready, Delorey says, “The chorus is never completely ready for what is to come in New York—no matter how well one knows the notes. The transformation that will happen will be astounding, and they will return to Worcester knowing this piece in a way that only those who have performed it at the Cathedral can understand.”