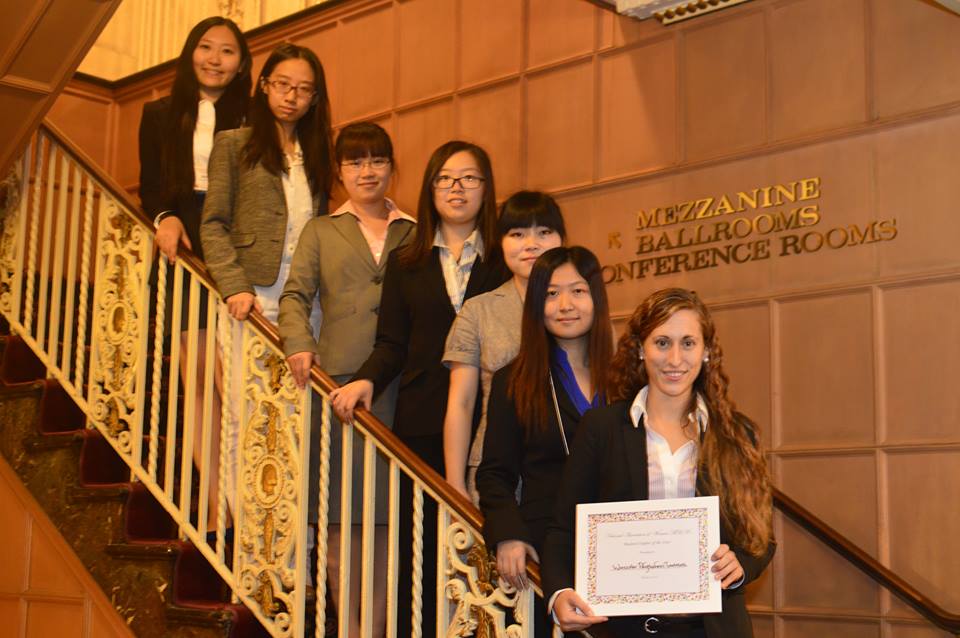 It took a while for WPI, long renowned as an engineering school, to earn public recognition as a place to learn business, as well.

Norm Wilkinson, director of programs in the School of Business, tells the story of a business conference in the 1990s, where the university had a booth identified by a banner with the letters WPI. A man walked by, spotted the banner and told those at the booth, “‘I listen to that station. I love that,’” Wilkinson recalls. “He thought we were a radio station.”

No, WPI is not a radio station, though recently many have sung the praises of its School of Business.

For five straight years, Bloomberg Businessweek magazine (formerly BusinessWeek) named its part-time MBA program top in the Northeast. And at its convention in Boston early this month, the National Association of Women MBAs (NAWMBA) named the WPI chapter Student Chapter of the Year.

NAWMBA seeks to empower women in business through education, professional development, networking and collaboration. The more than 80 college chapters encourage women to complete graduate business programs, like those at WPI.

“This is a really big deal because it’s the first time the award has been given out,” chapter president Kate Remillard said. The national organization noted the WPI students’ innovation and leadership, according to Remillard.

Each semester, the local chapter participates in a community service. In the past, this has included helping Wachusett Greenways maintain its section of the Mass Central Rail Trail. This semester, NAWMBA members volunteered at stART on the Street, the annual arts festival in Worcester that draws tens of thousands of people.

The group also hosts events to help students hone their business skills. Upcoming programs will focus on interviewing, with a workshop planned in conjunction with WPI’s Career Development Center and a mock interview session in which companies will interview students, then critique them in a feedback session.

Remillard says both programs will help graduates when they interview for jobs in the work world.

The local NAWMBA chapter has about 20 members. It is not limited to students in the MBA program, nor does it exclude men.

Wilkinson, who has been at WPI for 18 years, says the School of Business is highly regarded because its faculty is committed and engaged, it has a history of turning out talented graduates and because the program has found a niche.

“We’re aimed at the integration of business and technology,” he says.

In determining its rankings, Bloomberg Businessweek talks to students, unlike some other organizations that conduct surveys to rank programs, according to Wilkinson.

Remillard, who lives in Sutton and earned an undergraduate degree in management engineering at WPI, plans to finish her master’s in management next year. After two years of work, she wants to return to the School of Business for her MBA. She’s not sure what she will do after that.

“I’ve had so many eye-opening experiences that there’s a lot of possibilities and different things I’d be interested in,” she said.

“Kate’s going to have lots of options,” Wilkinson added. “Our students do not suffer from a lack of opportunity when they get out of here.”