This evening at 7 p.m., the Coolidge Corner Theatre in Brookline will show 1974’s The Conversation as part of its Science on Screen series. The series has included Arsenic and Old Lace preceded by a talk on poisons by University of Wisconsin journalism professor and poison expert Deborah Blum and Paths of Glory, which followed a talk on humans and violence by Harvard psychology professor Stephen Pinker. 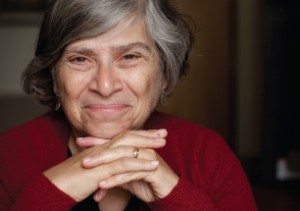 Susan Landau warns that the Internet of
Things will make it easier to track citizens.

Susan Landau, professor of cybersecurity policy, will introduce the film, commenting on the dangerous implications of new technologies in wiretapping for individual privacy and long-term national security.

In the film, surveillance expert Gene Hackman, as Harry Caul, turns up more than he wants to know when a client hires him to record a young couple talking and walking in San Francisco. Director Francis Ford Coppola sought to explore the social and ethical impact of surveillance at a time when the issue of wiretapping demanded attention in American politics.

“The world is very different now that we all walk around with tracking devices, which we have on all the time.” – Susan Landau, Professor of Cybersecurity Policy

But Watergate and the erasing of eight damning minutes of tape, critical as they were, seem as rudimentary as tin cans linked by a string in comparison to today’s intricate information network.

In her comments in Brookline, says Landau, “I’m going to talk about metadata and what data reveals about you.”

She has long cautioned that there are significant long-term national security risks in the embedding of data collection capabilities in communication devices.  Private-sector telecommunication challenges not only our definition of the right to privacy, but also the degree to which any nation can protect itself in a world where the acquisition and transmission of information can mean power. 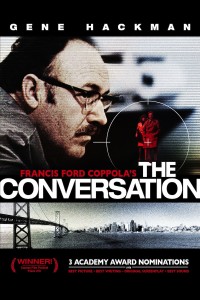 Landau began her career as a theoretical computer scientist and, over 20 years ago, began working in encryption policy and then more generally in cybersecurity.

She has worked at Google as Senior Staff Privacy Analyst and as a Distinguished Engineer at Sun Microsystems.

Prior to her time in industry, she was on the faculty at the University of Massachusetts at Amherst and Wesleyan University.  In addition to her position at WPI, she is also a visiting professor in computer science at University College London.

Among other honors, she was a 2012 Guggenheim fellow and a fellow of the Radcliffe Institute for Advanced Studies (2010–11). In 2008, she received the Women of Vision Social Impact Award from the Anita Borg Institute and this year was inducted into the Cybersecurity Hall of Fame.

In the course of her career, the fundamental issues that engage her have emerged as among the most critical concerns of a 21st century global society.

Her views have been influential among policy makers as well as academics, and she currently serves on the the Computer Science Telecommunications Board of the National Research Council.

“The world is very different now that we all walk around with tracking devices, which we have on all the time,” she says, reflecting on the concerns that Coppola raised in the mid-1970s. “And the Internet of Things will only make it easier to track us.”

That Internet of Things, with automobiles that can communicate with other vehicles to avoid accidents, smart refrigerators announcing that the milk is spoiled, and tires that warn that their treads are wearing, will change everything.

“We’re moving from not only smart phones, but also to smart devices,”  says Landau.

The problem is not technology per se but rather the fact that “we haven’t adjusted our legal norms or social norms in response to how quickly [it] is moving.”

In the past, for instance, tracking or surveillance was regulated by the concept of “notice and choice.”  Those who were collecting data were legally obligated to give those being tracked the choice to participate.

Now, data collection occurs too rapidly to make such a practice plausible.

“We shouldn’t stop collection of data, but it has to move to a model of controlling the uses of the data collection,” says Landau. “Those are big, big changes and are hard to do.”

Law and policy will adapt but slowly, in response to analysis on a case-by-case basis, just as conversations about federal wiretapping emerged in the aftermath of Watergate.

Science on Screen is a film series begun by the Coolidge Corner Theatre Foundation and expanded to independent theatres across the country with the support of the Alfred P. Sloan Foundation. The program combines the showing of “classic, cult, and documentary films” with commentary by experts in science, technology, and medicine.

“Each film … provides the perfect combination of entertainment and enlightenment—even for the most science-phobic culture vulture!” says the theatre website.

After the The Conversation, the next Science on Screen film will be The Blob (1958) with Steve McQueen on December 7.

Tickets for Science on Screen programs are $12, or $10 for students and seniors. For more information, visit the theatre website at http://www.coolidge.org/.