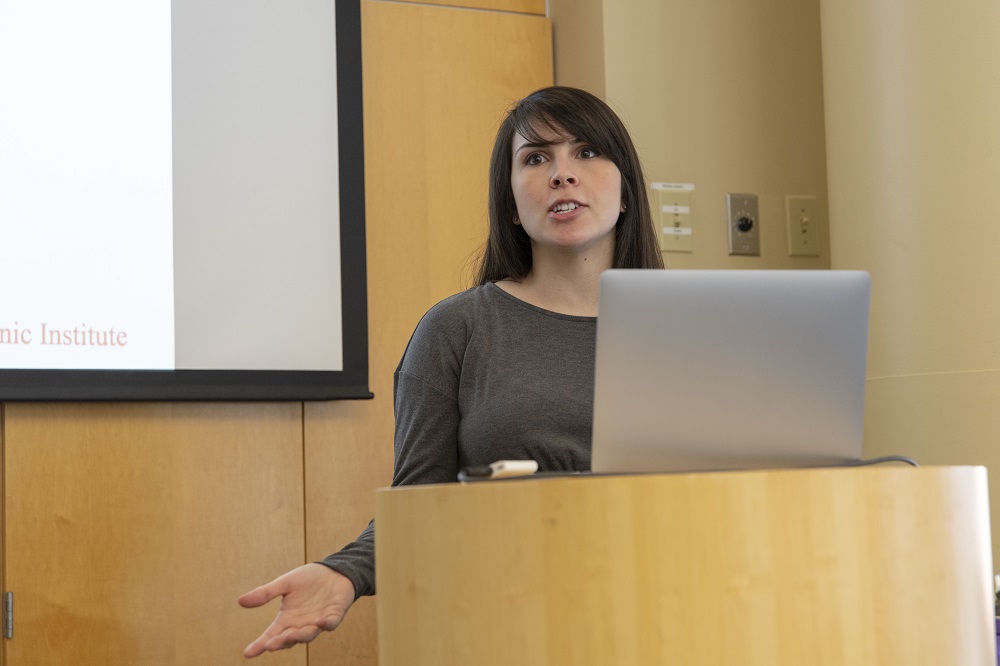 Family and friends are often the first people with whom women share the news of a pregnancy, and who get a first peek at a newborn fresh from the hospital.

But, when a woman discovers that friends and family are often the most likely to dish out jabs about her weight, her new bundle of joy can morph into a new bundle of stress. 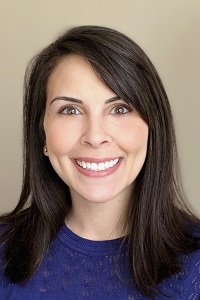 Building upon her research on weight stigma, Angela Incollingo Rodriguez, assistant professor of psychology at WPI, recently published two articles on the topic. The first, in the journal Stigma and Health, reports nearly two-thirds of pregnant and postpartum women experience weight stigma, and that those instances of weight stigma come from friends, family, and even healthcare providers. The second, in the journal Social Science & Medicine, reveals that when pregnant and postpartum women experience weight stigma, they are at risk for depressive symptoms, unhealthy eating behaviors, and stress.

Incollingo Rodriguez’s study included 501 women, 143 of whom were in their second or third trimester of pregnancy and 358 who had given birth within 12 months prior to participating in the study. All the women were surveyed about their experiences with weight stigma—whether they had spoken with anyone who made them feel bad about their weight, how frequently they experienced weight stigma, and even how frequently depressive symptoms occurred after hearing instances of weight stigma, such as, “I have been so unhappy that I have been crying.”

The results showed that about 65 percent of women experienced weight stigma from at least one source. Participants reported that the top offenders of weight stigma included …

Examples included well-intentioned but misdirected comments from family members, like “You shouldn’t be trying to get pregnant because you’re too heavy,” or invasions of privacy by strangers who offer unsolicited comments, such as “You should put your baby up for adoption because you’re going to make it fat.”

Similar to her original study linking weight stigma and postpartum and maternal mental health, published in Health Psychology, Incollingo Rodriguez found that these instances of weight stigma, regardless of where they came from, instigated in participants more depressive symptoms, maladaptive dieting behavior, emotional eating (particularly among pregnant women), and higher stress.

“This is a huge problem because these symptoms can not only affect the mother or mother-to-be, but also the child,” Incollingo Rodriguez said. “Studies have shown that stress in pregnancy can lead to cognitive and learning disabilities, impaired health, even behavioral issues in the child. It can also affect the mother-child relationship, making it more difficult for mothers to breastfeed, and impair mother-infant bonding.”

“Family and friends can make an effort to be accepting of all shapes and sizes, and to shift the prevailing social messaging that associates weight with negative qualities,” she said.

Similarly, healthcare providers, especially physicians, might consider integrating “new school” training to their education to sensitively address weight gain guidelines with their patients regardless of their size, and recognize that discussions of weight can be received as criticism.

“Strictly following traditional weight rules based on body mass index (BMI) for pregnant and postpartum women can be considered old school,” Incollingo Rodriguez said. “Doctors have been educated to think like that for years. But, if doctors focused less on the numbers on a scale and more on a patient’s healthy eating and exercise habits, they could have a more positive effect on a patient’s overall health, and on their baby’s health while avoiding potentially stigmatizing their patients.”

She also said that the media has a role to play in minimizing negative portrayals of weight gain during pregnancy, such as portraying new mothers who have kept on weight postpartum as “letting themselves go,” or highlighting how quickly celebrity mothers, like supermodel Gisele Bundchen, have “lost the baby weight” postpartum. Altering its message to one that is more positive about body image, and one that raises awareness about the damaging effects weight stigma has on pregnant and postpartum women, can help spark a much-needed culture shift.

“There are already celebrity mothers out there, like model Chrissy Teigen, for example, who are celebrating their healthy bodies, even if their figures are fuller post-baby,” Incollingo Rodriguez said. “That gives a positive message. That’s the goal, ultimately—healthy mom, healthy baby, healthy relationships.”