In the interview, the professor of cybersecurity policy defends the need for technology like strong encryption to safeguard the information we store on our phones. 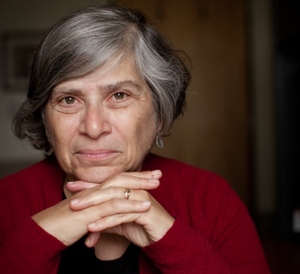 When Apple recently introduced its new iPhone 6, one of the features the company touted was strong encryption that can keep a user's private information out of the hands of hackers. But the news was received with trepidation by the federal government. In recent testimony, FBI director James Comey suggested that by making it harder for the government to gain access to the data on our smartphones, companies like Apple could be hindering the ability of law enforcement and national security agencies to do their jobs.

To learn more about the balance between security and privacy, John Hockenberry, host of the Public Radio International's The Takeaway, recently spoke to Susan Landau, professor of cybersecurity policy at WPI. A former senior staff privacy analyst at Google and a widely respected authority on cybersecurity, privacy, and public policy, Landau is the author of Surveillance or Security: The Risks Posed by New Wiretapping Technologies (MIT Press), which won the 2012 Surveillance Studies Book Prize from the Surveillance Studies Network.

In the interview, Landau defended the need for technology like strong encryption to safeguard the information we store on our phones. While the government may have a legitimate need to seek that data on occasion, there are others, including hackers and foreign governments, who also want it and users have a right to keep it away from them, she said. "The point," she noted, "is not whether law enforcement should be able to get access to the data, but whether it should be really easy."

Learn more and listen to the interview.

LANDAU IN THE NEWS

How NOT to do remote PC searches: Experts explain tech dangers of Rule 41 changes – read the entire article by Network World.