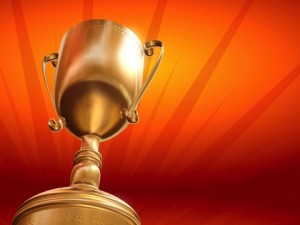 WPI is pleased to announce the Charles O. Thompson scholars for the Class of 2016. Each year, WPI designates the title of scholar to first year students who excel in their course work. These students are eligible to compete for a scholarship by submitting an essay that articulates their additional contributions to the WPI community.

This year’s winner, earning herself the designation of Outstanding Member of the Class of 2016, is Samantha Neeno. Hailing from Alaska, Neeno is a biomedical engineering major who has made extensive contributions to the Drama & Theatre program. She performed in Pirates of Penzance andBlithe Spirit¸ and played an important role in the stage management of I Love You Because and New Voices. In addition, Neeno maintains an excellent academic record while being actively involved in Alpha Phi Omega.

The essay was the deciding factor,” says associate dean of undergraduate studies Kris Wobbe of Neeno’s win. “It was a creative and thoughtful piece of writing that distinguished her from the rest.

The Charles O. Thompson award is named after the university’s first chemistry teacher, who became WPI’s first president in 1868. In his remarks at the Institute’s opening ceremonies, Thompson said WPI is not a place “to be regarded as an easy road to knowledge.” As such, it is fitting that the requirements for the award in his honor have such strict academic guidelines.

To qualify, first year students must have received all A’s and B’s in A-, B- and C-Terms, with no fewer than six A’s. As Wobbe notes, “These criteria are more selective than the dean’s list for upperclass students.” Of the 953 students in the class of 2016, 227 qualified, an increase over last year’s total. Of the qualifying students, 76 wrote essays to be considered for the Outstanding Student of the Class of 2016. The decision was left up to the committee comprising dean of undergraduate studies Art Heinricher, HUA professors Tina-Marie Ranalli and Peter Hansen, and Wobbe, who says. “The committee had a difficult time choosing the best among the group of highly qualified students.”

Wobbe stresses the significance of awarding first year students specifically. She says, “It is important for us to recognize the hard work of students at the beginning of their academic career, and encourage that hard work, rather than only rewarding it at the end of their time here.”

A reception will be held for the Charles O. Thompson scholars on Monday, Sept. 9, 5–6:30pm, in the Campus Center, Odeum C. Each scholar will receive a certificate signed by Wobbe and Provost Eric Overström.