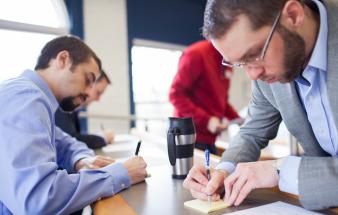 Have you ever wanted to arm yourself with the basics of web design for the post-apocalypse? Wondered what exactly is on the petri dish that is your cell phone? Considered running your life like a business?

All of the above will be topics of “pop-up classes” at the Unconventional Convention being held on campus this weekend. 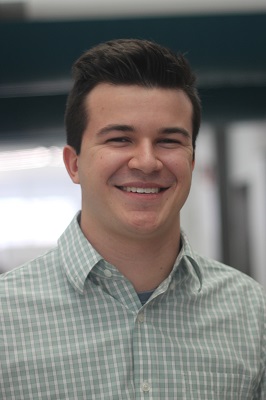 “It’s a very informal setting that encourages a lot of cooperation between students, faculty and alumni,” says first-year graduate student Vinny Sabo, one of the event’s organizers. “It’s just the idea that education can happen outside normal coursework and normal curriculum. It doesn’t have to just be between professor and student.”

Pop-up classes are quite literally popping up at more and more colleges and universities across the country – and now they’re coming to WPI. As Sabo explains, they are essentially short, hands-on extracurricular workshops that explore topics not typically covered in the conventional classroom setting. The key to them is the idea of interactivity, brainstorming, workshopping, and discovery.

“It’s more this grassroots approach to educating the masses,” says Sabo, whose graduate work is focused on systems dynamics. “It’s giving everyone the power to teach something.”

This weekend’s Unconventional Convention, which was organized by the student-led initiative LaunchPad, will offer pop-up classes on myriad topics, led by students, alumni, and local business leaders. It will also incorporate a design challenge and brainstorming breakfasts. Sabo says he expects about 40 people to participate.

Among the highlights: Joe Bush, executive director of the Worcester Clean Tech Incubator, will direct a class on using the business model canvas to achieve career and academic goals; PhD student Todd Alexander will help attendees learn the basics of growing bacterial cultures on their smartphones; and undergrad Clara Merino will provide guidance on the fundamentals of circuitry and soldering.

“The ideas happen to be very diverse and unique,” says Sabo, stressing that the core idea is to pass on and foster an entrepreneurial mindset.

As Sabo explains, he and eight other WPI students became intrigued by the concept when they were introduced to it as participants in the University Innovation Fellows program. Run by the National Center for Engineering Pathways to Innovation (Epicenter), and directed by Stanford University and the nonprofit network VentureWell, the six-week online-based program trains fellows to bring entrepreneurism and design thinking to their campuses.

The hope is that the event will spur more pop-up classes, design competitions, and project starters across campus, fostering a culture of collaboration and idea-sharing.

“This allows people to really deepen their education in very specific interests that other people have,” says Sabo. “Through those interests, they can build connections, grow ideas.”