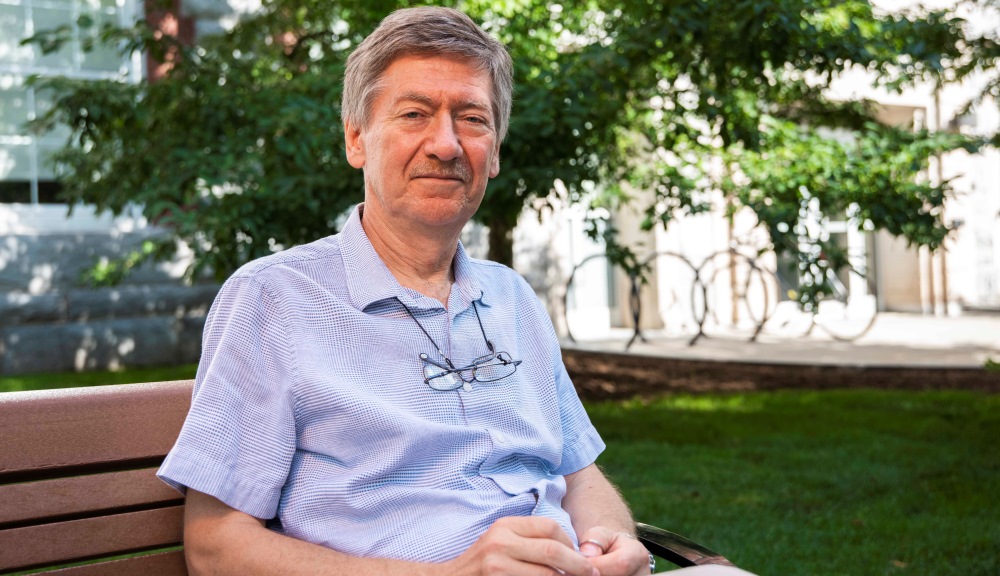 Awarded only 34 times since 1966, the fellowship honors Yakovlev for his research on computer modeling of microwave power systems and his service to the Institute.

Vadim Yakovlev, associate research professor of mathematical sciences at Worcester Polytechnic Institute (WPI), has been named a fellow of the International Microwave Power Institute (IMPI). The prestigious honor, which has been awarded only 34 times during the organization’s 52-year history and only four times in the last decade, was presented at the IMPI general membership meeting in Long Beach, Calif., on June 27.

“To be named a fellow of IMPI is a rare privilege, granted only to those IMPI members who have served in extraordinary capacities for the institute, as well as being highly recognized scientists within their own fields,” said Robert Schiffmann, president of IMPI and an IMPI fellow. Yakovlev was recognized for his work on computer modeling of microwave power systems, as well as his service to IMPI—particularly in the area of publications. He has been a member of the IMPI board of governors since 2012 and was the technical program chairman for the Institute’s 47th Annual Microwave Power Symposium in Providence, R.I., in 2013.

Yakovlev, who directs the Industrial Microwave Modeling Group, part of WPI’s Center for Industrial Mathematics and Statistics, conducts research in the areas of electromagnetic and multiphysics modeling, scientific computations, and optimization in interdisciplinary areas involving high-frequency electromagnetics. His particular research focus is applications of microwave power engineering and microwave imaging, including the use microwave imaging for the nondestructive evaluation and testing of materials.

Supported by more than $2 million in awards from the National Science Foundation, the U.S. Department of Energy, the Air Force Research Laboratory, the Air Force Office of Scientific Research, and industrial sponsors, Yakovlev’s work has resulted in more than 100 papers in peer-reviewed journals and conference proceedings. He has delivered over 10 plenary presentations or invited talks at conferences and more than 50 invited lectures and presentations in Asia, Australia, Europe, and North America since 2000.

His other professional honors include a fellowship in the Faculty Research Participation Program of the U.S. Air Force Research Laboratory, an Honorable Guest Professorship at Kunming University of Science and Technology in China, and the Institute of Electrical and Electronics Engineers (IEEE) MTT-S IMS Highest Quality Workshop Award for “Recent Advances in Microwave Power Applications and Techniques,” presented at the IEEE MTT-S International Microwave Symposium in Boston in 2009.

He works regularly with undergraduates and graduate students on his research, and a number of the students he has advised have also earned significant honors, including a J.W. Fulbright Fellowship for United States Students (Erin Kiley, 2008), a National Science Foundation Graduate Research Fellowship (Erin Kiley, 2010), Best Student Paper awards at the 47th and 49th IMPI Microwave Power Symposia (Chuqiao Yang, 2013, and Ethan Moos, 2015), and a WPI Summer Undergraduate Research Fellowship (Petra Kumi, 2018).