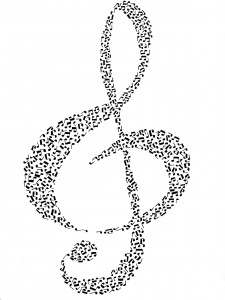 With a number of events scheduled in the coming months, the WPI Choral Department is continuing to provide a rewarding activity and form of expression for students.

“There were 32 men and seven women in the chorus when I came to WPI in 2001,” says director of choral music and associate professor of music John Delorey. “Now there are 78 men and 56 women. We’ve had 10 marriages among singers over the years,” he added. “It’s a great place for boys to meet girls, both doing something they like.”

THE LATEST SERIES OF CHORAL EVENTS STARTS OFF WITH THE VOCAL PERFORMANCE LAB CONCERT ON SUNDAY, FEB. 23, AT 3 PM, IN THE SPAULDING RECITAL ROOM, ALDEN HALL.

This particular ensemble—which performs twice a year—is considered the school’s “elite” talent, pairing the best WPI choral voices with professional singers from Worcester and Boston, to explore different kinds of music and vocal techniques. The group also provides voices for the Virtual Choir, a way of supplementing voices in a choir using technology.

Delorey says the Virtual Choir is designed to build on the success of the Virtual Orchestra, technology developed by WPI director of computer music research Fred Bianchi and made famous by Grammy Award-winning composer and conductor Eric Whitacre. It brings together voices from all around the globe into an online collaboration unfettered by time zones or geography.

“[Maybe] you don’t have 33 other singers, so we export music if we don’t have vocal force,” says Delorey. “As a conductor, you don’t have to waste the time of 40 or 50 singers—you have computers” to produce the desired result, he says.

Delorey is quick to point out that Virtual Choir will not take jobs away from singers, but is more of a learning tool at WPI. For example, he’s planning a Virtual Choir project with three students in E-Term in England to work on 16th-century composer Thomas Tallis’s “Spem in Alium,” a piece of music comprising eight choirs at once. While overseas, the group will also work on an app for the Sir Arthur Sullivan Society—a group that works to document and spread awareness about the life of the English composer, who died in 1900.

Part of the challenge of working with technology in musical endeavors such as Virtual Choir, says Delorey, is that the technology’s always evolving. “We used to have 10 machines and samplers to create the extra voices,” he notes. “Now? It’s on somebody’s laptop.”

In addition to Virtual Choir involvement, Vocal Performance Lab offers a great outlet for students, says Delorey, as do all the other choral organizations on campus.

“From the moment I first walked into a rehearsal as a confused freshman led by some upperclass friends, I fell in love,” says Andrew Smith ’14, who is now president of the Men’s Glee Club. “We’ve done exciting pieces and sung at some of the most amazing venues in the world.”

Those looking for proof of choral members’ hard work should attend the Feb. 23 concert, suggests Delorey. It will feature music from VPL’s latest recording, “Witchwife: Requiem for Susanna Martin.” Martin was one of the first women in New England to be executed during the Salem witch trials. The WPI singers going to London this summer will also perform “Witchwife” at the actual church where Martin was baptized before she came to the U.S.