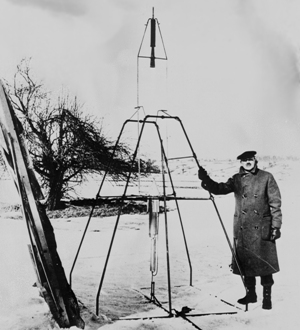 The decision by NASA Langley Research Center to meet with faculty and interview WPI students for the highly competitive internships seems a good time to share a small sampling of how innovation from our alumni, faculty, and students has made a difference.

On his aunt's farm in Auburn, Mass., Robert H. Goddard '08 launches the world’s first successful liquid-fueled rocket, the same technology that would send satellites into space and land humans on the moon within 45 years. (Goddard died in 1945 before seeing most of the fruits of his labor or receiving the numerous honors his work would garner.) Learn more here. 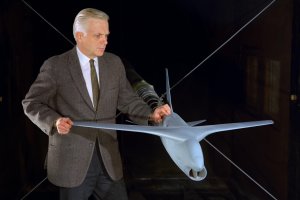 THE DISCOVERY THAT MADE TRANSONIC FLIGHT PRACTICAL

Richard Whitcomb, '43, an Illinois native who spent his teenage years in Worcester, earned a degree in mechanical engineering at WPI and got a job at the Langley Research Center, run by the National Advisory Committee for Aeronautics (now NASA). There, he became known for his intuitive sense of air flow and aeronautics. Whitcomb was inducted into the Aviation Hall of Fame for his discovery that made transonic flight practical. Learn more. 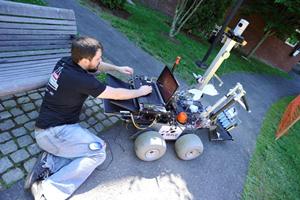 WPI IS THE FIRST UNIVERSITY CHOSEN AS A NASA CHALLENGE PARTNER

In 2012, NASA partnered chose WPI as the first university to manage a Centennial Challenge—and WPI will rise to the challenge once again this coming year (June 2013). The Sample Return Robot Challenge seeks teams to demonstrate that a robot can locate and retrieve geologic samples from a wide and varied terrain without human control. With $1.5 million in prize money at stake, the competition encourages innovations in automatic navigation and robotic manipulator technologies. Innovations stemming from this challenge may improve NASA's capability to explore a variety of destinations in space, as well as enhance the nation's robotic technology for use in industries and applications on Earth. The competition is planned for June 2013 in Worcester, Mass., attracting competitors from industry and academia nationwide. Lean more here.

Through a combination of ingenuity, grit, and scientific and technical know-how, WPI people have made contributions small and large to many of the milestones of powered flight's first century. Learn more here.

Learn about the Langley internships and Dec. 3rd and 4th meeting opportunities here.