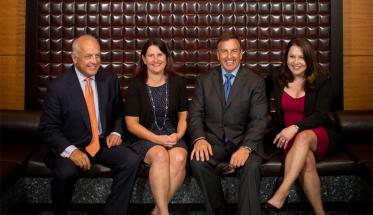 There are nine academic degrees among four Stratouly siblings, and seven of them are from Worcester Polytechnic Institute. The family had a presence at WPI for 18 years—from 1970 when the eldest enrolled, to 1988 when the youngest received her PhD. But it wasn’t fealty to family or university that brought the brothers and sisters to Worcester. Rather, they followed their own paths and made their education uniquely their own—with the exception of one endeavor where they stood in lockstep: crew.

“If there was one legacy, it was that I had to row—that was an expectation, from the coach and from my family,” says Lauren Stratouly Baker ’82, ’85 (MS ME), ’88 (PhD). Her siblings, Dean Stratouly Jr. ’74 (CE), Paula Stratouly Phillips ’76 (ME), and Brian Stratouly ’77, ’80 (MS ME) were rowers, coxswains, or both. The youngest Stratouly sibling, Adriene, graduated from the University of Massachusetts, Amherst.

Their father (Dean Sr.), a Navy veteran and engineer, was the force behind his children’s education and career choices. The family was living in Westerly, R.I., when Dean Jr. began thinking about studying anthropology at the University of Southern California. His father talked him into what he felt was a more practical choice, and Dean found his way to WPI, where he studied civil engineering.

Paula spent her freshman year at a college in Rhode Island, but she felt she needed a greater challenge. Her father encouraged her to pursue her talent in math and science at a time when women were steered away from those fields. They visited engineering schools, and he supported her when one director of admissions predicted Paula wouldn’t make it as an engineer. 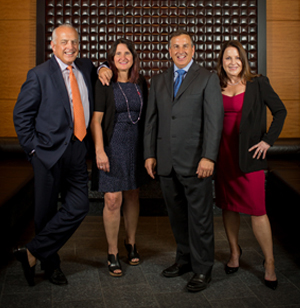 “My father said, ‘You can be anything you want, don’t listen to that guy,’” Paula remembers. That fall, she joined her brother at WPI. The school had opened enrollment to women just five years earlier and Paula was one of 28 women in her class—one of only two in the mechanical engineering major. Dean was a resident advisor in her residence hall.

Dean went on to earn his MBA at Central Michigan University and Paula earned a master’s in finance at Texas A&M. Though friendly rivals in school (Dean still talks about earning a better grade in the English class they shared while Paula insists Dean and his friends copied off her tests), the siblings now work together at the company Dean founded, Congress Group Ventures. He is president of the Boston-based commercial real estate investment and development company and she is chief operating officer.

With his brother and older sister in Worcester, Brian Stratouly wrapped up high school a year early and won a scholarship to WPI. He thrived under the WPI Plan and its self-directed, project-based learning. Having siblings on campus offered perks, he remembers. Brian and Paula shared a car on campus and he took over her job in the mailroom when she graduated.

After earning his bachelor’s degree, Brian spent a year doing graduate work in ocean engineering at the University of Florida, then returned to WPI to pursue a master’s in mechanical engineering. He lives in Orange, Calif., where he runs Aero Environmental Services, the environmental and engineering consulting company he founded 22 years ago.

As he did with Paula, Dean Sr. encouraged Lauren to choose a school that would prepare her to be an engineer. Its project-based curriculum drew her to WPI—and having Brian there as a graduate student eased the transition to college, she remembers. Still, Lauren was determined to find her own way. “I was number four out of the whole tribe going to WPI," she says. "My siblings got master’s degrees, so I thought, ‘I’ve got to one-up them.’ It was a little bit of my own competitive spirit.”

Lauren is president and CEO of Boston Biomedical Associates, a clinical research organization that provides clinical trial and clinical and regulatory consulting services. She founded the firm in 2000. [See WPI Journal, Winter 2017.]

Now more than 30 years after Lauren earned her PhD from WPI, the next generation of family is on campus. Lauren’s son, Jackson, is a first-year mechanical engineering student. He’s a rower, too, but he's decided to get settled in before joining the crew team.

Jackson's mom reports, “He told me, ‘I need some distance from you guys!"