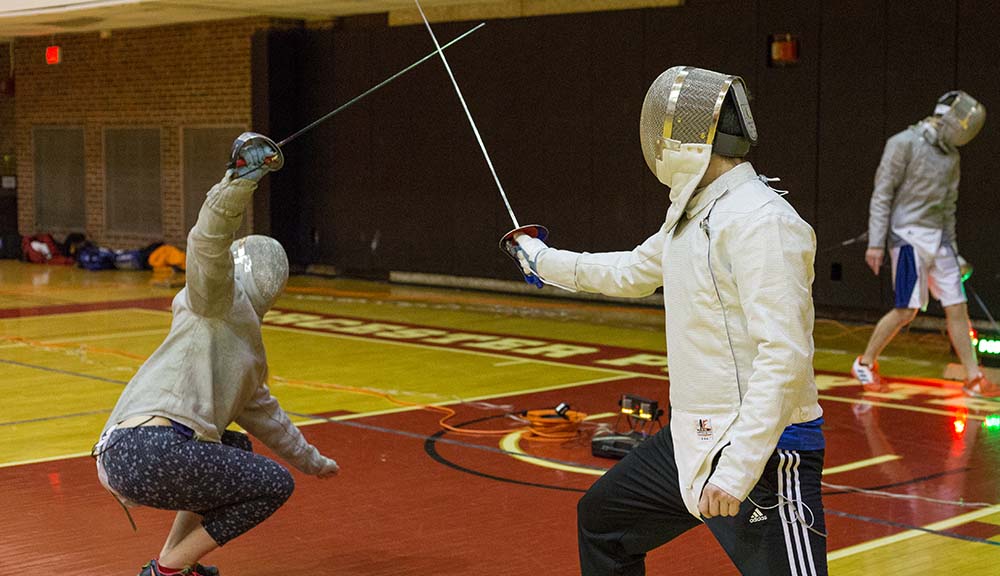 These might just seem like a select few words you learned during high school French classes (and may or may not have promptly forgotten—don’t worry, your secret’s safe with us), but for a group of students at WPI, they also signify that one of their favorite hobbies—a fencing bout—is about to begin.

The Fencing Club at WPI goes back over 40 years, and offers students of all experience levels the chance to hone their skills or explore the sport for the first time. It’s not just an extracurricular, either—students can join the Fencing Club for PE credit during A- and B-Terms, a time when attendance regularly exceeds 50 students. They have the chance to learn the basics and history of the sport and practice each of the three types of fencing. Novices are trained using the foil—the smallest of the three weapons used—and then have the option of switching to the épée (a bit wider) or the sabre. The weapons each have specific targeted strike regions (upper body, excluding arms and neck for the foil; from head to toe for the épée; and anywhere above the waistline for the sabre). Both foil and épée use poking motions; the sabre uses slashing moves.

The club regularly competes in tournaments with other schools, including “The Big One,” an annual event held at Smith College and attended by almost every collegiate fencing team in New England.

“While fencing is defined as an individual sport, the club is very much a social team, where we can go to relax after the rigors of WPI’s academics,” says club president Griffen Spincken ’20.

According to Spincken, fencing is commonly referred to as a game of “physical chess”—fencers dodge and weave with a precise grace that requires not only athleticism, but strategy. “The majority of a fencer’s skill comes from the ability to strategize and outwit the opponent,” he explains. “This makes each fencing bout with an opponent a unique experience that’s hard to tire from.”

Spincken, who competes as an épéeist, joined the club in his first year at WPI with years of competitive and recreational fencing under his belt. It was something he had hoped to continue in his college years—especially since his high school didn’t have an official team—so he knew he’d be joining the group before even arriving on campus.

His time in the Fencing Club has impacted him in a variety of ways, from organizing events and tournaments (attending them is something he cites as one of his favorite memories as part of the club) to meeting new people. “I actually found most of my friends through the club,” he says. “It introduced me to people outside of my dorm floor and many of these people are my roommates and friends to this day.”

Students interested in joining may email the club for more information. First-time fencers should sign up for A-Term, which is when novice training begins, to get ready to start pulling some physical checkmates of their own. 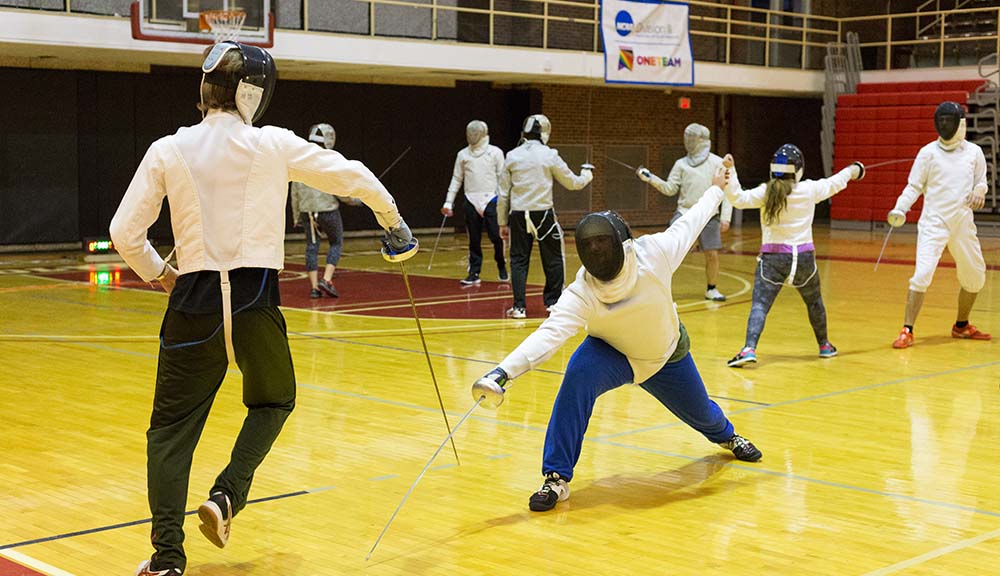 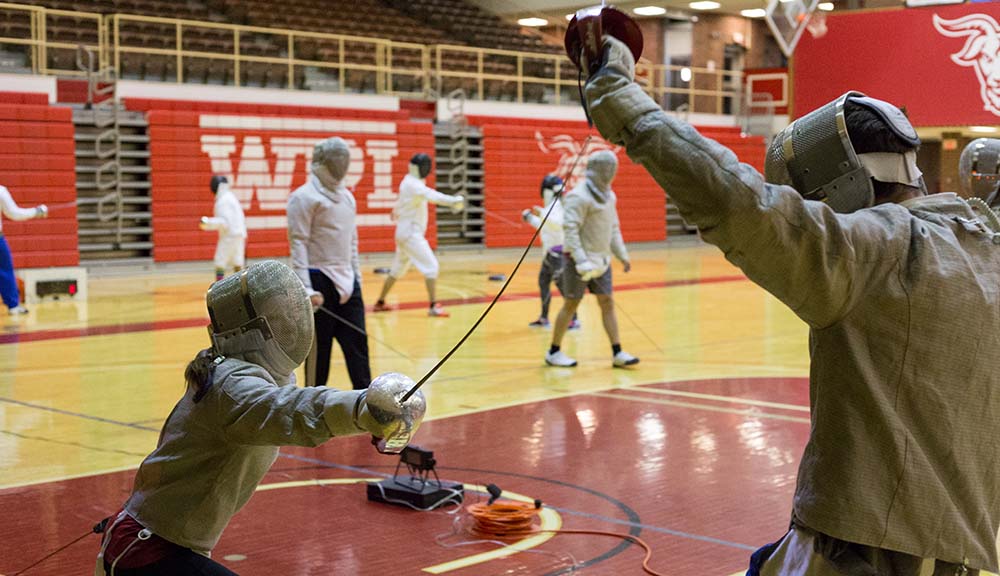 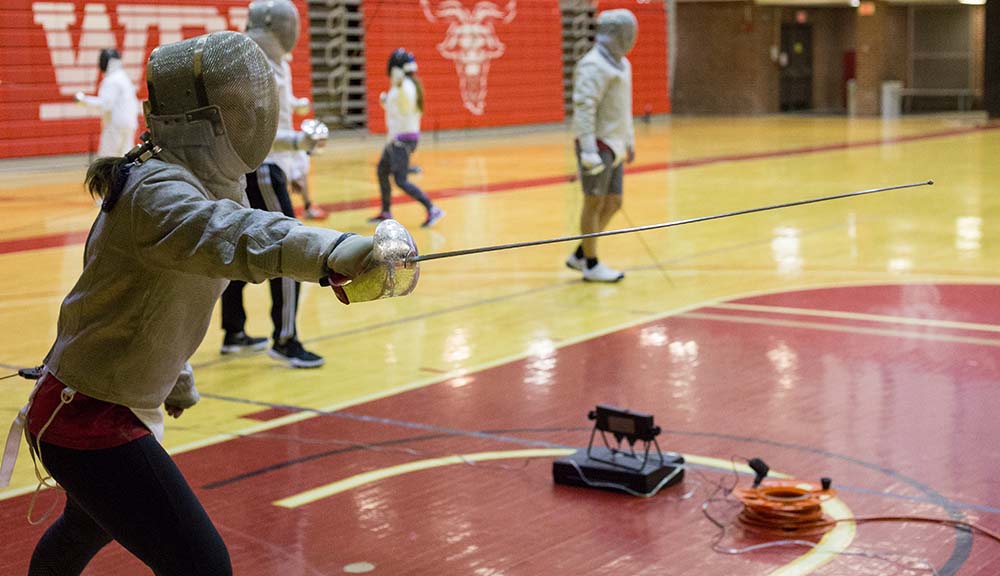 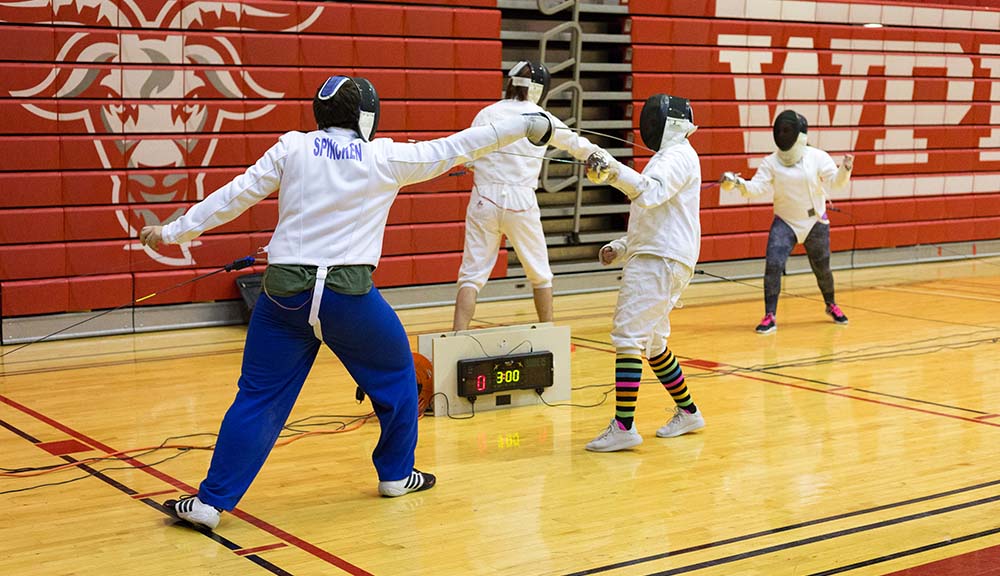