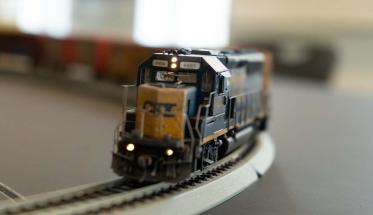 WPI’s Got What? … Model Railroading Club

When he was in elementary school, Kyle Mikolajczyk ’22 wanted to be a train driver.

While he may not currently be living out the dreams of his elementary school self, the computer science major is the inaugural vice president of WPI’s new Model Railroading Club—and, really, isn’t that just as good?

“I always loved trains as a child and had my own small model railroad before I went to college,” says Mikolajczyk, adding that he was also a frequent visitor to model railroads around his hometown in New Jersey. “Having a club on campus where many others share the same interest is so much fun and allows me to enjoy a hobby that would be difficult without being in the club.”

The Model Railroading Club was officially recognized by WPI in October of 2021, but it’s been in the making since the fall of 2020, when the group first began gauging interest around campus, writing its bylaws, and presenting a proposal to the Student Organization Council on campus. Now, president and primary founder Nick Manz ’24, Mikolajczyk, and the rest of their crew have all they need to share their passion with the rest of the WPI community.

The club offers a place for students interested in trains and scale models to discuss all things model railroading, and to build a model railroad using electric scale-model locomotives and cars (many with fine, accurate diecast molds that can produce sounds and lighting similar to those of a full-size model) on the tracks. They’re also using their engineering know-how to build the railroads and use technology to make the railroads “smart” (in particular, Mikolajczyk cites the possibility of controlling the trains through a mobile app).

Eventually, the club also hopes to attend model railroad shows, going “railfanning” (seeing real trains and taking photos and videos of them as they pass), and one day creating a space on campus for a permanent model railroad setup similar to those at MIT and RIT.

“Having a club on campus where many others share the same interest is so much fun and allows me to enjoy a hobby that would be difficult without being in the club.” -Kyle Mikolajczyk '22

Despite the club's being relatively new, Mikolajczyk already has a favorite memory of his time as a member: he recalls a recent general body meeting where Manz brought all of his trains, tracks, and cars to Unity Hall, where the club then set up a full layout across six tables, tinkering with various trains and engines, pretending to be yard operators, watching videos of trains crossing bridges, and welcoming passersby who were intrigued by their setup to join in. “We had a lot of fun … just discussing the topics we liked with people who shared that same interest.”

In a city synonymous with the Smiley Face, iconic parks, and particularly challenging rotaries, Mikolajczyk is quick to point out that trains also have a home in Worcester: “Worcester has a very rich history of trains; we were one of the first cities anywhere in the world with trains in the early 1800s.”

And now, over 200 years later, members of the Model Railroading Club are celebrating exactly that.

General body meetings are usually held at noon on Sundays in Unity Hall; students may email the club for more details and keep an eye out for more model railroad setups around campus every few weeks. All aboard!

Next Stop: The Model Railroading Club in Action 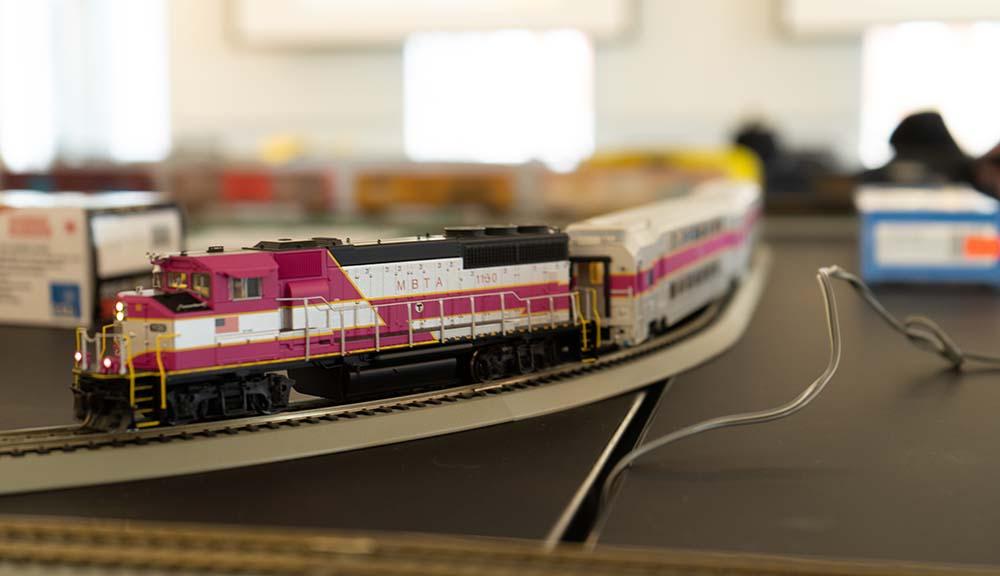 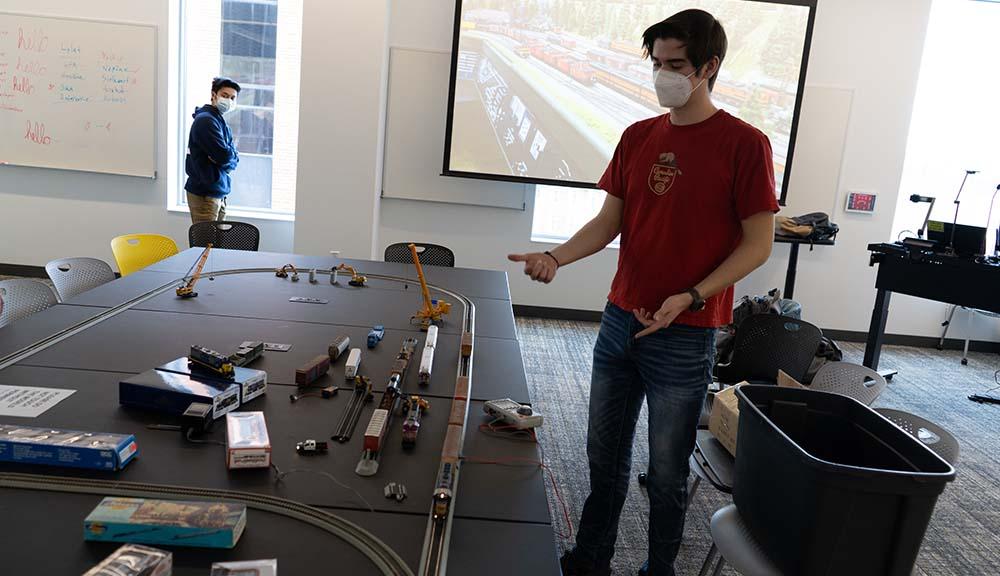 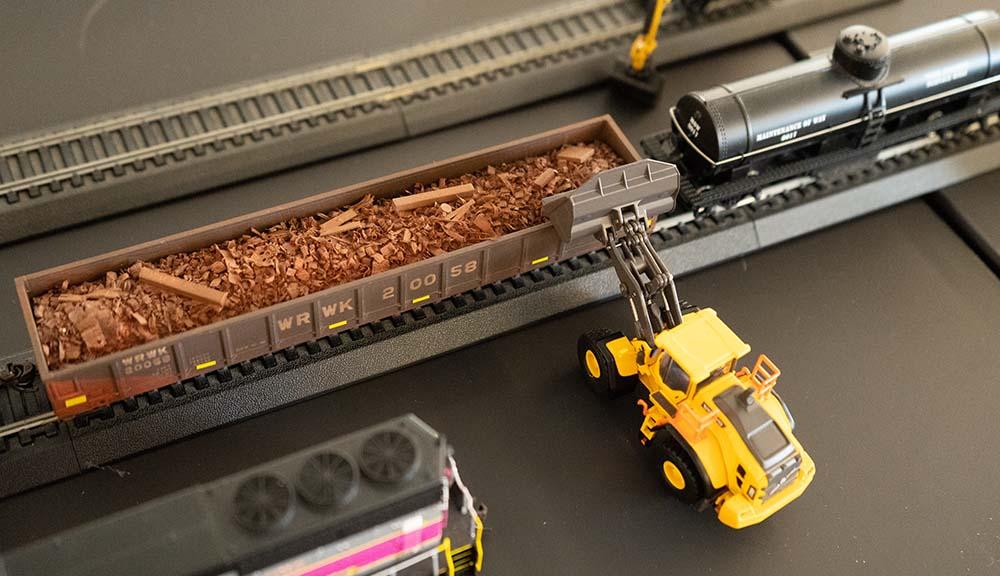 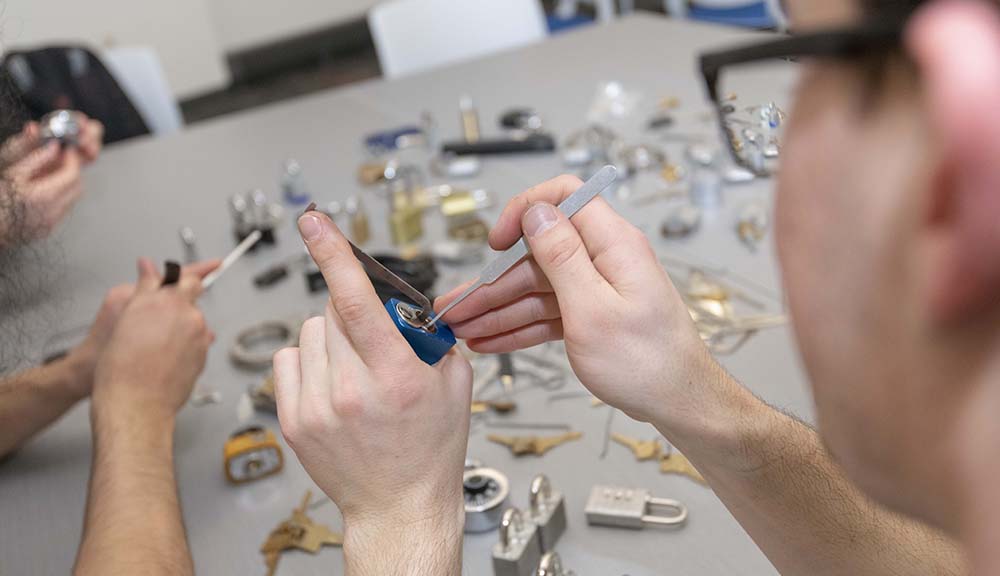 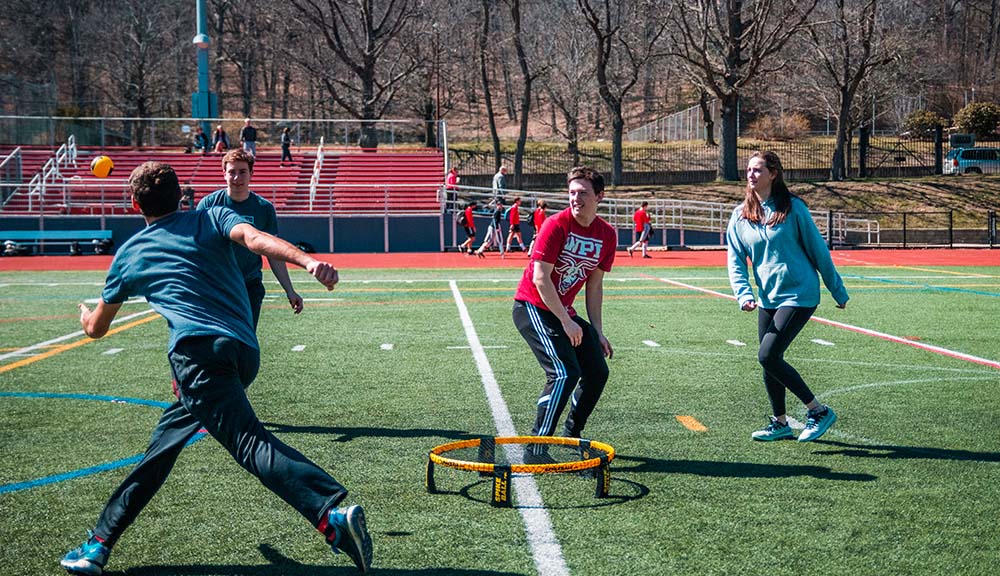 With so much going on all over campus, wanting to know more is a valid question—what else has WPI got? The WPI's Got What series highlights the variety of clubs and organizations at WPI. When we say there's something for everyone, we mean it. Get to know a few of them.

WPI's Got What Series More Ways to Get Involved
Topics
WPI's Got What?
DEPARTMENT(S)
Getting Involved
|
Community & Culture
|
Student Activities