In optoelectronic device development, the design and prototyping process can be costly and time consuming.  To mitigate costs, computerized devices can be utilized during the design process to simulate the operation of the electronic device prior to the construction of a physical prototype.  For example, conventional computerized devices can be configured to utilize mathematical models to represent or approximate the electronic device, such as an electronic package or a multi-layer printed circuit board (PCB), and can simulate the response of the device during operation.

By providing a node-based Hermite finite element representation, the modeling device provides consistency in the direction of fields at the vertices of elements and, hence, is well suited to model transport problems such as electron microscope design and particle accelerators where the particles are driven by microwave fields. Accordingly, the modeling device can provide multiscale calculations with minimal computational costs, which is not feasible within currently prevalent Vector finite element methods that are used in most of the software packages, due to their lack of unique directionality for fields at shared nodes in the finite element mesh. 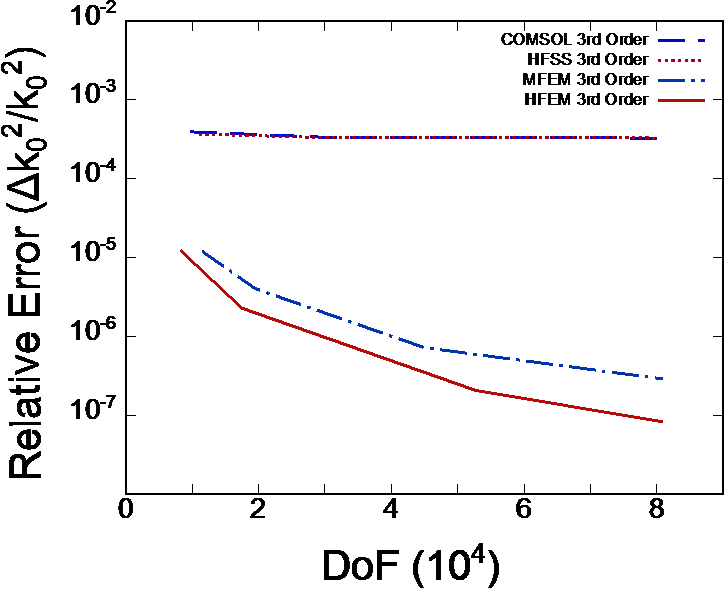