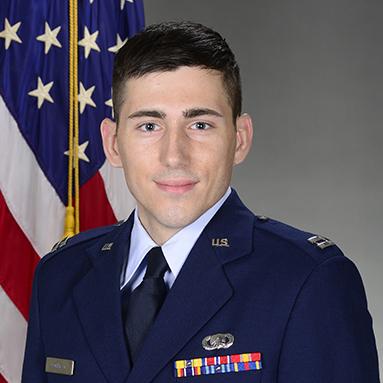 Capt Rouleau graduated from USAFA (United States Air Force Academy) with a degree in Business Administration and Management. He received his commission through the Academy, entering into the Air Force as an Acquisitions Officer.

Capt Rouleau is a Program Manager by trade and has led sustainment efforts for multiple billion-dollar programs with the Aerospace Managements Systems and Theater Battle Control Divisions at Hanscom AFB, MA. Most recently he was the Test Team Lead for the development of modernized GPS receivers at the Space and Missile Center in Los Angeles AFB, heading a 60-member team for the fielding of next-generation land, air, and sea navigation systems.