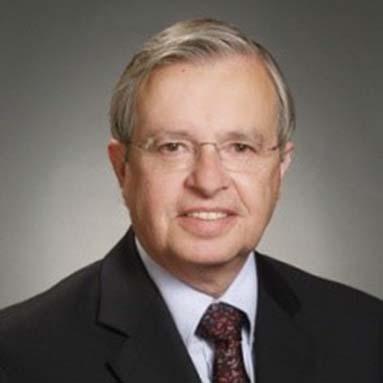 The Executive-in-Residence program leverages senior-leader experience in business to help the WPI community become the leading business school focused on research and education at the intersections of STEM, business, and human behavior to solve global problems.  Executives-in-Residence hold office hours to meet with students, faculty, and staff for advising, coaching, and mentoring.  They also serve as guest lecturers and panelists as requested and participate in the Business Dean’s Council of Strategic Advisors (DCSA).

David Saul recently retired as Senior Vice President and Chief Scientist at State Street Corporation, where he reported to the Chief Information Officer.  In this role, he was responsible for proposing and assessing new advanced technologies for the organization as well as evaluating technologies already in use at State Street and their likely evolution in order to reinforce the organization’s leadership position in financial services.

Mr. Saul previously was Chief Information Security Officer, where he oversaw State Street’s corporate information security program, controls and technology. Prior to that, he managed State Street’s Office of Architecture, where he was responsible for the overall enterprise technology, data and security architecture of the corporation.

Mr. Saul joined State Street in 1992 after 15 years with IBM’s Cambridge Scientific Center, where he managed innovations in operating systems virtualization, multiprocessing, networking and personal computers.  In 1981, his group developed IBM’s first software product that allowed the IBM Personal Computer to communicate over telephone lines to mainframes.  In his first position at IBM, Mr. Saul was part of the team that supported NASA’s Apollo moon landing mission.

Mr. Saul serves as a Trustee Emeritus of the Massachusetts Eye and Ear Infirmary. In 2007 he was honored with a Computerworld Premier 100 IT Leader Award.  American Banker named Mr. Saul as one of its Top Innovators of 2013 for his work on data semantics and standards.

Mr. Saul holds Bachelors and Master’s degrees from the Massachusetts Institute of Technology.