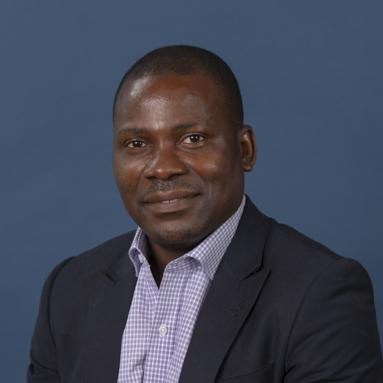 Oluwaseun is currently an Assistant Research Professor in Mechanical Engineering, Worcester Polytechnic Institute (WPI). Before joining WPI in 2017 (as a postdoctoral researcher), Oluwaseun served as a Head of Physics department and member of Senate at Baze University in Nigeria between 2014 and 2017. He also served as a lecturer at Kwara State University in Nigeria between 2013 and 2016. Oluwaseun received his Bachelor from University of Ado-Ekiti in 2005. He then received his Master of Science (M.Sc.) and Ph.D. degrees from African University of Science and Technology in 2011 and 2015, respectively. His graduate degrees were fully funded by the African Capacity Building Foundation and the World Bank. During his PhD program, he was a visiting scholar in the department of Mechanical and Aerospace Engineering at Princeton University in 2012, where he conducted research on interfacial adhesion and lamination of stretchable/flexible materials for stretchable solar cells and light emitting devices. Oluwaseun is happily married and blessed with wonderful children.

Oluwaseun is one of the few researchers who uses a combined computational, analytical and experimental approach to solve problems. He is passionate about using his experimental and computational/analytical skills to solve problems in science and engineering through interdisciplinary approach and collaboration in ways that add values to mankind. He has found interests in using Organic, inorganic, hybrid organic/inorganic and perovskite materials for enormous applications in the areas of biomedical application, energy storage, sustainable energy harvesting and lighting. Oluwaseun is currently developing a unique method of pressure application to reduce layer and interfacial defects in a way that improve charge carrier transportation in perovskite solar cells and light emitting devices. His goal is to improve both the efficiencies and stability of perovskite solar cells and light emitting devices and create scientific pathways for large-scale manufacturing of these devices using fundamental knowledge of additive manufacturing. He is interested in studying the failure mechanisms of solid-state lithium-ion batteries due to movement of ions in electrolytes as well as internal and external abuses during service condition. He is also interested in the study of mechanical behavior and fracture of materials.