Jake Whitehill, says the computer science field fits his natural affinity for both extraordinary precision and being able to make mistakes that are easily fixed. And while programming is part of computer science, he says it’s mostly a means to an end—a way to really learn about various computational phenomena. 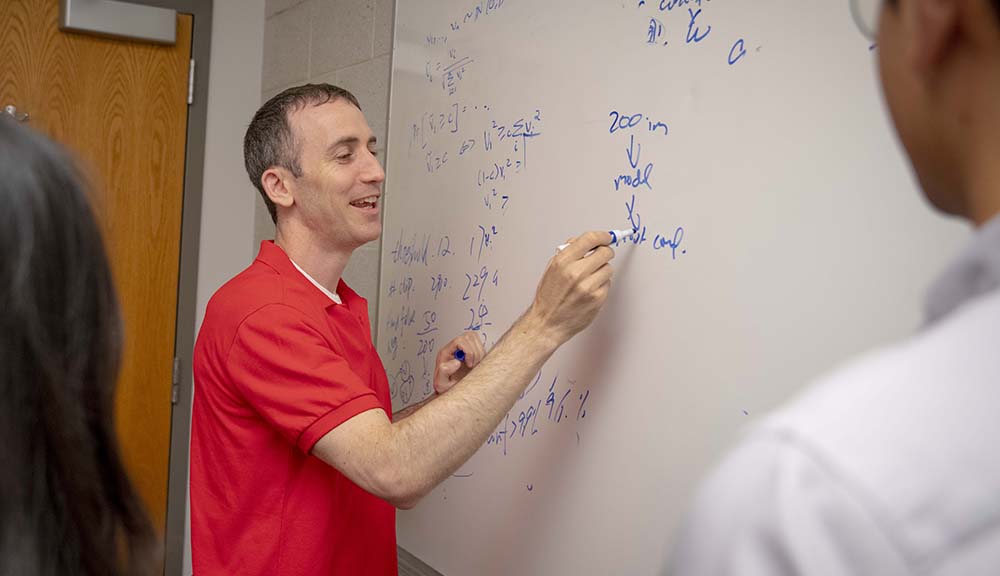 Two main reasons: One is that I love abstract procedures. I mean, who wouldn’t? Computers are superb at following a recipe and do so with incredible speed, as long as the recipe is absolutely precise. The results can be amazing—automatic control of robots, pattern recognition to translate from one language to another en masse, Pixar movies, etc. I love writing recipes—with more success as a scientist than as a cook!

Another reason is that computer science allows me to make mistakes with little cost. In contrast to the natural sciences, in which an unfortunate slip of the hand during an experiment could spell disaster, in computer science mistakes can often be “undone” by just a few keystrokes. Computer science also allows for an extremely high degree of reproducibility—to repeat an experiment with exactly the same results, you can often simply run the program again. These factors help me focus on the phenomenon I want to understand and less on trying to avoid tiny mistakes (which I am not good at).

One is that it requires some extraordinarily high degree of intelligence. I think science instead requires a very high degree of persistence and dedication. After each failure, you have to be able to stand up, dust yourself off, learn from your mistakes, and keep trying. Eventually you will succeed—and success is really exciting.

Sometimes I’m thinking about some concrete engineering program I’m facing, e.g., how to create an automatic detector of students’ emotions from video, and I realize that my problem can be boiled down to a simple-sounding, but hard to solve, math problem. I’m not the most mathematically inclined person, but I enjoy math. I often find myself—when riding the train, walking to the store, or standing in line—constantly trying to solve this problem in my head. I sometimes have insights in odd places and odd times. In these moments I know I’m living the life of a scientist.

I am a scientist and I…

…also like doing things completely unrelated to science. Some scientists can think about science all day and all night with no break ever. Hats off to them. But I like to do other things too. Professionally, I also like to teach, and I really enjoy the interaction with my students. Personally, I like being in nature—hiking or swimming in a mountain lake or playing fetch with my dog—as well as learning new languages (human languages, not programming languages, though that’s fun too).

I hope my research will help bridge the gap between computational sciences and social sciences, especially psychology and education. There are many computational techniques that can be of tremendous use to social and behavioral researchers, but these techniques have to be refined into concrete tools before that can happen.

How has WPI helped you prepare students to become an #ActualLivingScientist?

I really like WPI’s project-oriented culture. I’ve learned, during my two years here, that this is an integral part of our school’s culture, not just some “slapped on” facade to be trendy. These projects offer great opportunities to students to dive into a new field and, sometimes, to get involved in research.