Economics professor Michael Radzicki explains the science behind economic theory to his students so they are prepared with both a global view of economic decisions and will be able to manage their own finances. 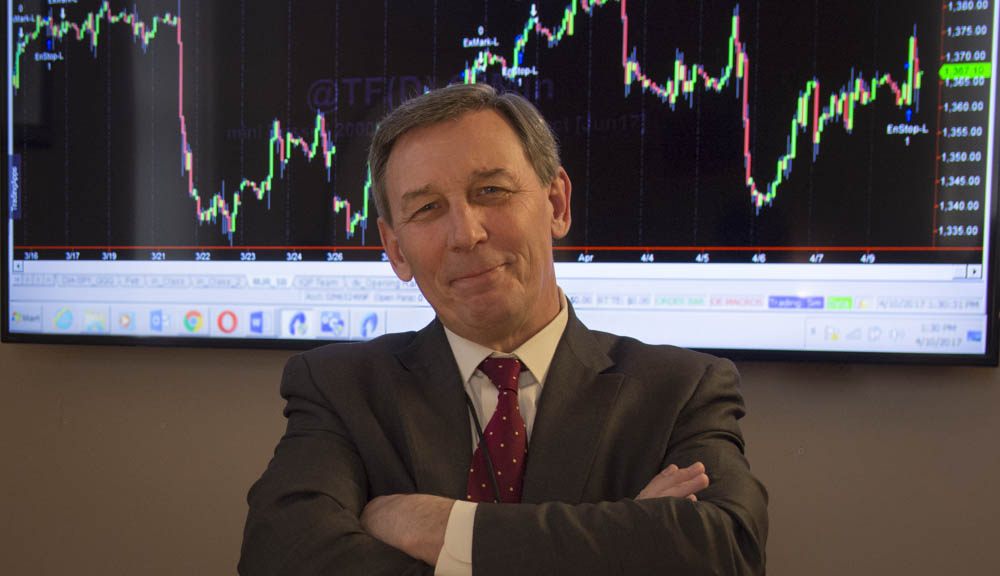 Michael Radzicki studies how diverse and complex components make different kinds of economies function with efficiency or in disarray.

When I was a high school student in the mid-1970s, my father would read the newspaper in the evening after dinner. During my junior year he insisted that I read the front page and editorial pages of the Wall Street Journal and tell him one thing about what I had read. Much to my surprise, I enjoyed doing this. During that era the Vietnam War was winding down and the big thing in the news was the economy – the OPEC oil embargos and stagflation. I decided that I’d like to go to college to study economics and then become a central banker. When I was in college, however, I found that I was pretty good at explaining economic theory to my fellow students, so I decided to become an economics professor instead of a central banker.

The two biggest misconceptions that the public has about economists are that (1) all we care about is money and (2) we live in a theoretical world and are oblivious to the workings of the actual economy.

Every day I analyze the economy (economic data are released according to a strict schedule) and apply my analysis to trading and investing in the financial markets. I also am interviewed by the media from time to time.

... approach trading and investing from a scientific perspective.

My goal is to educate average citizens about the way fiat currency systems operate. Most people suffer from the “fallacy of composition” when analyzing the macroeconomy and public policies. For example they say things like: “I have to balance the budget at my house so the federal government should balance its budget too.” But the finances of an individual household, firm, city government, or state government, work mechanically in a very different way than do the finances of a national government that issues its own fiat currency. Properly analyzed, the “conventional wisdom” embodied in most of the commentary surrounding many public policies is factually incorrect. Some of my colleagues and I are working on a free website that will try to explain this sort of stuff to average citizens.

How has WPI helped you prepare students to become an #ActualLivingScientist?

I run a trading and investing system development IQP program. In this program I teach the kids how to analyze the economy and manage their financial futures from a scientific perspective.