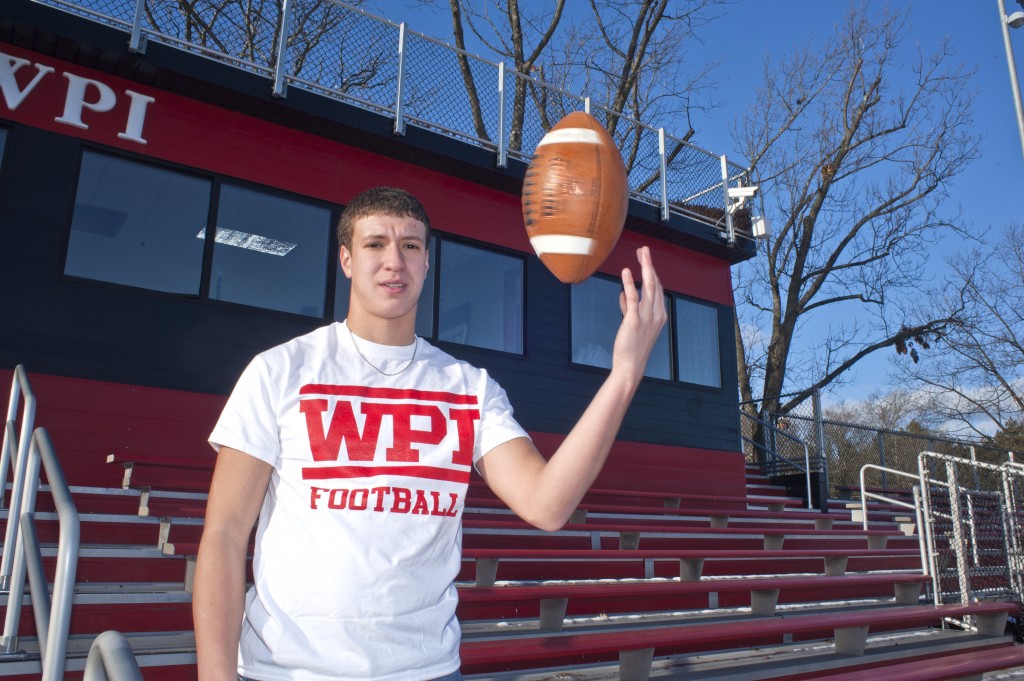 With a father from Lebanon and a mother from Morocco, you’d think Ehab Hamdan ’14 would have been pushed into soccer as a kid.

But his parents let him choose his own sports, and Hamdan has been playing football, basketball, and baseball since third grade. He was on the varsity football and baseball teams at Pingree School in South Hamilton, Mass., where he also played junior varsity basketball.

Here at WPI, Hamdan concentrated on football – and academics. His hard work has paid off, as he was just named Capital One Division III Football All-America by the College Sports Information Directors of America, becoming just the second WPI football player to be chosen Academic All-America. (Aaron Champagne was the first, in 2009 and 2010.) In all sports, 25 WPI student-athletes have won Academic All-America honors.

The senior wideout led the Liberty League in receptions (56), receiving yards (650), and touchdowns (8). The number of receptions ranks fifth all-time at WPI.

All this while earning a 3.78 grade point average.

Hamdan, who lives in Revere, says the key to being a student athlete is to get organized and stay on top of things. “You have to be able to balance your academics and your athletic life,” he says. “WPI is a school where you can’t fall behind. … You always have to continually get better at what you’re doing.” 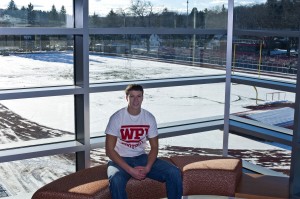 A Charles O. Thompson scholar, an honor that recognizes outstanding performance by first year students at WPI, and a member of Sigma Phi Epsilon fraternity, Hamdan studied the life sciences economy in Worcester for his IQP, including Massachusetts Biomedical Initiatives, an organization that helps start-up biotechnology and biomedical companies at several sites in the city, including Gateway Park. His project documented the growth, strengths, and weaknesses of the industry in Worcester.

With all the recent attention given to concussions in sports, especially football, Hamdan was asked if he was concerned about head injury while playing. He says he suffered a couple of concussions during his career, but recovered quickly, and noted that rules to protect players are getting tougher.

Still, he acknowledges the risk, saying that players accept that and learn how to protect themselves. In his case, as a wide receiver, that involved being aware of the surroundings and knowing where the defenders were. “Football is a very reactive game,” he says. “If you know you’re going to take a tough hit you try to avoid the blow.”

What’s lies ahead after graduation?

“Work, normal life,” Hamdan says with a smile. He hasn’t decided which side of civil engineering he’ll get into first – construction or design – but that will probably be dictated by the job market.

“I want to get involved in both, at some point in my life,” he says.

As for soccer, well, Hamdan actually does play. “Whenever I visit Morocco, I play a lot of soccer.”