Six student project groups, 4 Interactive Qualifying Projects (IQP) and 2 Major Qualifying Projects (MQP), spent 7 weeks from June - August 2019 working on a variety of projects. Project topics ranged from work on autonomous vehicles to analysis of urban emergency shelter and path planning. More information on the projects can be found below. 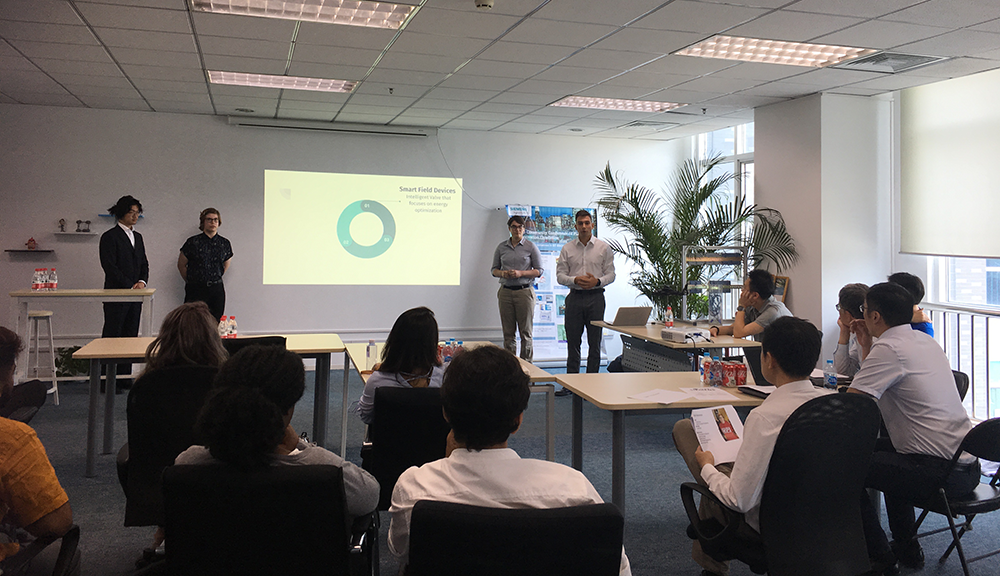 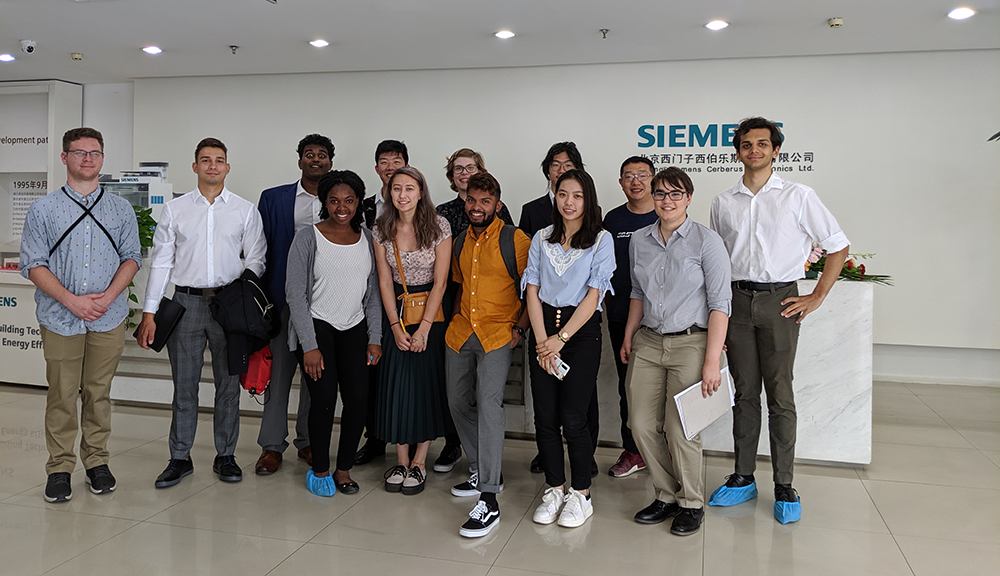 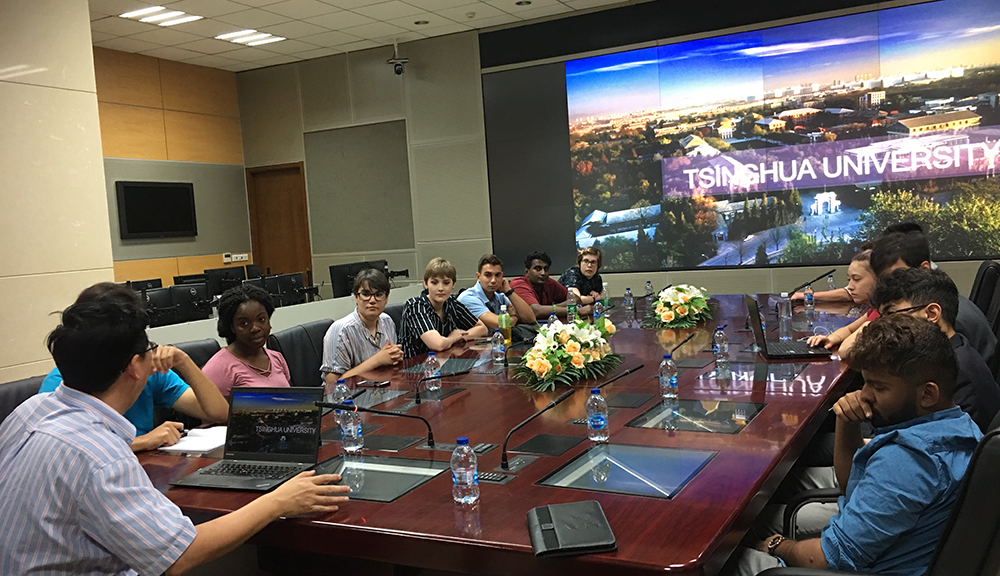 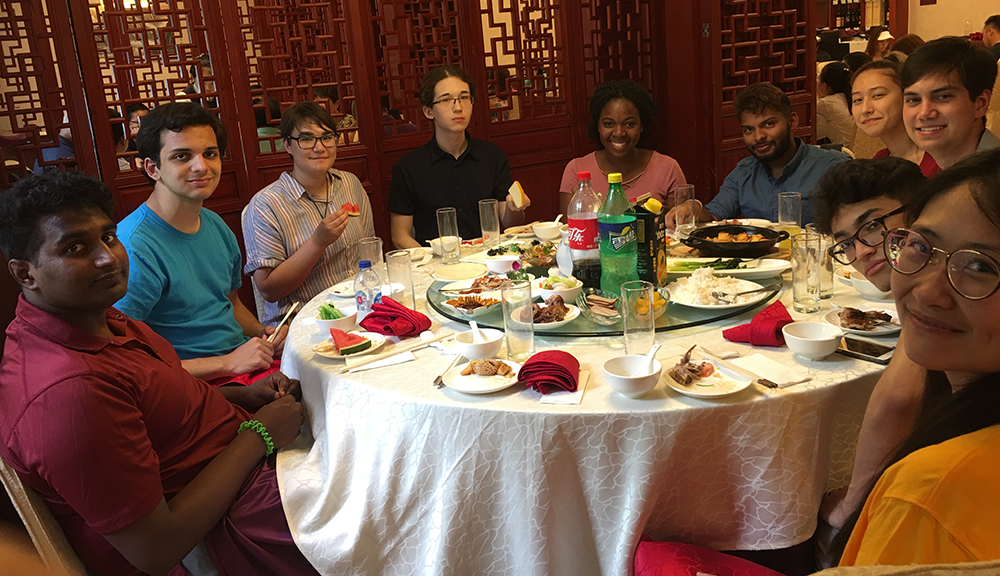 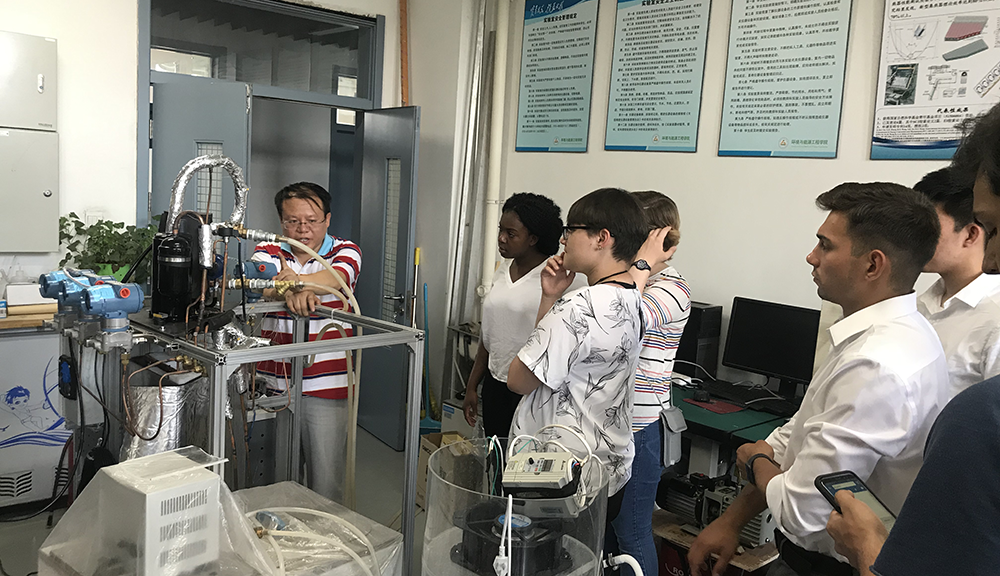 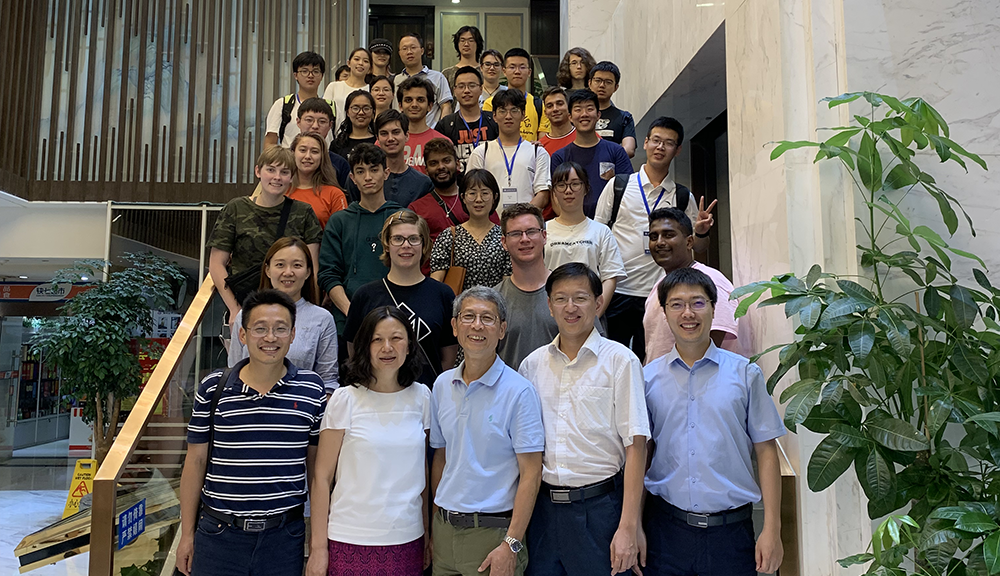 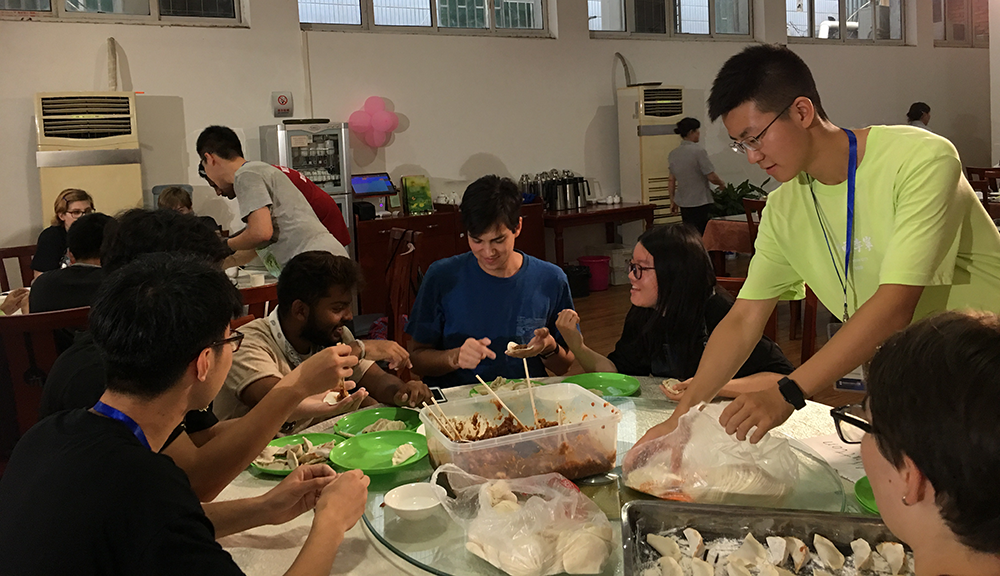 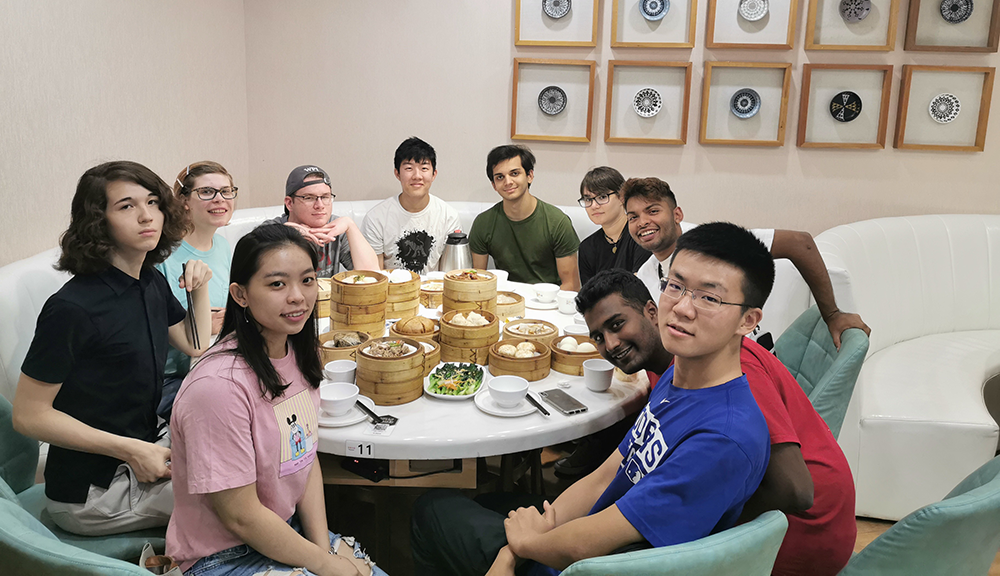 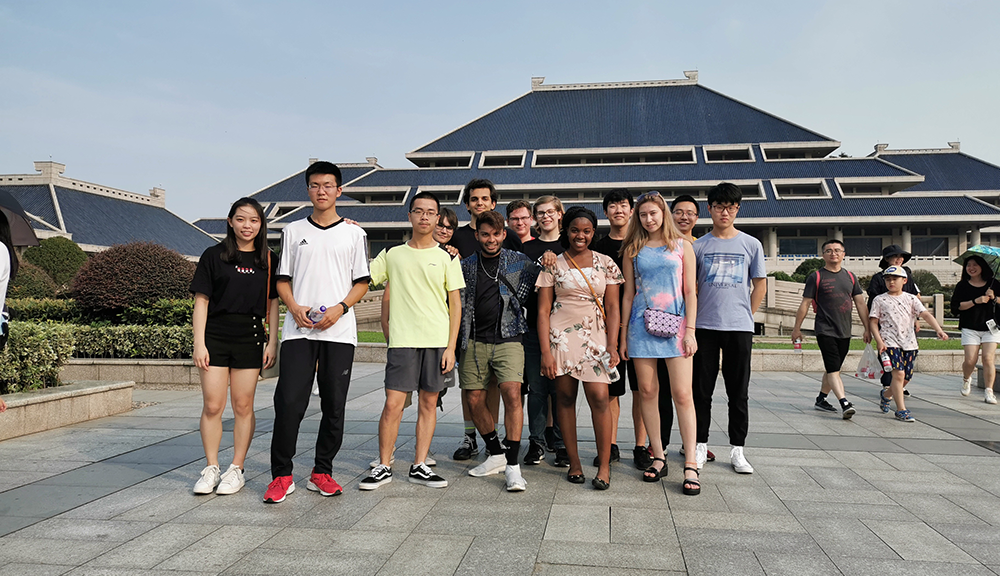 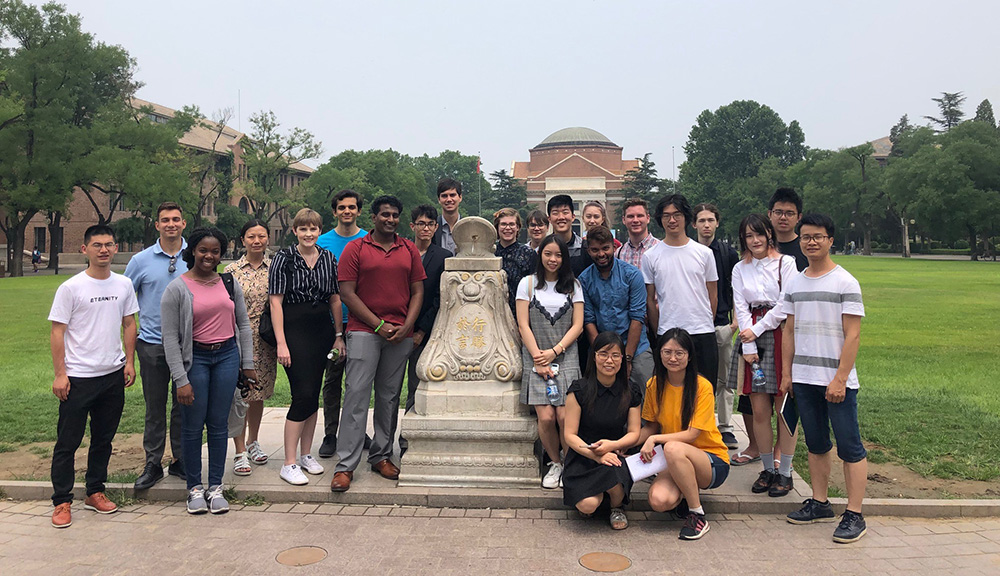 A. IQP Fire Station Site Selection in Wuhan City, Hubei, China
Abstract: WPI students worked with Wuhan University of Technology (WUT) to create a framework for selecting fire station locations. ArcGIS analyses were used to research the viability of the locations of two fire stations close to WUT’s campus. To justify the results, qualitative data collection in the form of interviews and surveys was performed at a local fire department. This report outlines the background, methodology, and the findings of this study. With this information, a conclusion and a number of recommendations were developed for the sponsors, which could change the current fire station layout servicing WUT.

B. IQP  Site Selection Analysis of Urban Emergency Shelter and Path Planning
Abstract: We considered 13 potential shelter locations, making use of field research , historical  case studies, and spatial analysis techniques done with ArcGIS software to select the best options for emergency shelters on Wuhan University of Technology’s campus. ArcGIS’ vectorization technique was used to produce a simplified version of the campus map, which aided us in demarcating buildings and shelter locations. We then looked at case studies for two types of emergencies: fire and earthquake. Although floods have historically affected Wuhan, evacuation protocols for floods already exist and were not considered in our project. For fire emergencies, we looked at statistical data regarding the most common causes and locations of fires, and estimated population densities of different regions to identify high-risk areas. Daytime and nighttime were considered separately, as the population density of certain locations is dependent on the time of day. We estimated the population of each of these areas and used them to determine the minimum size needed for their corresponding shelters. For earthquakes, which affect a large area, shelters were allocated to either residential or academic buildings (depending on time of day) generally, rather than to a few specific buildings. Finally, we used ArcGIS’ shortest path function to plan evacuation routes, which we used to propose a set of protocols for dealing with emergency situations on campus.

C. IQP    Increasing Efficiency of Smart Field Devices in Smart Buildings (Siemens)
Abstract: With the rise of the Internet of Things and a stronger emphasis on energy efficiency, there is a demand for smart field devices to regulate energy and water consumption in green buildings. Siemens’ Intelligent Valve senses and controls the flow of water to HVAC systems as a part of a smart green building’s resource management system. Currently, the Intelligent Valve uses costly wired connections to interface with the Internet and air conditioning controllers. Wireless connections would allow the Intelligent Valve to be implemented with greater ease at a much lower cost. Methods of making these connections wireless are explored in this project.  Using expert interviews, surveys of citizens, and online research, it was determined that LoRa is the optimal wireless medium for connecting smart field devices.

D. IQP  Developing a Building Automation System Utilizing Internet of Things Technology (Siemens)
Abstract: Internet of Things (IoT) is a rapidly emerging technology that will revolutionize the buildings that we live in. The goal of this project is to develop a new building automation system (BAS) that utilizes the strengths of IoT. We distributed surveys to stakeholders of BAS systems, interviewed experts, and conducted background research in IoT technology. Based on surveys, our team developed a set of recommendations to market this new IoT system. From data analysis, a new IoT based BAS system was proposed that can utilize cloud computing and artificial intelligence.

E. MQP  Establishing an Edge Computing Framework for Autonomous Trucks (TuSimple)
Abstract:  This project aims to establish an edge computing framework for TuSimple’s autonomous trucks. Our team designed and implemented programs to collect and back up sensor and log data to a temporary database on the vehicle and a more permanent one in the cloud; we also designed an application that monitors network connection quality on the trucks to optimize the transfer to the cloud; this is accomplished by selecting which of two available cellular networks the system has a better connection to. We designed the system to use middleware in the form of K3s and Containerd to coordinate the containerized continuous running of these applications as well as automatic restarting of failed instances of applications.

F. MQP  Internet of Autonomous Vehicles: Implementation of IoT in Tusimple Self-driving Truck (TuSimple)
Abstract: The age of autonomous vehicles is coming upon us; the advance in detection sensor, intelligence computation, and data processing have changed our perception towards a car.  Tusimple, as a leader in the field of self-driving vehicles, has developed autonomous trucks that can detect objects up to 1,000 meters in the distance. While the trucks are hauling commercial cargo, an enormous quantity of data will be generated. The generated data needs to be stored and analyzed in a more connected and wireless platform for improving automation. In this project, we connected Tusimple self-driving trucks to a customized and sustainable Internet of Things (IoT) platform, which can receive data from the trucks and upload the data to the cloud for monitoring and alerting; visualized vehicles data, real-time video stream, and GPS location were presented in an HTML webpage.