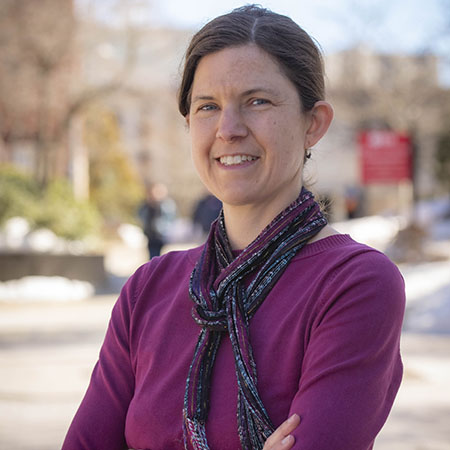 Professor Karen Troy was named the 2023 recipient of the Adele Boskey Award for the Orthopaedic Research Society (ORS).

Named for Adele L. Boskey, PhD, this award is annually given to a mid-career (between 10 and 20 years beyond their PhD, MD, DVM) ORS member in good standing who has made significant contributions to the mentorship of rising scientists, engineers, and/or clinician/scientists in the fields of orthopaedics and musculoskeletal science and engineering.  Emphasis is given towards the awardee’s sustained commitment to mentorship and activities that advance diversity and inclusive excellence in these fields. The awardee should have also made significant research contributions and have demonstrated leadership or capacity for leadership in the field. This award is given in recognition of Dr. Boskey’s pioneering and seminal research contributions, her sustained commitment to mentorship throughout her decades-long career, and to the legacy of orthopaedic clinician/scientists, biologists, and engineering researchers and leaders that she launched.  She was also the first woman to serve as president of the ORS.

Professor Troy directs the Musculoskeletal Biomechanics Research Laboratory, which aims to understand how physical forces (such as those generated by the body during exercise and sports) interact with and change bone structure. She has expertise in computational biomechanics and finite element modeling, aging and fall avoidance, and medical imaging. She has worked on clinical trials targeting bone health in both healthy women and people with spinal cord injury. She collaborates with physicians in the areas of orthopaedic trauma, radiology, rheumatology, and physical medicine and rehabilitation.

The award will be presented at the ORS Annual Meeting which will be held in Dallas, Texas this coming February.  Congratulations on this well-deserved honor, Prof. Troy!