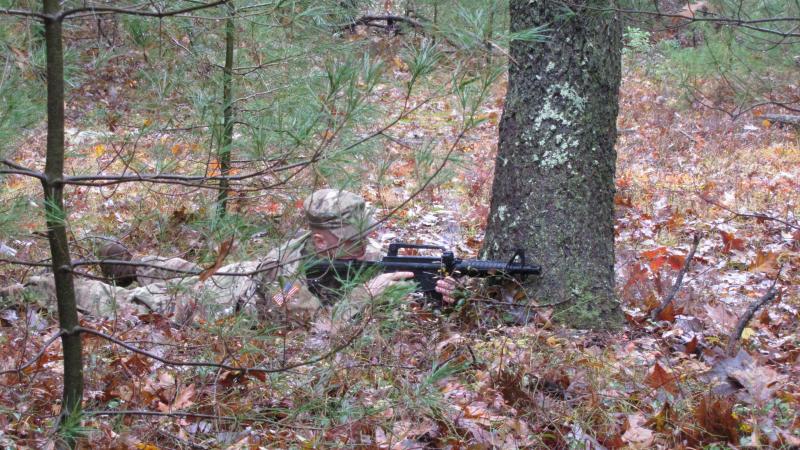 The cadets of the Bay State Battalion conducted their Fall Semester Field Training Exercise (FTX) training at Fort Devens from 2-4 NOV.  Upon arrival to the field site, they were divided into new squads and paired with cadets they normally did not work with. They were given time to create squad SOPs (standard operating procedures) and get to know the cadets they would be training with over the weekend.

Severe weather decided to add another layer of complexity to the training, with downpours of rain throughout the first night. The MSIVs (seniors), who were in charge of the planning, were able to seamlessly execute a contingency inclement weather plan and move the battalion into temporary billeting for the night. The rain continued into the morning, causing some delays in the training, but the underclassmen utilized the time effectively to conduct tactical rehearsals and to issue weapons prior to initiating movement to the tactical lanes as soon as the weather let up. Squads were able to negotiate several STX (Situational Training Exercises) lanes throughout the day before night fell, gaining valuable training and leadership repetitions.

Upon nightfall, the MSIIIs (juniors) were handed several land navigation points to plot and find on the Advance Land Navigation Course at Fort Devens. This was a key training objective for the MSIIIs to prepare them for Advanced Camp this summer. The cadets were able to practice plotting and finding points in the dark.  Meanwhile, younger cadets went through TCCC (tactical combat casualty care) training, where they learned about the proper way to treat injuries in a combat and non-combat environment. 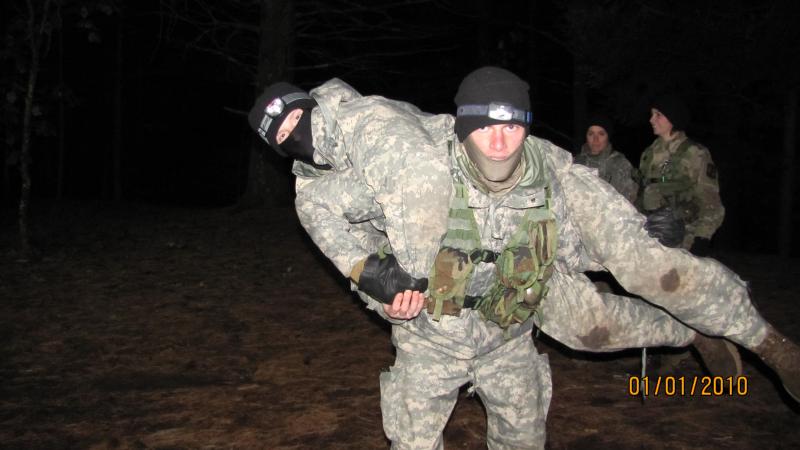 The weekend wrapped up on Sunday with a platoon on platoon paintball fight. Underclass cadets were able to have some fun and learn and learn some small unit tactics throughout a weekend training, while upper class cadets gained valuable leadership and staff repetitions.  Many MSIVs saw fruits of their planning labors, while others experienced how critical their staff positions were during the execution of a large training event. 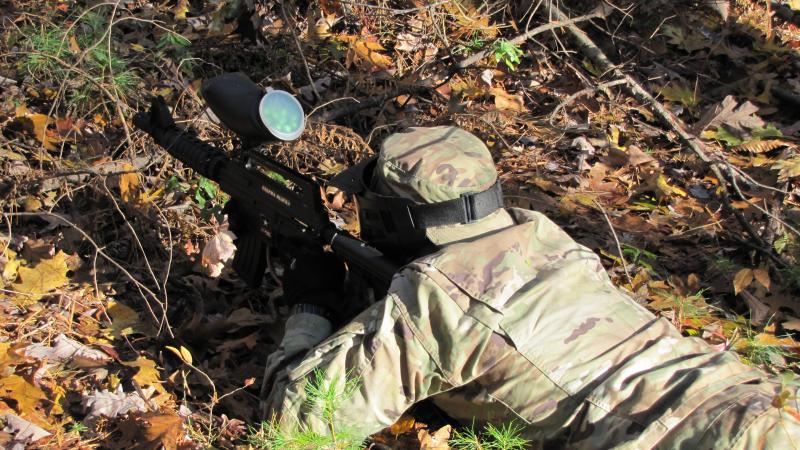