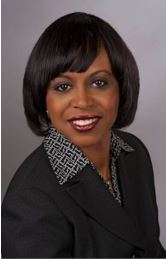 In writing for the March edition of the Christian Citizen, I spoke of women mayors who were breaking glass ceilings, but being cut by the shards. Most notable was Boston’s mayor, Michelle Wu. She is the first woman, first Asian, and first millennial, to be elected as mayor. She won her election not relying on white working-class neighborhoods for her victory but by galvanizing the popular vote with a platform promising a green, new deal. However, as the article notes, female mayors are more than twice as likely as males to experience psychological abuse and almost three times as likely to experience physical violence. For Mayor Wu, that has manifested into daily protests outside of her house, racist and sexist attacks, and even harassment targeted at her children.

While the article considers women mayors, women in every vocational arena who are breaking glass ceilings are suffering similar cuts from the shards. It is difficult to be the first or the only in any context. I have written of my experiences of discrimination through the course of my career: times when I was paid less than colleagues, challenges in being taken seriously, and times when my voice was silenced with my power blunted. And when we hear slogans like “She persisted” it isn’t just a catchy phrase, but rather the reality of what we have endured. Without perseverance and persistence, the women who you see in significant positions of leadership would not have survived. We are here and it is a testament to our tenacity and toughness.

So how is it now for generations of emerging female leaders? Sadly, it remains the same for too many women now as it was decades ago for those of us who have climbed atop our career ladders. For example, representation matters, and we all need to see those who look like us or have similar life stories as us on the journey. But there are too few female mentors with whom emerging leaders can identify. Additionally, some women are reluctant to help other women because socialization reinforces that there is only room for one. We think, “What if she is better than me?” But we must get past that mentality. As former Secretary of State Madeleine Albright said, “There’s a special place in hell for women who won’t help other women.” We must instead embrace the adage that affirms there is strength in numbers and as we help a sister to rise, together we will collectively go higher than we ever dreamed possible.

I ended my Christian citizen article by framing the ending affirmations in a theological context. I will not do that here, but the same encouragements hold true. I want women to continue to be pioneers and trailblazers. I want to encourage women to continue to break glass ceilings because there are new horizons and new endeavors for pursuit. But I know that women must put on reinforcements to prevent from being badly cut by the shards of the glass ceilings they break. To you, my sisters, I implore you to rely on your faith, whether that is a faith in a higher power, faith in self, or faith in the community in which you are embedded. This is your foundation. Rely on the reinforcements of the network that you were building. The Beatles said it, “I get by with a little help from my friends.“ You will do more than get by if you will draw upon and give strength to those around you. Finally, make space the women who will follow you. “Each one helps the other, saying to one another, ‘Take courage!’” Take courage my sisters, Happy Women’s History Month.