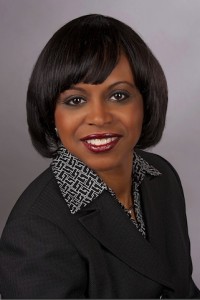 February marks Black History Month. Historian and scholar, Carter G. Woodson first established the observance to acknowledge and celebrate the contributions of people of the African diaspora. Originally a weeklong celebration, commemorating the birthdays of Fredrick Douglass and Abraham Lincoln, the observance was extended through the month of February in 1970 and officially recognized by President Gerald Ford in 1976.

I used to preach sermons through the month of February recognizing Black History Month when I was the pastor of the First Baptist Church in Needham, MA. As President Ford noted, Black History Month is the opportunity to “seize the opportunity to honor the too-often neglected accomplishments of Black Americans in every area of endeavor throughout our history.” And I used those February Sundays to share that history with my predominantly white congregation so they would be inspired by Black History. But one Sunday, a member complained, “Why don’t we hear White History sermons?” I was flabbergasted. How do you explain to people so accustomed to power and privilege that every day celebrates and recognizes them?

That privilege is particularly codified in our education system. Educational curricula have historically privileged androcentric, Eurocentric, and economically advantaged perspectives as the dominant narratives in the classroom. Conversely, the narratives of racially and ethnically underrepresented groups have been erroneously told or omitted. Such practices reinforce the belief that the narratives of the majority are of primary importance, while those of minorities are unimportant or insignificant. But we can change our practices. We can tell the entire story and feature the narratives of those whose voices have been marginalized. Tell the story of explorers like Columbus or Vespucci, but also tell the story of indigenous peoples who inhabited the land that white men “found.” Tell the story of Washington and Jefferson, but also note that the freedoms for which they fought were only extended to land-owning white men, not women, indigenous peoples, or those enslaved. Tell the whole story!

Yes, February is Black History Month, so I encourage you to take the time to learn the story, including the stories of those in our midst. And while you are learning, take the time to recognize and notice whose voice and narrative is missing in the discourse. Many hands, blood, sweat, and tears have brought us to this time. So, recognize and celebrate. Or, in the words of James Weldon Johnson, “Lift every voice and sing, till earth and heaven ring…”