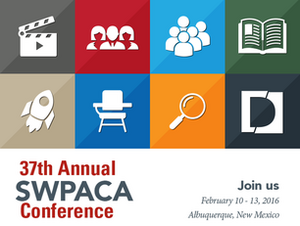 Chaima Jemmali and Jonathan Yangpresented “A Coding Game for Pre-Teen Girls”: Programming has become an essential skill and employment in computer science is expected to increase by 22% by 2020. Statistics show that while women represent 57% of the U.S. workforce, in 2013 they were holding only about 26% of computing. This disparity hurts the technology companies themselves since half of their users are females. Having more women in the workforce will help represent this part market.. Games, being a gateway to programming motivations, it’s important to have more computer games aimed at girls that will have them exposed to computers at an early age which is very important. In fact, women who succeed in computer Science are likely to have been introduced to the field early in life. However, the games that have historically enjoyed the biggest budgets and the highest returns are Call of Duty, Grand Theft Auto, Halo and other similar games that are aimed largely at a young male demographic. Our project is to design and program a video game that will teach preteen girls (10 to 12 years old) basics of programming with java in a compelling environment with characters they can identify with embedded in a relevant story. Our research on female preferences in games revealed that girls mostly like complex storylines, relationships between characters and puzzles. With those preferences in mind, we are designing “May’s Journey”; a game where you help a video game character “May” finding her friend and repairing the broken game world. The game is a 2D puzzle RPG where solving puzzles is done through programming. Based on our schedule, we are going to finish the game design and have a prototype by February, 2016 that we can present at the conference.

Jezz Lucena presented “Toys for Boys: The Role of Advertising on Sexism in Gamer Culture”: Video game consoles are one of the youngest markets in the entertainment industry. Even though, for most of its existence, video games were marketed and mostly played by males, it wasn't always like this. The masculine predominance of the video game market was a movement that was strongly intensified after the Arcade Crash in 1985. Niche-defining marketing practices helped the Video Game Industry to come back from its own ashes after the crisis, but they are also the practices that strongly shaped how gamer culture came from a must more gender equalitarian past to a patriarchal era that began around the late 1980s and still prevails until nowadays. One's capacity of imagining himself or herself in a role was a big part of how marketing helped video games and personal computers to become "toys for boys" in the eyes of parents all around America. This work will focus on explaining how advertising influenced the way video games' target audience developed throughout the 1980s, 1990s and 2000s, with movements that used both gender excluding niche-defining practices and more broadly family-targeted movements that happened both before the Arcade Crash and 20 years later, during the motion-sensor hype.

The mission of the Southwest Popular/American Culture Association (SWPACA) is to promote an innovative and nontraditional academic movement in Humanities and Social Sciences and to celebrate America’s cultural heritages. To provide an outlet for scholars, writers, and others interested in popular/American culture, to share ideas in a professional atmosphere, and to increase awareness and improve public perceptions of America’s cultural traditions and diverse populations.