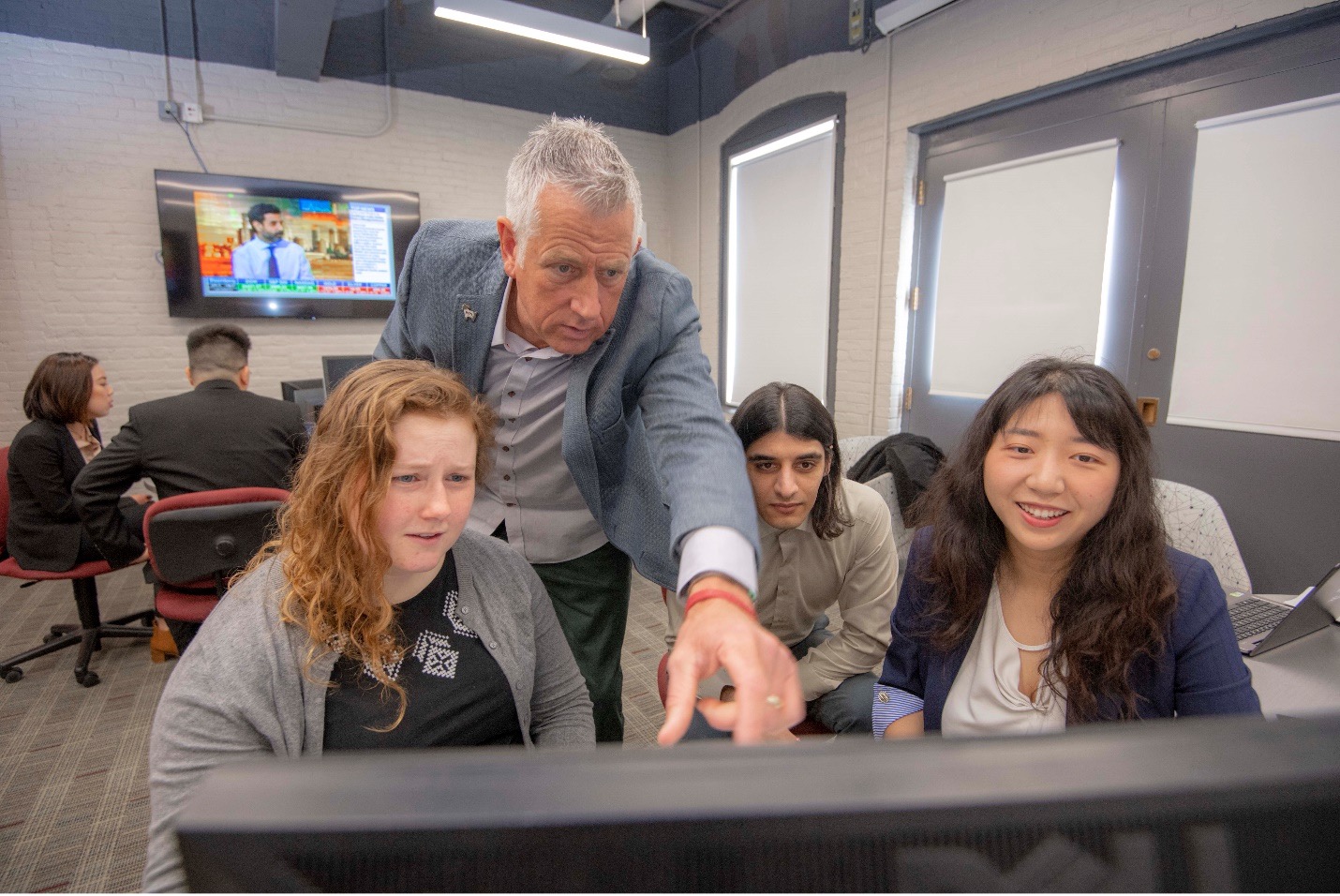 Norm Wilkinson, Executive Director of Programs for The Business School, joined WPI in 1995. As an expert on our programs, Norm worked diligently with our faculty and staff to ensure that our programmatic offerings were exceptional and met the demands of students who sought to integrate business acumen with technological prowess. However, it was Norm’s work with our students that made him truly exceptional. For years, Norm met with dozens of students each term, counseling them on the efficacy of their studies, hearing their concerns, and always serving as an advocate who sought the best for each student. Because of his relationships with students, Norm was instrumental in supporting those who faced tough challenges - mental health, family issues, academic problems, etc. - and played a significant role in helping them find the professional resources they needed. Our students came to know and rely on Norm, and he has been, for many, the face of The Business School.

Norm extended himself across divisions and departments for the benefit of our students. Hundreds of students committed themselves to earning a Master of Science degree in Management because of Norm’s influence, and to that end, the “BS in Anything / MS in Management” has become one of our largest graduate programs in the Business School. His persuasiveness had nothing to do with wanting to grow a graduate program, but rather everything to do with wanting students to leave WPI with the best credentials possible. He worked personally with each student opting for this path to show them how they might complete their graduate studies even as matriculating undergraduate students. Norm made it his business to understand the student so that he could support them toward their ultimate goals and success.

This passion for our students was also evident in his service as an Insight Advisor. For more than a decade, Norm served, devoting significant time to students during A and B terms despite additional demands at the beginning of the academic year.  He developed durable relationships with first year advisees, and they sought his mentorship throughout their time at WPI. He personified service-before-self, meeting with students during normal business hours then tackling his significant administrative responsibilities late into the evening. His commitment to our students became even more pronounced when his family relocated to York, ME during the pandemic. Nevertheless, he made the trip to WPI several days a week just to engage with students. One of his staff members commented, “Despite his busy schedule, Norm was always willing to spend as much time as needed, meeting and advising with students. He truly cared about them and their experience at WPI, academically and outside of the classroom.”

Our school has grown and is recognized as one of the top Business Schools in the country, which is a tribute to our faculty, staff, and yes, Norm, because of the success of our programs. But what kept Norm committed to this work was the students. He noted that the best thing we could give our students was confidence – a belief in themselves.  Norm had the distinctive privilege of seeing students for whom he advocated – whether from Mumbai, Shanghai, Tokyo, or any of the places to which he traveled on behalf of WPI - flourish in their new lives in the U.S. That has been his greatest reward. In his words, “Helping my shy, quiet freshmen advisees transform into strong campus leaders kept me energized.” Norm was energized on behalf of our students for 27 years.

Norm will retire from WPI on July 1, 2022. In so many ways, he has been the backbone of The Business School, and as such will leave a huge hole in the hearts of so many who came to rely on Norm.  His sustained dedication and selfless commitment to others made WPI better in ways we cannot begin to measure. So, on behalf of a grateful WPI community, we simply close by saying “Thanks Norm!” We wish you the very best in this next chapter.