Trent Germano: From Turf and Grass to Steel and Glass 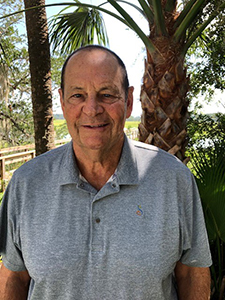 Trent Germano ’71 credits football for bringing him to WPI.  Having had a great senior year of high school football on Long Island, he found himself being recruited by several schools, including Union and RPI.  He was interested in going outside of New York, so WPI became his top choice.

When he arrived at WPI, he played football and studied civil engineering. He learned quickly that he needed to learn effective time management to juggle his various activities. He enjoyed many of the WPI traditions, including Homecoming, Spree Days, and sledding down the hill near Boynton Hall on cafeteria trays. He was also a member of Phi Gamma Delta Fraternity.

After graduation, he went on to pursue dual Masters’ degree at Georgia Tech in civil engineering and city planning, and it was then that he understood the very strong foundation that WPI had provided him in his undergraduate studies. While he thinks back on himself as a mediocre student at WPI, he felt like he had a leg up on many of his peers in his graduate program and was able to secure both a research assistantship and then a teaching assistantship due to his academic success.

Germano began his career working in the transit industry in Atlanta and then moved into the construction consulting business. In the mid-1980’s that work led to a position with Carter & Associates in Atlanta where he became a commercial real estate developer. Germano ultimately became one of the owners of the company, named Vice-Chairman and was responsible for all development activities.  He is currently a principal and co-founder of the Mariner Group, an investment and development company, located in Atlanta and Hilton Head. Currently they have three projects in development and are working on a few other opportunities. His firm recently completed and celebrated the opening of the first phase of the Eastern Wharf, a 50-acre, riverfront project, in downtown Savannah. This phase includes a 193 room Thompson Hotel, a 306-unit multifamily apartment project overlooking the Savannah River and 30,000 square feet of mixed-use retail.

During construction of the apartments at Eastern Wharf, a major fire occurred setting the project back nearly 11 months. Fortunately, there were no fatalities or injuries from the fire. “Construction is still a dangerous business, despite all of the focus on safety. Unfortunately, I have had two projects in the past with accidents or falls which resulted in loss of life. That kind of situation negatively impacts how you feel about the project going forward. It’s never the same. With this fire, everyone reacted as they were trained to, the building was evacuated, and no one got hurt.  That made it easier for us to wipe the slate clean and start over.  I’m proud of how the team handled the adversity and came together.” This spirit reflects Germano’s resilience and ethics of putting people first.

Germano continues to stay active when he’s not working, reflecting the importance for him of the mind/body connection. He notes that he has the pleasure of living in a place that is conducive to outdoor activities. He enjoys boating, fishing, and golfing. “My wife and I are currently on a mission to play golf in every state.  We’ve done 38 states so far.” he shared.

Because of the important role of football during his time at WPI, and its continuing importance for his family – his son played football at Colgate – he created an endowed fund for WPI Athletics. He was able to attend WPI thanks to the generosity of alumni who came before him, and he understands the importance of giving back to the institution that helped him to become the successful developer that he is today. WPI is proud of his accomplishments and salutes him on bringing the Eastern Wharf Project to fruition despite a fire and a global pandemic.