Senior co-captain Kelsey Saucier threw a one-hitter in the opener and earned the victory in relief of game two as WPI softball went on the road and swept nationally-ranked Babson on Saturday afternoon.  The Engineers took game one of the NEWMAC doubleheader 5-1 and captured the nightcap 3-2.  WPI, which has now matched its season-best winning streak of six and 14 of the last 16, improves to 17-5 on the season and sits atop the conference with MIT with just one league loss.

Men's Rowing varsity eight captured the Class of 2013 Cup for the third straight spring, crossing the line first in its season-opening regatta Saturday on a chilly Lake Quinsigamond.  The Crimson and Gray outraced a strong Wesleyan boat, topping the Cardinals by less than a second (6:07.6 to 6:08.5).  Women's Rowing team kicked of its spring season Saturday, hosting the Jennifer McLaughlin Cup on a cold morning Saturday on Lake Quinsigamond.  The varsity eight, ranked seventh in the most recent CRCA/US Rowing Coaches Poll, placed third in its five-team race.

Alex Rus secured two of WPI's seven victories as Men's Track & Field handily won the Amherst Spring Fling on Saturday. The sixth-ranked team in the region totaled 139 points to more than double second-place Brandeis (68). The Mammoths were third (51) as regional No. 2 Middlebury was fourth (49), national No. 19 Williams was fifth (42). Rus took the 100- and 200-meter dashes in times of 11.14 and 22.31. Fabian Gaziano headlined the 110-meter hurdles (15.74) as William Kopellas leaped 21-4.75 to win the long jump and Brandon Hoghaug cleared 6-2 to deliver the high jump.

Four field individuals and a relay collected wins as Women's Track & Field team finished first at the Amherst Spring Fling Saturday. The Engineers, ranked 10th in the region, totaled 89 points to edge out Wheaton who amassed 87 points. Kirsten Herchenroder was the top collegiate performer in the discus with a winning distance of 104-4 as Elizabeth Kirschner claimed the long jump with a leap of 16-2.5. Brittney Lambert cleared 5-2.5 to secure the high jump, and rocket to the top of the NEWMAC performance list, and junior Kendra O'Malley sent the hammer 138-1.

Baseball and Softball are home twice this week while the weekend belongs to Men’s and Women’s Rowing. Baseball hosts Wheaton (Tuesday) and Coast Guard (Friday) at 3:30pm as Softball entertains Worcester State Tuesday at 4pm and Coast Guard Friday at 3:30pm. Saturday features the Donahue Cup as the men take on Williams, Conn. College, Rochester and MIT and the seventh-ranked women face No. 3 Williams, Conn. College, Simmons and Rochester. On Sunday, the 2017 New England Champions will be joined by Rochester, RIT and Bates - the 2016 regional champs - for the men’s portion of the regatta while the women will be tested by No. 1 Bates, Trinity, No. 6 RIT and No. 9, and seven-time defending NEWMAC champion, Wellesley.  Track and Field is at Connecticut College for a Distance/Multi-Event on Friday and the Silfen Invitational on Saturday.

Student-Athlete of the Week 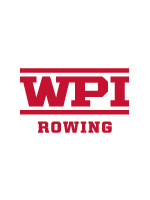 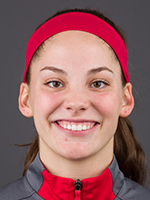 Brittney Lambert of the track & field team has been named as the WPI Female Student-Athlete of the Week for the week ending Sunday, April 8th. Lambert won her first high jump competition of the season and ended the weekend atop the NEWMAC performance list with a clearance of 5-2.5. It is the senior’s ninth career win and third in as many trips to the Amherst Spring Fling. The victory also helped the Engineers take the team crown for the third consecutive season.