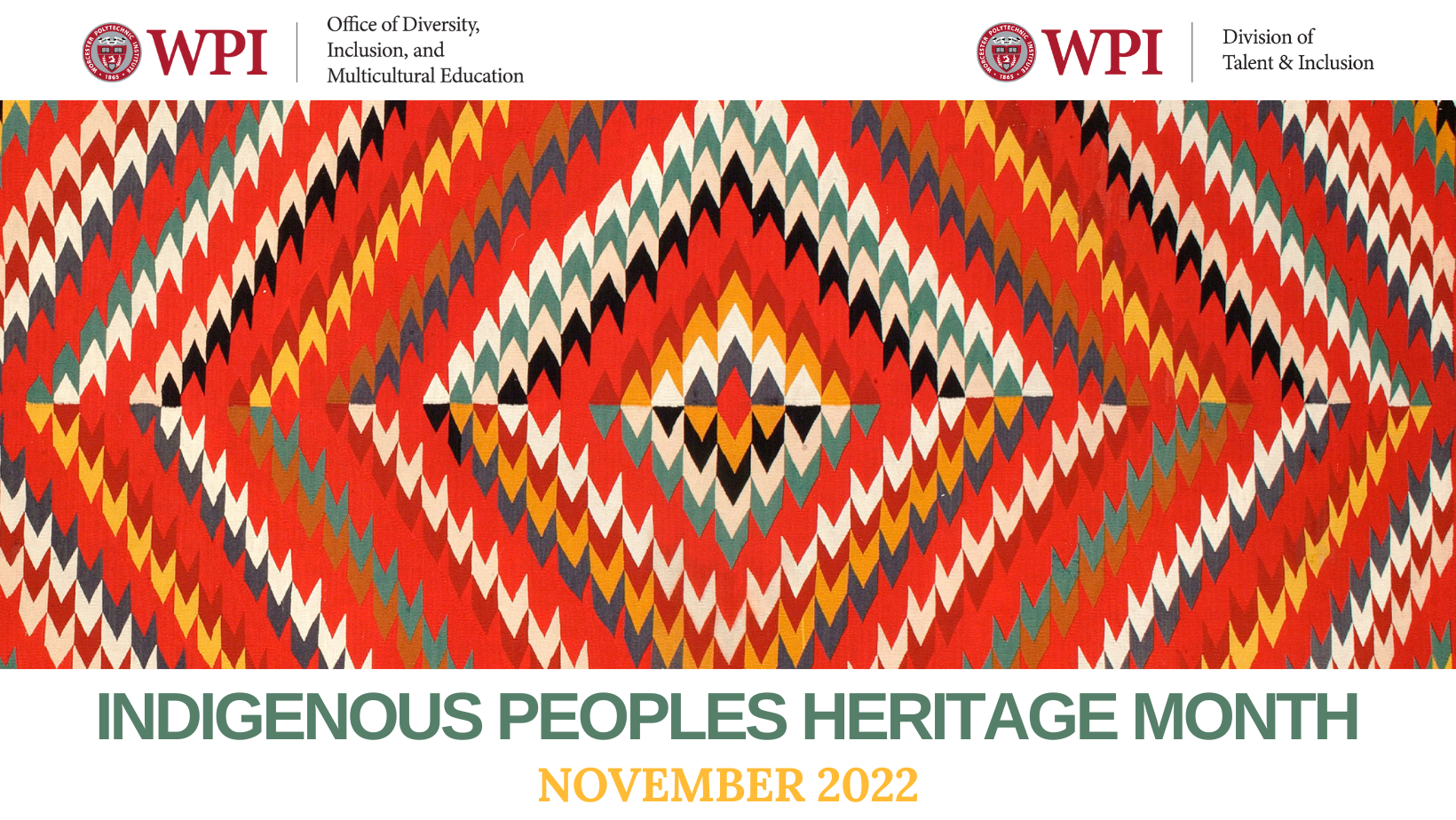 WPI acknowledges the painful history of genocide in the U.S. for native and indigenous peoples. As a public statement that honors the indigenous people as native inhabits on this land, WPI honors and respects the many and diverse tribal nations who were forcefully removed from their sacred lands.

WPI would like to recognize the people of the Chaubunagungamaug and Hassanamisco Nipmuc Tribe as the traditional custodians of the land on which we work. We take this moment to honor their elders, past, present, and emerging. WPI strongly advocates for higher education professionals to honor the land, the original tribal occupants, and the history of where they are located.

In Worcester, Massachusetts (USA) we work, learn, live, and thrive on the ancestral homeland of the Nipmuc Indigenous tribe. Learn More

Thank you to all of the members of the Indigenous Peoples Heritage Month Planning Committee who made this month possible:

"One of the very proponents of an American Indian Day was Dr. Arthur C. Parker, a Seneca Indian, who was the director of the Museum of Arts and Science in Rochester, N.Y. He persuaded the Boy Scouts of America to set aside a day for the “First Americans” and for three years they adopted such a day. In 1915, the annual Congress of the American Indian Association meeting in Lawrence, Kans., formally approved a plan concerning American Indian Day. It directed its president, Rev. Sherman Coolidge, an Arapahoe, to call upon the country to observe such a day. Coolidge issued a proclamation on Sept. 28, 1915, which declared the second Saturday of each May as an American Indian Day and contained the first formal appeal for recognition of Indians as citizens.

The year before this proclamation was issued, Red Fox James, a Blackfoot Indian, rode horseback from state to state seeking approval for a day to honor Indians. On December 14, 1915, he presented the endorsements of 24 state governments at the White House. There is no record, however, of such a national day being proclaimed.

The first American Indian Day in a state was declared on the second Saturday in May 1916 by the governor of New York. Several states celebrate the fourth Friday in September. In Illinois, for example, legislators enacted such a day in 1919. Presently, several states have designated Columbus Day as Native American Day, but it continues to be a day we observe without any recognition as a national legal holiday.